One nail in the coffin: Infrastructure bill goes to vote without crypto amendments

Last night, as a tumultuous evening for the crypto industry played out across the Senate floor, all eyes were on one thing, the make-or-break amendment put forward by a bipartisan coalition of leading Senators to avoid a calamitous crypto tax – but it was not to be, lone gun Senator Richard Shelby shot the amendment down.

The Lummis-Portman-Sinema-Toomey Amendment was a surprise last ditch effort that sought to bring together key figures from across the Senate in a compromise between two shot-down rival amendments; both aimed at clarifying the brokerage tax attack on crypto miners, validators, and wallet providers.

Whilst the coalition of compromise offered the promise of hope; the odds were stacked against it. It needed unanimous support (from all 100 senators + Vice-President Kamala Harris) in order to pass into modifying the controversial infrastructure bill.

The new infrastructure bill has become the battleground for the debate over cryptocurrency regulation, but with cross-house compromise appearing like sunlight on the horizon – hopes were high.

The bipartisan amendment vote came to tally and the results came in: 99 – 1.

Never before in the field of crypto regulatory conflict has so much damage been caused by one man.

The soon-to-retire, 87-year old Senator from Birmingham, Alabama stubbornly shot down the bill, refusing to vote in support of the cross the floor effort, after his own amendment – a $50Bn tack on cash grab for defence spending failed to receive any significant support.

This means that there has been no successful amendment clarifying the blanket application of a ‘brokerage tax’ across the industry.

The legislation is seeking to tax $28 billion from the industry, but has come under fire from many crypto-supporting congressional figures that see it as damaging to innovation in digital technology and government encroachment on an emerging financial industry.

The proposed tax applies in a blanket to most of the American crypto industry in its current wording which classifies miners, validators, and even e-Wallet service providers as brokers with equivalent brokerage tax liabilities.

This has led to the proposition of the so-called Lummis-Toomey-Wyden amendment, which aims to clarify this major misinterpretation and exempt the miners and non-brokerage services from the proposed brokerage taxes.

In response to this, a rival amendment was proposed by other lawmakers – known as the Portman-Warner amendment – which, curiously, offers the same exact exemption but exclusively for Proof of Work (PoW) miners.

This second amendment was widely castigated as an attack on the future of crypto by effectively killing of new Proof of Stake (PoS) technologies – and won unexpected White House backing.

However, neither amendment came to fruition – leaving the unamended and unclarified passage of the bill a looming threat.

This underpinned the bipartisan effort to reach a compromise over the clarification and reach consensus for an amendment, unfortunately for the crypto industry – the bill was shot down by the lone gun Senator Shelby.

Another amendment was put forward by the impassioned Senator Ted Cruz in an effort to completely strike-off the crypto components of the infrastructure bill.

This too failed to achieve unanimous consensus – thanks again in part to Senator Shelby’s refusal to vote for any amendment after his $50b defence spending amendment failed.

The infrastructure bill will consequently pass through the Senate completely intact with its original unclarified wording regarding the brokerage tax.

Next the bill moves to the second-chamber, the U.S. House of Representatives, many are expecting the newly formulated coalition and freshly-awakened crypto lobby to make a big effort to see a completely new clarification amendment passed in the hot-tempered House.

If all else fails it would be expected that the case will be taken up in the courts – some speculate that a Supreme Court challenge could be posed by the crypto industry if passed into law, seeking to find exemption for miners, validators, and service providers.

Who are the key players?

Amidst the ongoing congressional regulatory battle, a number of significant and key figures has emerged as leaders on both sides of the debate. Coin Rivet takes a quick look at the key players in the debate.

Background: Senator Pat Toomey is a Harvard educated former-Wall Street Banker representing Pennsylvania. He is extremely outspoken on issues of financial regulation as a big voice on the Senate Banking Committee. Toomey has stood as one of cryptocurrency and DeFi’s leading evangelists and advocates in Congress, working hard to defend the crypto industry from the ongoing regulatory attacks in Congress as well as on the Committee. He is an investor in the Grayscale Bitcoin Investment Trust.

Role: Senator Toomey has played a key role on the forefront of the ongoing infrastructure bill, standing as a leading figure pushing for an immediate and essential clarification of the legislative text that could see a blanket brokerage tax across the industry. He wants to see the definition of a crypto broker narrowed to exclude crypto miners, network node validators, and service providers such as e-Wallet and cold storage companies. This has seen him put his name to the first amendment proposal to clarify the text, as well as the bipartisan compromise amendment. 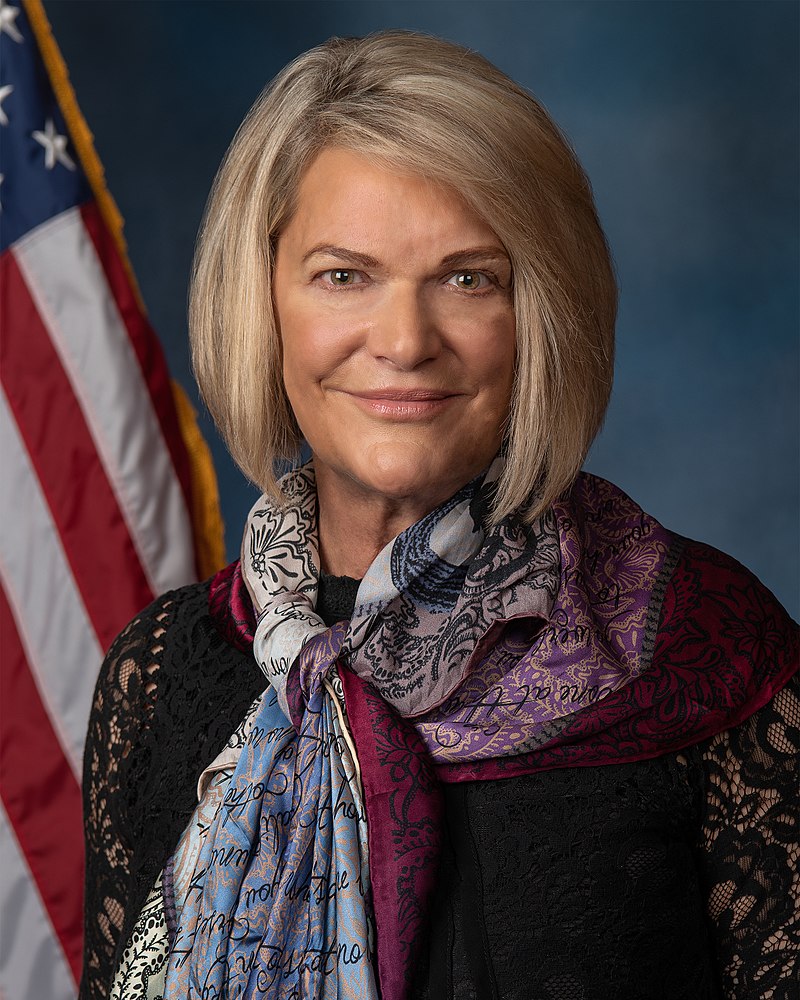 Background: Hailing from Cheyenne, Wyoming – Senator Lummis is one of the biggest Bitcoin evangelists in Washington D.C and has actively supported the industry very publicly long before the infrastructure bill sparked this major debate on cryptocurrency regulations. Back in June the Senator told the media that she believed Americans should begun acquiring Bitcoin (BTC) to protect their retirement savings as a hedge of uncontrolled inflation and debasement of the US Dollar (USD). She has revealed that she has significant Bitcoin holdings.

Role: Alongside Senator Toomey, Lummis is a prominent voice defending cryptocurrencies on the Senate Banking Committee. A well-known crypto evangelist, she has stood at the heart of efforts to build a large coalition to protect crypto miners against the brokerage tax proposals in the infrastructure bill – lending her name to the first proposed amendment, voicing support against the White House backed attack on PoS miners, and in a demonstration of bipartisanship putting her name to the compromise amendment. 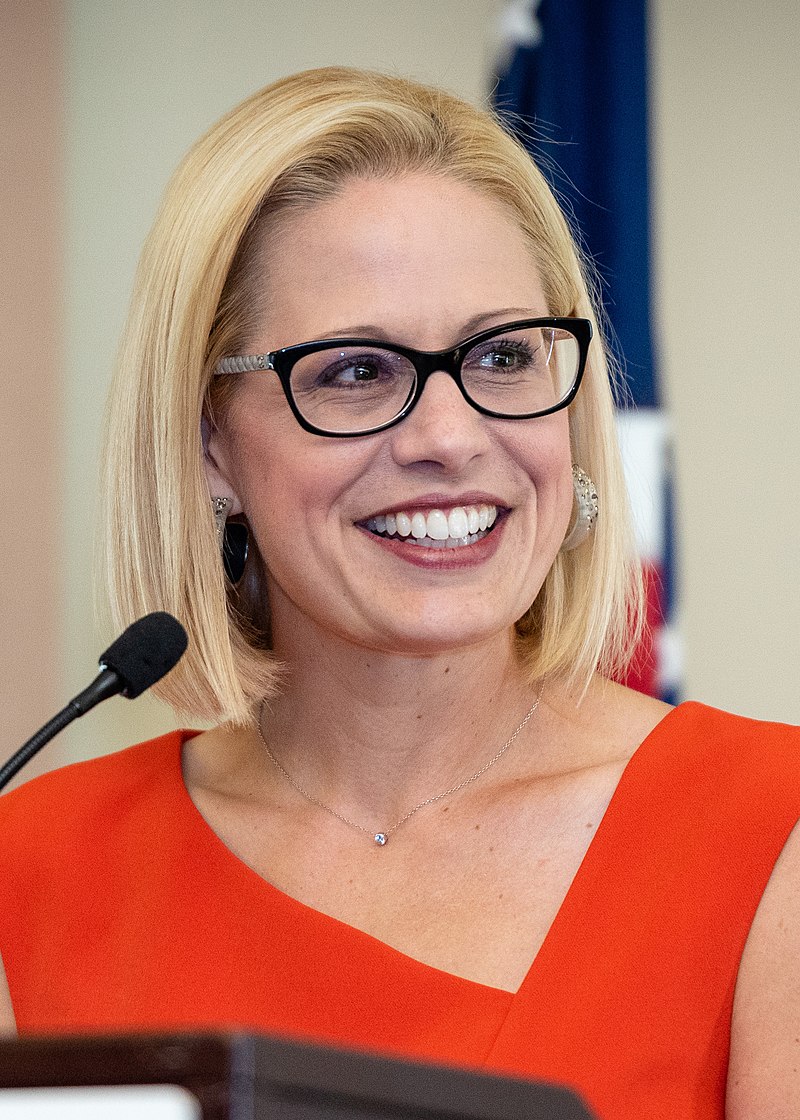 Background: Senator Sinema is a moderate-Democrat and big advocate of bipartisan work in the Senate, originally from Tucson, Arizona. She has played a significant role in representing LGBT rights in the Senate, and has made a name by working regularly across the floor – to the glee of the GoP and to the irritation of the Democrats. She voted with Donald Trump’s position 25% of the time during his Presidential term, the second-most of any Democrat in the Senate. She is a co-founding member of the U.S. Senate Financial innovation Caucus alongside Lummis.

Role: Seemingly the third musketeer in the defence against the crypto cash-grabs in the Infrastructure Bill, Senator Sinema has put her name to both the White House backed amendment, as well as the Bipartisan amendment. More importantly, she has been the leading Democrat of the pro-crypto industry coalition, acting as a key bridge between the two parties as unanimous compromise has been sought – this bold move has put her at odds with the Yellen Treasury administration and other prominent Democratic figures, she remains undeterred. 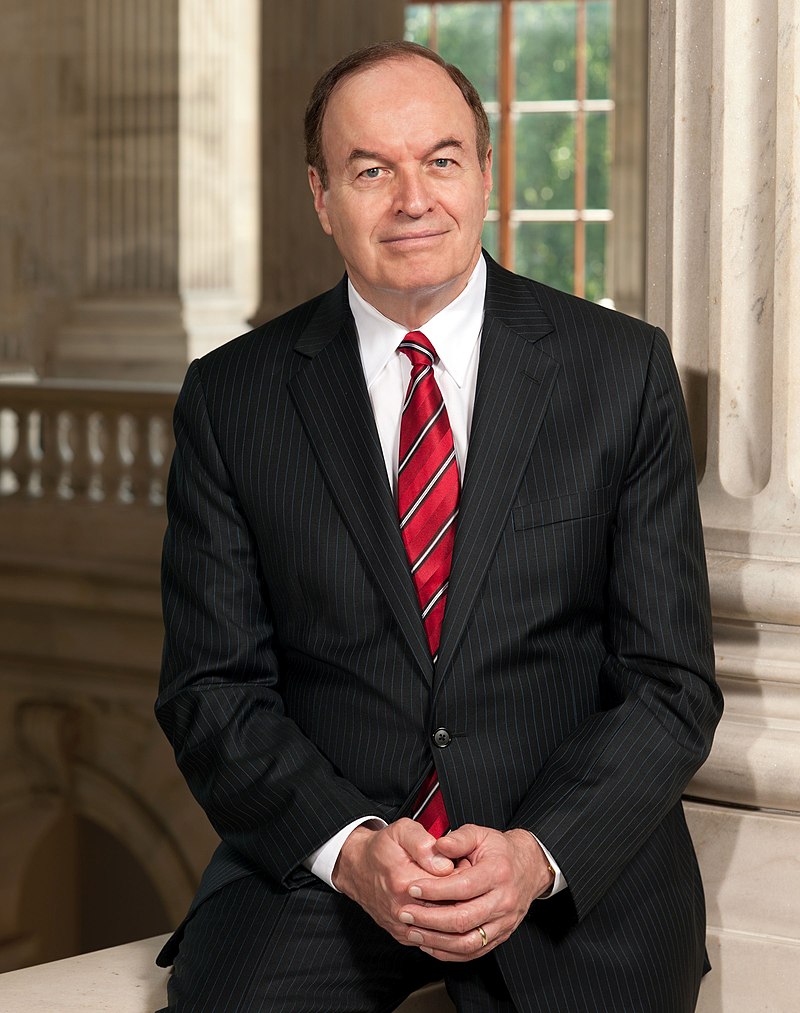 Background: The 87-Year old is a former Democrat, that switched to join the Republican party (GOP) in 1994 under President Bill Clinton, is a staunch Conservative. A native of Birmingham, Alabama – notable for being the birthplace of Veterans day – Shelby studied at the University of Alabama School of Law in 1963 during the famous ‘Standoff at the School Door’ between Governor George Wallace and the Alabama National Guard (acting on the Authorisation of President Kennedy).

Role: Shelby is the Senator that stood against the entire Senate in his opposition to the bipartisan amendment that would seek to bring a cross-house consensus on the clarifications surround the new infrastructure bill’s overly-broad application of a brokerage tax across the crypto industry that could exempt crypto miners, node validators, and wallet service providers.

Background: A well known face in recent American politics, the Senator from Massachusetts has been a firebrand critic of Bitcoin, cryptocurrencies, and the DeFi industry at large. A failed candidate in the 2020 Democratic Primary, Warren commands one of the loudest voices in the Senate – and sits with a lot of influence as the Vice Chair of the Democratic Caucus in the Senate.

Most vocal on financial and banking issues, Warren lead the establishment of the Financial Protection Bureau (set up in the aftermath of 2008) and was also responsible for congressional oversight of the Troubled Asset Relief Program following the financial crisis. This has made her an absolute hawk on investor protections, and has led to her harsh stance on cryptocurrency and crypto regulations.

Role: Warren has emerged as the most outspoken critic of crypto in the U.S. Senate. Before the proposition of the Infrastructure bill, and preceding a key Senate Banking Committee hearing titled ‘Cryptocurrencies: What Are They Good For?’, Warren penned a firebrand letter to controversial crypto-opponent U.S. Treasury Secretary Janet Yellen calling on her to implement incredibly strict crypto regulations before they loss control of the innovative global industry.

“The idea behind the amendment in the bipartisan deal is simply to level the playing field on reporting,” said Senator Elizabeth Warren.

“It’s not a direct tax on crypto, it’s simply a reporting requirement that’s in place everywhere else. That seems like the right approach.”

Background: A well-known face in Republican circuits, Senator Ted Cruz represents Texas and is arguably one of the most vocal conservative voices in Congress – having placed second in the 2016 Republican Presidential Primary right behind Donald Trump. A figure of significant controversy in the aftermath of the 2021 Attack on the U.S. Capitol and a staunch supporter of the latter Trump Presidency, the Harvard Law graduate is a strong supporter of cryptocurrency and has been a key influence in the attraction of the crypto industry to his home state Texas.

Role: A very prominent opponent of U.S. Treasury Secretary Janet Yellen, and an extremely vocal defender of the crypto industry – Cruz has backed multiple amendments, and lent his name to his own last ditch amendment aimed at completely removing the entire crypto component of the Infrastructure Bill from the legislative text.

What the Senate said tonight: Let’s tax the hell out of something we know nothing about, so we can pass a giant bill we haven’t read, and spend the American people’s money on stuff we can’t afford.

If you want to find out more information about Solana or cryptocurrencies in general, then use the search box at the top of this page. Here’s an article to get you started.

Disclaimer: The views in this article do not necessarily represent the views of Coin Rivet.

Japan FSA chief: Country has to wait for crypto-restrictions relief