7 reasons why Dogecoin is a better memecoin than Shiba Inu 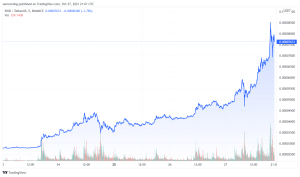 Dogecoin (DOGE) was temporarily displaced as the 10th biggest cryptocurrency and highest ranked memecoin by market size, leading to euphoria amongst SHIB holders on twitter who dubbed it the great flippening.

And then The Flippening happened. #SHIB > #DOGE 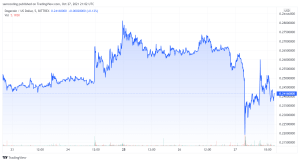 As markets suffered across the table, one exceptional trader has even pulled off what many are calling the greatest trade of all time – turning an $8,000 investment in SHIB back in August 2020 to an eye-watering $5.7bn in 400 days.

We may actually be looking at the greatest individual trade of all time. pic.twitter.com/LtdgQ83bKP

Needless to say, it’s a happy day in his or her household.

But with Dogecoin already re-asserting its dominance in the memecoin rivalry – Coin Rivet decided to take a look at what really makes DOGE a superior meme coin to SHIB.

7 reasons that Dogecoin (DOGE) is better than Shiba Inu (SHIB)

Back in May, in what was widely deemed a publicity stunt by the Shiba Inu developer team, Vitalik Buterin (the creator of Ethereum) was given around half of the SHIB supply – valued today at more than $30bn.

Many SHIB holders actually responded with despair, there was palpable fear that the fate of the entire token (and countless individual’s investments) was recklessly thrust into the hands of a young billionaire that had nothing to do with the project.

We will act responsibly!

And the fate of the remaining 410tn tokens?

He simply burned them sent off to the abyss of a dead wallet.

#2 – Dogecoin is a more credible store of value

Dogecoin was originally developed all the way back in 2017 – as a fork of modelled on Litecoin (itself a fork of BTC),this keeps DOGE a surprisingly credible infrastructure and additionally as it’s based on the Scrypt mechanism it can actually be scaled much better than Bitcoin.

The supply – while still questionable – is certainly more attractive than SHIB.

Dogecoin’s supply mechanism is rooted in its intended usage as a highly-accessible p2p method of exchange – and this incorporates an inflationary device (adding currently around 5 billion DOGE per year) intended in the white paper to prevent long-term holding diminishing circulation and minimising transaction fees.

The developers behind Shiba Inu have taken a different and much less sophisticated approach when it comes to the token’s supply mechanism. Instead opting for a ridiculous total cap of 1 quadrillion tokens.

Buterin’s project dismal certainly helped fix the outrageous tokenomics of SHIB halving the circulating supply to 500 trillion, but even with Dogecoin’s inflation mechanism it will take around 8 years for DOGE to outstrip SHIB supply.

The point about DOGE that people miss is that DOGE's imperfections and simplicity are it's greatest strengths. You can only use it to do 2 things: Spend It or HODL It. Both are easy to understand. And it's cheap to buy. Which makes it a community anyone can join and enjoy.

Baseline as a store of value, DOGE is less vulnerable than SHIB.

One of the shining draws of Dogecoin as the original and premier memecoin is the fact that it is inspired by a super popular internet meme – the infamous Doge.

Doge first emerged in August 2013, quickly spreading like fire across the internet – emerging as such a cultural phenomenon that it was mentioned in the US Congress and won a number of annualised accolades for pop culture. 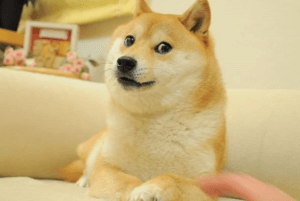 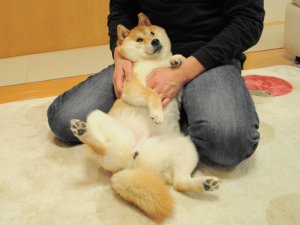 So when we’re looking at Shiba Inu coin – unlike Dogecoin – we’re not looking at an authentic meme, it’s not even in the same category it is simply a caninecoin masquerading as a memecoin – a hollow facade.

What are the dangers of this you may ask?

Well Shiba Inu confusion with the original Kabosu is driving a silent crisis for the dog breed as owners scramble to copycat Doge.

A massive heavyweight sat in the Dogecoin corner is infamous crypto influencer and tech entrepreneur Elon Musk – the industry titan is a strong advocate and supporter of DOGE. Even going as far as to label himself the Dogefather.

In the past the Tesla CEO has seriously influenced and driven impressive Dogecoin price action through his popular twitter account – earning him the coveted title ‘CEO of Dogecoin’ after igniting major rallies.

And in a surprise move earlier this week, Musk said that he personally owned dogecoin – putting speculation that he held SHIB to bed and denting its price.

In a recent tweet Musk laid out exactly why he’s thrown his weight behind the memecoin – explaining that the everyday people around him at Tesla and SpaceX inspired him with the idea of a true people’s coin.

Lots of people I talked to on the production lines at Tesla or building rockets at SpaceX own Doge. They aren’t financial experts or Silicon Valley technologists. That’s why I decided to support Doge – it felt like the people’s crypto.

Dogecoin has even entered the stratosphere in honour of Musk – let me know when SHIB accomplishes such heights.

I sent an actual Dogecoin to space with a weather balloon for @elonmusk 50th bday #DogeFather #DogecoinToTheMoon $DOGE pic.twitter.com/WSLTdaBwVT

It is absolutely no secret that Shiba Inu token – only thrown together last year – has been created to mimic Dogecoin, with an identical use case demonstrating a clear intention to free ride on the back of DOGE’s hard-earned success.

What’s more? It’s not even got a serious valuation.

It is difficult for institutions and commercial enterprises to give it any significant credibility as a means of transaction when it isn’t even valued as $0.01 – this highlights an immense barrier to any meaningful adoption.

The gimmicky price point writes it off as little more than a cheap Dogecoin knockoff with none of the functionality.

As explained earlier, Dogecoin has a brilliant feature called the Scrypt algorithm which is the major point of divergence from Bitcoin’s SHA256 and facilitates much faster block creation – making Dogecoin significantly faster than BTC (by a factor of 10!).

Shiba Inu by comparison is an ERC-20 token that still functions on Ethereum’s proof-of-work mechanism – which is theoretically similar to Dogecoin but in practice materalises at a a rate reflective of the block creation time and transaction rate of its parent network.

Things could change here with the launch of Ethereum 2.0 and the move to more environmentally friendly Proof of Stake validation for ERC-20 token transactions.

#7 – Dogecoin genuinely have the best community

The gleaming crown of ‘top memecoin’ is really worn by its community, and Dogecoin defines community better than almost any project in the cryptosphere – with a legendary presence that is applauded widely as a fantastic onboarding tool and public relations exercise for this emergent industry at a retail level.

Nothing is more testament to this than the insatiable 12,000 per cent rally driven by pure community will during the AMC saga back in Spring – which was ignited by the /r/wallstreetbets community decision to pump GameStop stock in response to Citron research and institutional shorts against the beloved entertainment chain.

The incident inspired a huge influx of meme-powered retail investment energy – the subreddit exploded by 1.5m users overnight, and attention quickly turned to crypto amidst the spring phase of the 2021 bullrun.

Within 24 hours Dogecoin had undertaken a sensational rise to prominence, with the community single-handedly rallying DOGE more than 140 per cent free from any institutional support.

Inspired by the film Cool Runnings – in 2014 the Dogecoin foundation sponsored Jamaican athletes to travel and compete in the Sochi Winter Olympics games in the end Dogecoin community funding contributed towards the travel of the Jamaican bobsled team and the individual journey of luge champion Shiva Keshavan.

Then in 2020, Doge4Water was founded and successfully raised more than $30,000 in donations to build two wells in the Tana river basin in Kenya following years of severe drought.

Personal Disclaimer: This is my opinion and intended as a jovial response to impressive Shiba Inu price action. I fully disclose that I have Dogecoin in my personal portfolio.