The auction ends on September 27.

The tokenised artworks are the result of a month-long testnet CoLearn Paint project which sought to demonstrate the potential of Fetch.ai’s cutting-edge machine learning algorithms.

In a synthesis of community participation and artificial intelligence, holders of the blockchain’s native FET token were able to bid to contribute towards the creation of the artworks through a fair dutch-auction mechanism.

This was in order to demonstrate the progress of Fetch.ai’s collective learning technology, and showcased just how easy and fun it can be for regular people to engage with these innovations.

I was lucky to secure one of 200 participant slots to take part in the event to get an insight into how CoLearn Paint works.

The first step was to plant suitably random seeds from which Fetch’s powerful machine learning algorithms could learn in the form of a user-submitted Entropy (or randomness patters) which are essentially participant-generated squiggles.

Needless to say, I had some fun participating in this part of the interactive AI demonstration.

The next phase of the project involved voting in a series of rounds aimed at helping the AI algorithm to deduce the preferential aesthetics amongst participants – this saw slot holders presented with a swathe of images and asked to choose five favourites.

Having been given the seeds of randomness, and informed of the aesthetic preferences of the creators, the machine learning algorithm produces a series of original AI-generated works of art.

The decentralised community then had the opportunity to vote and decide which three should be auctioned in this ground-breaking industry first.

The results were spectacular, and have exceeded all expectations. 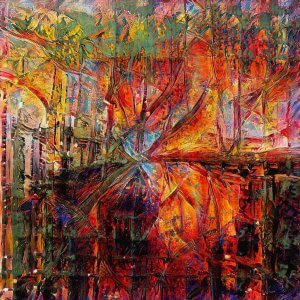 In third place is a breath-taking and colourful piece called Smoggy. 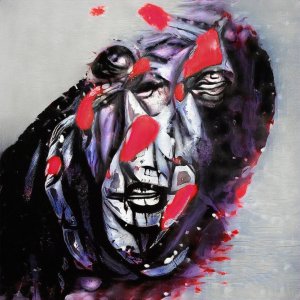 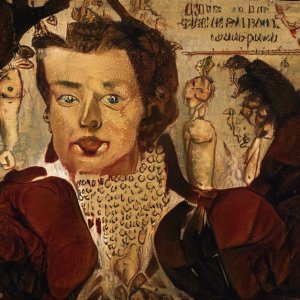 Finally, voted by Fetch.ai’s community as the most outstanding and awe inspiring work produced by the cutting-edge collective learning algorithms – Dull.

Coin Rivet was invited to have a conversation with the collective learning framework’s project lead – Fetch.ai Senior Engineer Emma Smith – to discuss all things NFT, Artificial Intelligence, machine learning and the future of FET!

The three tokenised digital artworks are an absolutely stunning example of what can happen when great minds and a great community can come together to work on a great idea. Emma explained the significance of this project and what makes it so different from run-of-the-mill NFTs.

“What I think is significant is that Colearn pAInt is the first of its kind, and what I think is really cool is the way that AI is being shaped by human preferences to form the final artwork,” she said.

“This means that the pieces are unique and contain the contributions of each person who participated.

The ability for an artificially intelligent agent – in this case an artist – to be able to learn collectively from a community is crucial to the deliverance of good AI technology for humanity, because too narrow a dataset for the algorithm to learn from would result in the permeation of potentially damaging biases.

But one of the hardest technical components of this project has been how do you translate machine intelligence to a creative output that isn’t just a $4 million dollar squibble?

“The technical side was interesting because it required bringing together so many different parts, we had fun testing out and implementing a variety of different art generating algorithms,” she said.

“There was also the challenge of collecting an open licensed training dataset – coming up with a way to allow the users to shape the output was also technically challenging.”

It is hard enough just developing AI technology, but getting people to understand these pioneering machine learning algorithms is a much bigger task and this has been a primary motivation for the CoLearn Paint event.

“The core thing that we’re working on in the collective learning team at Fetch.ai is to allow collective ownership of a machine learning model on the blockchain,” Emma added.

“Using CoLearn you will be able to stake tokens in a model, govern and train it, and share in the rewards. And we wanted to do this in a way that everyone could understand.

“Which is why we came up with the idea for CoLearn pAInt – everyone can understand the output of the art model, and everyone can get a share of the benefits.”

What is next for CoLearn?

As the auction is completed on September 27, Coin Rivet asked Emma what was next for the CoLearn project.

“We’re still deciding on the future direction of the project, so watch this space!” she said.

“Some things we’re excited about are collaborations with existing artists, where the AI will produce work in their styles.

“Also, we’re experimenting with a way to shape the output by drawing, so all those beautiful drawings people made in the build phase will shape the art.”

These exciting artistic collaborations have been inspired by the incredibly response of the Fetch.ai community to the project, which has been deemed a massive success by Fetch.

“The community is super hyped right now, so I’m really interested to see what happens next,” she enthused.

“This has been a proof-of-concept and I’m hoping it will inspire other projects to bridge the gap between humans and AI!”

Finally, as we close our conversation, Coin Rivet asked Emma – as a young and successful developer –  what wisdom she might offer to younger generations in the blockchain industry.

Her advice: don’t be afraid to cut your teeth on blockchain.

“I have a background in Machine Learning (ML), so I was already familiar with the cool things that ML can do,” she explained.

“But I’ve been impressed in the two years since I’ve joined Fetch with how interesting blockchain is.

“From the outside, I did think it was all a load of hype, but it’s actually ground-breaking stuff. So I’d recommend that anyone learns more about blockchain, it’s great!”

VanEck TRX ETN has been officially listed on the Deutsche Boerse representing TRX as the 3rd mainstream crypto ETN following BTC and ETH.

Following the September 24 deadline for South Korean crypto exchanges to comply with the new regulations, only four were granted full operation.

Russia plans to reduce US dollar share for digital currency

Aleksandr Pankin, the deputy minister of Foreign Affairs of Russia said it's "possible" they replace their US dollar reserves with digital currencies but warns it requires extreme effort from the government.