Candlesticks can help predict a particular market move. Take a look at this guide to see how you can use them to inform your own trading decisions.

What is a candlestick?

Candlestick patterns are visual indicators of how a security, derivative, or crypto asset has moved within a certain period. A period can be a minute, an hour, a week, a month, or any other set time frame. A basic candlestick is shown below. 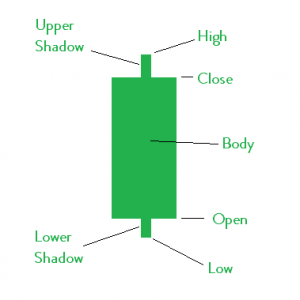 Within the defined period, the opening price, closing price, as well as the period high and period low, are all plotted on the candlestick. The “lower shadows” and “upper shadows” can also be known as “wicks” or “tails”.

It is not known for certain who came up with the concept, however ,Munehisa Hommat from Japan used them when trading the Ojima Rice market in Osaka.

How can I use these to trade crypto?

There are many complex patterns that can be observed using candlesticks, so below are some of the best for helping in your crypto trading. It should be noted that there are many more than listed here, but we have found these to help the most in crypto asset trading.

Harami
A large green body followed by a small red body (contained within large green body) would signify a bearish breakout when preceded by a downtrend. Conversely, a large red body followed by a small green body (contained within large red body) would signify a bullish breakout when preceded by an uptrend. 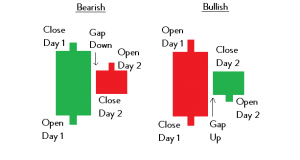 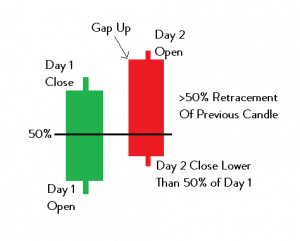 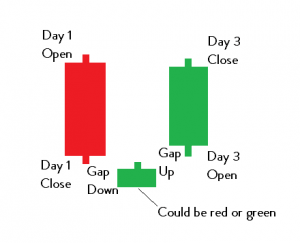 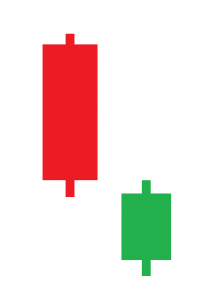 This occurs when three red (or black) candlesticks appear in consecutive periods, all with lower closes. The prices at which the candlesticks close, are also near to the period low. So no – or small – wicks appear at the lower segment of each candlestick. 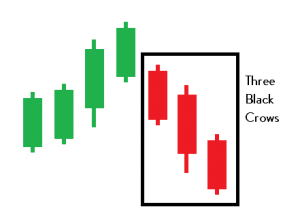 As with all trading analysis tools, they should be used with caution and an overall understanding of markets. No concept, including analysing candlestick patterns, is guaranteed to be successful. So as many in the crypto community warn, “DYOR” or Do Your Own Research!

You can create an account and start buying cryptocurrencies on our exchange, here!

HotNow: On a mission to empower emerging economies in SE Asia