ArcBlock, a blockchain platform for production-ready decentralised applications and enterprise blockchains, has released a new version of its identity wallet

ArcBlock, a blockchain platform for production-ready decentralised applications and enterprise blockchains, has released a new version of its popular identity wallet.

The firm states the updated ABT Wallet moves “beyond fundamental static interactions”.

It adds that ABT Wallet 2.0 now includes a new user interface for managing accounts and digital properties and offers a streamlined way to check activities and transactions and connect and interact with various applications.

Robert Mao, CEO of ArcBlock, said: “We are excited about the release of ABT Wallet 2.0 and enabling decentralised identity to be a part of everyone’s daily life.

“For the first time, users can experience the benefits of decentralised identity and blockchain technologies, but in a way that makes sense.” 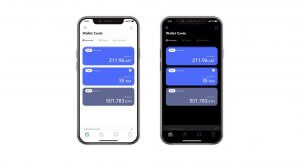 He added: “Today, most people are using mobile devices throughout their day, and the new ABT Wallet is designed to extend the capabilities of their phone by allowing them to use these next-generation blockchain services in a way that is already familiar.

“Every interaction is designed to be useful and user friendly. Moreover, we’ve added new capabilities that allow users to manage their personal and professional digital properties with ease.”

Any decentralised identities created in the wallet will be controlled by the user and independent from any centralised registry, identity provider, or certificate authority, the statement adds.

In the next few months, ArcBlock will also be releasing an updated Wallet Software Development Kit (SDK) to enable developers and businesses to launch their own identity wallets.