The Australian Minister of Home Affairs, Peter Dutton, claims the anonymity of crypto allows extremists to escape scrutiny as they transfer and launder cash.

He told a conference on counterterrorism in Melbourne: “The anonymity afforded by such technologies enables terrorist financiers to obfuscate their activities.

“The increasing use of digital and cryptocurrencies, stored-value cards, online payment systems, and crowd-funding platforms provide new channels through which terrorism may be financed.”

Security experts have spoken of their concerns that crypto can be used by organised crime groups and terrorists to transfer and launder illicit cash. 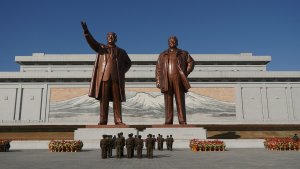 But others disagree about the effectiveness of crypto’s role in money laundering.

Chris Skinner, chair of the European networking forum the Financial Services Club, wrote that he disagrees with the “confused people” who say Bitcoin is just for money laundering and pointed to a recent report which found less than 1% of all Bitcoin transactions involve money laundering.

He said: “Criminals are starting to realise that cryptocurrencies aren’t anonymous as their transactions are very public, traceable, permanent, and provide a substantial source of data for analysis.

“So why would you use them for illegal activities, when everyone can see what you’re doing?”

The CEO of business intelligence company MicroStrategy has explained why he has made such a noticeable u-turn on Bitcoin, with him recently hailing it as a store of value....

Coinbase lists Uniswap token (UNI) as it spikes to $4

San Francisco-based cryptocurrency exchange Coinbase has listed the freshly-minted Uniswap token (UNI) just hours after it was airdropped to thousands of Uniswap users. While the majority of Uniswap users...

Avalanche is launching its scalable mainnet platform for launching decentralised finance (DeFi) applications next Monday, September 21. As previously covered by Coin Rivet, Avalanche is one of the first...