To mark the FIFA World Cup 2022, online gaming platform BC.GAME  is offering multi-million dollar prizes via its Coco’s Carnival portal. Crypto Casino BC.GAME is a major World Cup advocate thanks to its sponsorship of the Argentine Football Association.

Throughout 2022, BC.GAME has been offering an ever-growing number of prizes, culminating in a grand promotion that coincides with the World Cup. This gives players a chance to win up to $2.1M or a Tesla car from Coco’s Carnival,  a separate page created by BC.GAME dedicated to fans and sports bettors of the World Cup. BC.GAME offers a $100,000 prize pool for those who submit their World Cup predictions before November 26, 2022. Sports bettors are to place their predictions on the winners of each group. From the winners of the knockout rounds, players must predict who will be this year’s world champion.

Players with VIP 4 and above can participate for free and finalize their predictions by 26/11/2022 00:00 AM UTC. In the event that more than one player makes the same prediction, the prize pool will be divided equally, and only one player per household is allowed to join the game. As part of BC.GAME’s policy, multiple claims or players with combo bets will be disqualified from the promotion.

Further details of the promotions offering a $2,100,000 prize pool and a Tesla will be released soon. 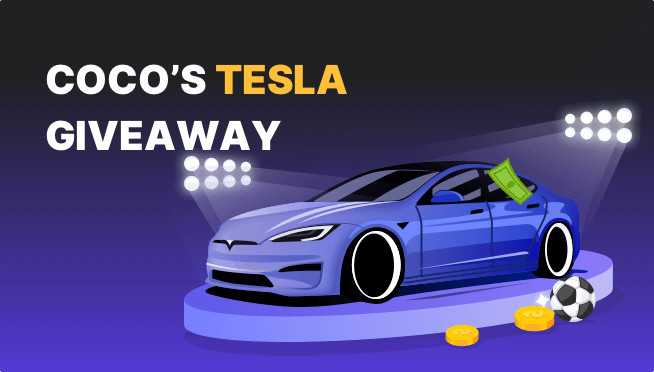 BC.GAME’s partnership with the Argentine Football Association will focus not only on the World Cup but also on the upcoming leagues in which the AFA is participating. AFA and BC.GAME are seeking engagements with Argentine team members and crypto casino players.

BC.GAME is a crypto gambling platform that offers various online casino games, live casinos, and sports betting. With its integration of cryptocurrency and blockchain technology, BC.GAME enables players to access the benefits provided by both technologies.  Sportsbetting is included in its gaming portfolio, supporting wagers on major leagues, including the upcoming World Cup.