Fraudsters are posing as US law enforcement officials to trick victims out of money using Bitcoin ATM machines.

US Marshals and the FBI have warned of a nationwide imposter scam involving crooks calling victims claiming to be US court officers or other law enforcement officials.

During these calls, scammers attempt to collect a fine in lieu of arrest for failing to report for jury duty or other offenses.

They then tell victims they can avoid arrest by paying the fine by depositing cash into Bitcoin ATMs or purchasing a prepaid debit card such as a gift card and reading the card number over the phone.

A spokesperson for the US Marshals said: “Scammers use many tactics to sound and appear credible.

“They may also spoof their phone numbers to appear on caller IDs as if they are calling from a government agency or the court.

“US Marshals will never ask for credit/debit/gift card numbers, wire transfers, or bank routing numbers, or to make Bitcoin deposits for any purpose.” 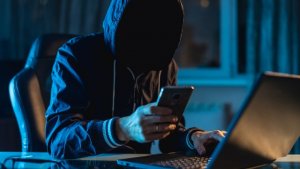 The fraudsters use sophisticated techniques

Cops are urging people to report the calls to their local FBI office and file a consumer complaint with the Federal Trade Commission, which has the ability to detect patterns of fraud from the information collected and share that data with law enforcement.

The four-month investigation came to a close on Thursday with police filing charges of fraud, money laundering, criminal association, and forgery against the group of alleged fraudsters.

A total of nine individuals were arrested with more than 50 police officers using 20 vehicles and a helicopter to storm premises in Sao Paulo, Curitiba, and other regional cities.