The crooks are believed to have raised nearly £255,000 so far

A gang of ‘sextortionists’ targeted 89,000 people on sites including LinkedIn, according to UK cybersecurity firm Digital Shadows.

They are believed to have raised nearly £255,000 across 92 Bitcoin addresses, reports the Express.

Sextortion-based email campaigns seek to extort victims by threatening to publicly embarrass them for engaging in a sexually explicit act.

“I believe, $1,900 is a fair price tag for our little secret. You’ll make the payment through Bitcoin.”

They claim to have evidence and use previously exposed passwords as “proof” of compromise. 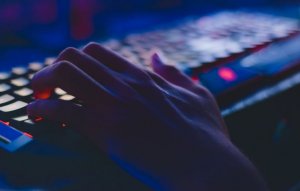 The report also found veteran extortionists are trying to recruit co-conspirators, promising salaries of more than £23,000.

Posts on message boards and forums claim new recruits can make a decent living through cyber-sextortion scams directed at high-worth individuals like executives, lawyers, and doctors.

Rick Holland, CISO and head of the Photon Research Team at Digital Shadows, said: “The research shows that cybercriminal groups are increasing their targeting of high-net-worth individuals and / or those that hold positions of power within companies.

“Many threat actor groups are actively on the recruit for members to collaborate with and to help them scale their operations.

“The social engineering aspects of these emails prey upon the recipients and entice them into paying the extortion amount.

“Unfortunately, our analysis of a select number of the campaigns shows us the criminals have amassed over $300,000.

“Education and minimising your personal and professional online exposure are essential for thwarting the goals of extortionists.

“Since the lines between our personal and professional lives are so blurred, firms should educate their staff and tell them never to pay out a sextortion request.”

How to see the current value of Bitcoin

More than 5,000 people affected by the Dunamiscoins scam have demanded lawmakers help get their money back. Dunamiscoins Resources Limited opened in Masaka in central Uganda in November and...

Bitcoin SV (BSV) is currently trading at a price around $315, after pumping over 300% since the start of the year. Over the past 24 hours, BSV has maintained...