At the time of writing, the number of Bitcoin transactions waiting to be confirmed has grown over 600% in the space of 24 hours

Bitcoin’s mempool has spiked over 600% in the last 24 hours.

The mempool size was previously around 15MB before jumping to over 90MB in the span of a few hours.

Is the Bitcoin network under attack? Is it being spammed? Or has a new organisation found brand new utility for the Bitcoin blockchain? 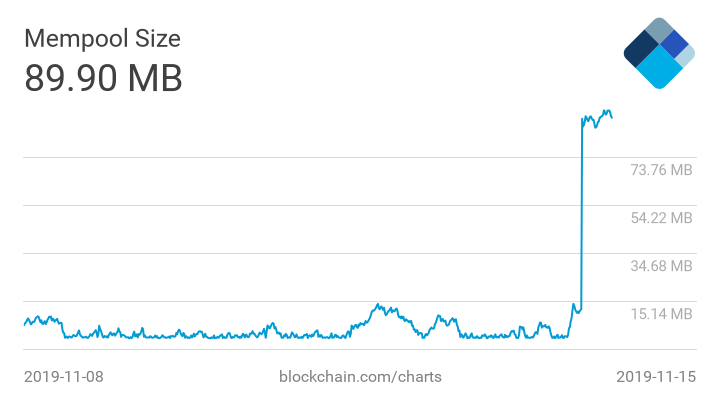 Looking at the mempool chart above, courtesy of blockchain.info, you can clearly see the sudden spike felt earlier today.

At first glance, one might think that a large number of miners are leaving the space.

The spike could also mean that the Bitcoin protocol is under threat, simply because transactions are not processing at their usual pace. Or perhaps the spike is because someone is spamming the network on purpose, to either raise fees or prevent certain transactions from processing.

Let’s look into some more data like the hash rate and mining rewards. 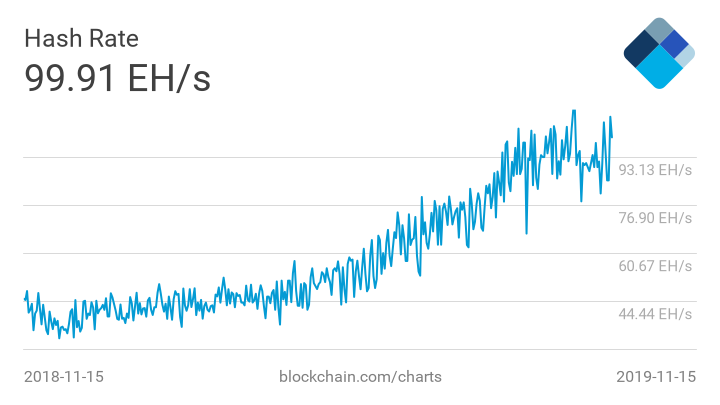 In terms of the number of miners, which is expressed in the total amount of energy spent to mine a single block, we can see this has hardly changed at all.

A high hash rate means there are either more miners processing blocks or better hardware is being used.

Whatever the case may be, a high hash rate should be a plus for the Bitcoin protocol.

The fact more miners are joining the space, despite the lower price and higher difficulty adjustment, says a lot about Bitcoin’s fundamentals.

What about mining fees? 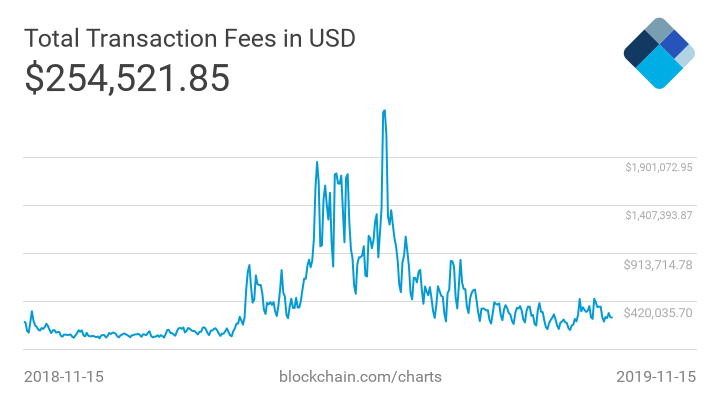 One of the most pressing issues with BTC adoption is that the more people that use BTC, the higher the fees.

Of course, because it is a free market, fees are expected to rise the more people use Bitcoin.

However, looking at the chart above, even though there was a huge spike in the number of transactions waiting to be confirmed, transaction fees remain below $500,000 a day.

So what has caused the mempool to spike? I’m not entirely sure.

The only conclusion I can draw is that whatever the reason, it hasn’t clogged the Bitcoin network – at least not in terms of fees. Could it simply be someone spamming the network? I feel we’ll soon find out.