The third Bitcoin halving is only six months away. Could this be the catalyst for an increase in Bitcoin's price?

The fear and greed index is showing ‘extreme fear’ and sentiment across social platforms has quickly turned from bullish to bearish, with some predicting a drop to $2,000 coming soon. 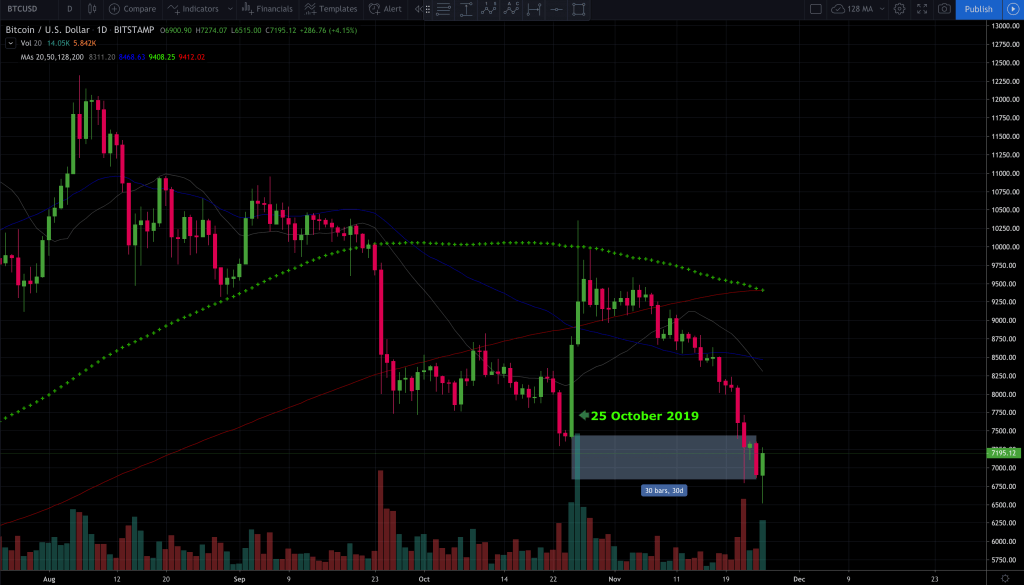 However, since touching $6,500, the Bitcoin bulls have started to defend the price, and buying volume has returned to monthly highs across many cryptocurrency exchanges. For now, to avoid any further downside price action, Bitcoin would need to reclaim previous support and close the weekly candle above $7,300.

This price acted as a strong level of support back in October, but also acted as strong resistance in 2018 as Bitcoin battled to go higher. If $7,300 can’t be reclaimed over the next week, we may see more bearish price action.

Miners to the rescue?

Many retail investors speculate that Bitcoin miners will defend the $6,500 region before the next halving (around May 2020) due to the fact Bitcoin mining in this region becomes less profitable. This theory has been proven correct today with the candlewick briefly touching $6,515 before price bounced higher. 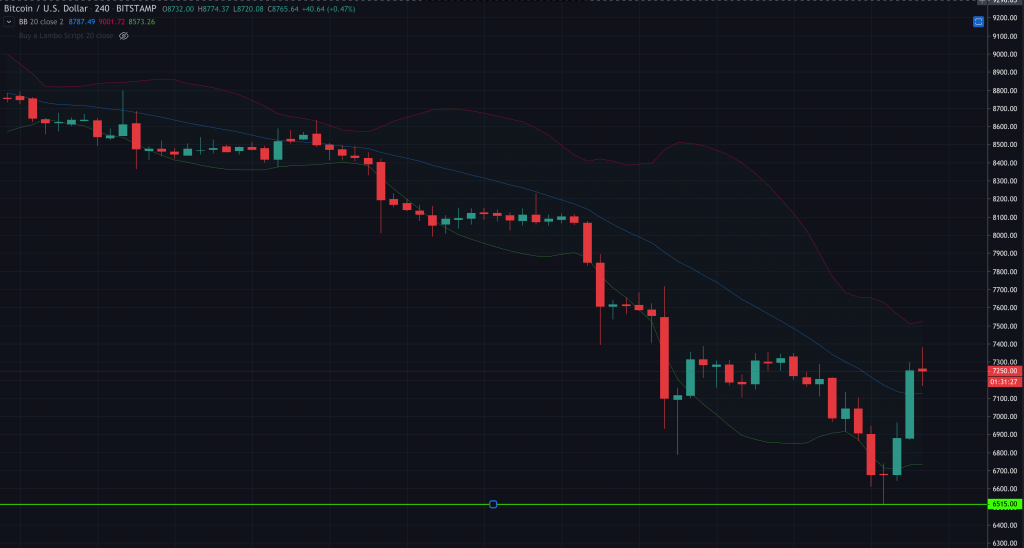 Bitcoin’s halving has always been a bullish event for cryptocurrency traders, sending price soaring in the months running up to it.

Miners receive 50% less Bitcoin as a reward during every halving, limiting the supply to the market and therefore increasing the price if demand is high.

Previously, during the second Bitcoin halving (July 9 2016), Bitcoin experienced a 115% increase in price during the six months running up to the event (see chart below), which was then followed by the bull run of 2017.

During the month before this increase in price, Bitcoin suffered a 40% dip. Currently, we’re six months away from the next halving. However, we’ve now had a 51% dip in price since October’s spike. 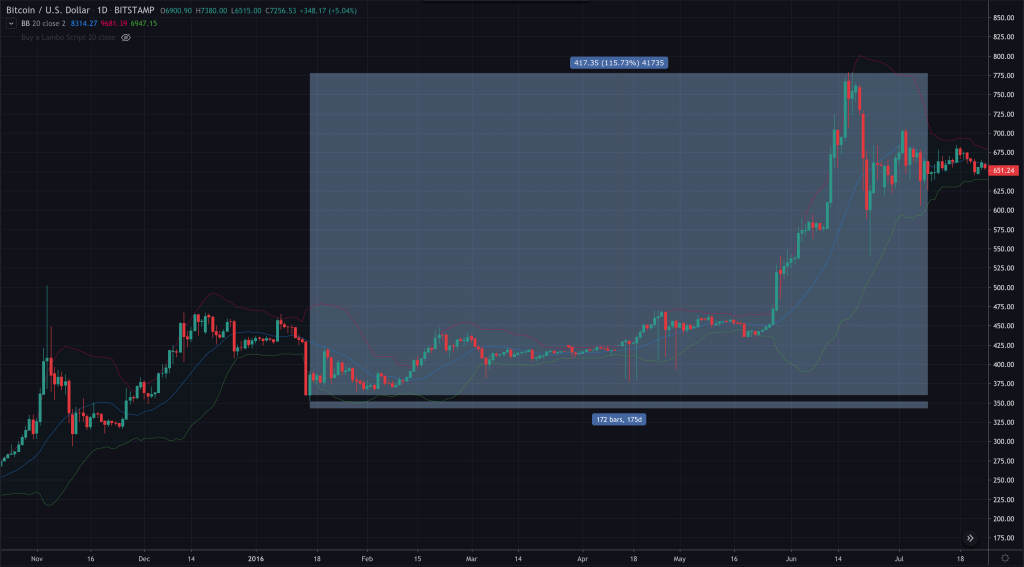 Bitmain’s CEO Jihan Wu has publically said he doesn’t believe we will see an increase in price like previous years, but is still long-term bullish for cryptocurrencies.

“There are many uncertainties, but now is a good time to invest in crypto mining. If I were a miner, I would not stop mining but continue to invest in mining equipment. We are currently in a short-term correction of price. Having a long-term perspective is significant. If Bitcoin’s price remains unchanged after the halving, the efficiency of existing equipment must be improved to balance efficiency and computing power.”

Other investors such as Willy Woo have pointed out that Bitcoin has historically entered the first months of a halving in far more bullish circumstances, usually only seeing huge sell-offs like the one we’re witnessing now after the event has taken place.

“NEVER gone into a halvening in BEARISH price action, miners already capitulating adding sell volume. Historically we front run with a BULLISH setup, miner capitulating only after halvening when revenues are slashed. This is a unique setup. Quite bearish leading up to the event.”

Currently, the previous macro-trend line sits right around $7,300 – exactly where we would expect to see a reversal to start reclaiming bullish momentum. If I was to confidently say “the bottom’s in”, I’d like to see some consolidation around this price following this trend line for the next week before our next move up.

If we want to look for further bullish indicators which may suggest a reversal in price, we can look at the daily BTC/USD chart and the MACD indicator. This is showing as oversold at similar levels to the December 15 2018 low. We can also see a possible trend reversal starting to appear on the RSI.

Bitcoin has its work cut out over the next few weeks to bring confidence back to many buyers and entice the bulls back into play. However, could the upcoming halving be enough to regain interest in the market?

Disclaimer: The views in this article are the views of the author and are not to be taken as financial advice. Always do your own research before investing in cryptocurrencies.

Singapore shuts down all crypto ATMs