Blockstream takes a dig at Ethereum in new Simplicity release

With its new programming language, Blockstream has called out some flaws in Ethereum EVM

Simplicity has been built to be compatible with Blockstream’s Elements platform. Elements is an open source sidechain with features such as confidential transactions and issued assets.

In the announcement, Blockstream had some some cheeky digs at the Ethereum platform after pointing out some recent security flaws.

“Ethereum’s EVM still faces these challenges. Recently, an EVM upgrade failed during testing because implementations did not agree on the result of a computation. Funds have been stolen or otherwise unrecoverable due to smart contract logic errors and programs that exceed their resource limits,” it said.

Examples include the DAO attack in July 2015 and the parity wallet bug from July 2017.

Not possible on Bitcoin

Blockstream went on to say that “Bitcoin’s Script language is generally limited to combinations of digital signature checks, timelocks, and hashlocks”.

Simplicity helps to solve the problems that make programming languages unsuitable (in their option). Users need to all agree, have each participant in a smart contract be aware of all possible results upfront, prevent denial of service attacks and, finally, knowing the costs of their program execution for all possible inputs.

It is still early days still for the blockchain and smart contract deployments, and competition is certainly hotting up between competing ‘layer two’ projects (regardless of your preference on public blockchain).

One thing we can certainly look forward to on the Blockstream Lightning store must be this t-shirt, which includes all the code.

Maybe they can send one to Vitalik for his next appearance on CNBC. 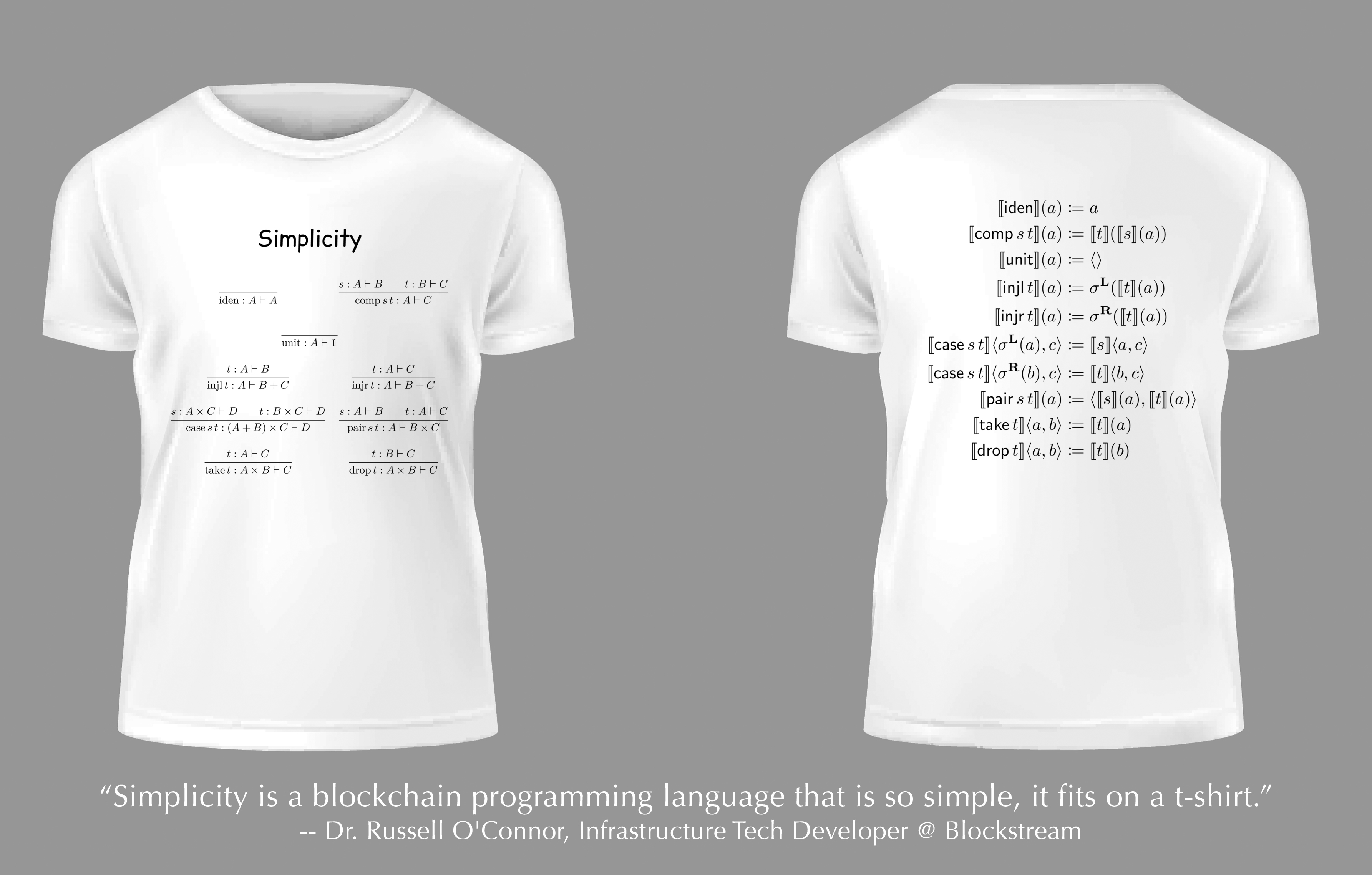