A Burger King restaurant in Venezuela now accepts cryptocurrency as part of a pilot scheme.

More restaurants in the South American country will also be accepting Dash payments through the Cryptobuyer platform.

Cryptobuyer’s point of sale system will launch at Burger King Caracas at the Sambil shopping mall, and will soon roll out at all 40 locations nationwide, according to the platform.

A Medium post states the development is the result of receiving significant demand from Dash users and local merchants in Venezuela.

“Dash usage continues growing at a rapid rate in Venezuela, as it provides an alternative that is a more reliable payment method and store of value,” said Ryan Taylor, Dash Core Group CEO.

“We are happy to collaborate with Cryptobuyer to keep growing the Dash ecosystem and serve Burger King and its customers.”

Venezuela is a key target market for Dash and around 1,000 verified merchants in Venezuela accept Dash at point of sale.

Cryptobuyer CEO Jorge Farias added: “The growth of Cryptobuyer in South America, especially in Venezuela, is another example of how this region is ahead of the curve in adopting cryptocurrency as a real method of payment. 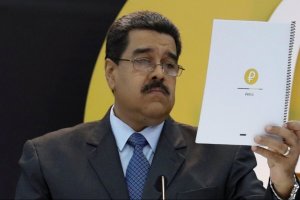 “Venezuela portraits a mix of situations that make it a perfect ground to deploy real-world cryptocurrency solutions, such as hyperinflation, cash shortages, deteriorated banking and communication infrastructure.

“The factors, in conjunction with the government’s initiative to use cryptocurrency as a payment method, will push use and adoption of these cutting-edge technologies, and we are really proud to lead this push.”

Venezuela will sell oil and part of the gold it produces for its national petro cryptocurrency, the country’s President Nicolas Maduro announced this week.

According to Maduro, the government is successfully introducing its cryptocurrency into Venezuelans’ daily lives.

In December, the country’s authorities transferred benefits in petros timed to the New Year holidays to pensioners and public sector employees.

Maduro announced the launch of the national petro cryptocurrency in October 2017. Its sales began on February 20, 2018. Its cost is equal to the price of a barrel of oil produced in the country.

Venezuela to sell oil and gold for petro cryptocurrency

Qatar clamps down on crypto trading