Lian Shang Chuxin is roughly translated as ‘Chain of Aspirations’

Chinese authorities have released an app that lets members of the ruling Communist Party show their loyalty using blockchain.

Lian Shang Chuxin – roughly translated as ‘Chain of Aspirations’ – lets faithful supporters record the reasons they joined up, which is then stored on a blockchain ledger.

The platform, launched by Chinese government media outlet People’s Daily, also acts as a virtual time capsule which is opened up on the anniversary of the day they signed up to the party.

Earlier this week, Coin Rivet reported on Chinese President Xi Jinping’s comments about blockchain, which he says is vital to the future of the country.

Xi also urged officials to focus on its development during a meeting with the political bureau of the Chinese Communist Party’s Central Committee. 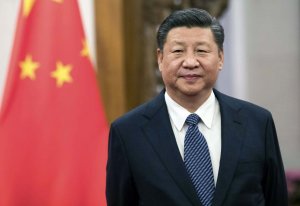 He added: “It is necessary to promote collaborative research, accelerate the breakthrough of core technologies, and provide safe and controllable technical support for the development of blockchain applications. It is necessary to strengthen the research on blockchain standardisation and enhance the right to speak and rule in the world.”

It made the announcement following a report by Forbes, which stated that the People’s Bank of China was set to give the first round of its central bank digital currency (CBDC) to the Alibaba Group and seven other Chinese companies, including internet giant Tencent.