In April, China’s central state planner released a list of industrial activities it wants to eliminate. The list included Bitcoin mining because it “harms the environment”.

But now, the National Development and Reform Commission has published a revised list – and crypto mining has disappeared.

China is a huge mining hub – despite Bitcoin being banned in the country – thanks to its vast supply of cheap power.

The economic powerhouse is investing heavily in blockchain after President Xi Jinping told top officials that the tech is vital to the future of the country. 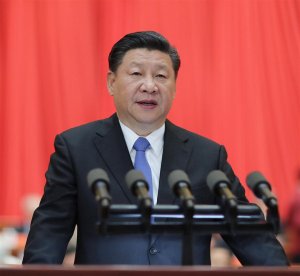 Earlier this month, Coin Rivet reported how cryptocurrency miners are set to flock to the Chinese province of Sichuan thanks to its plentiful supply of cheap hydroelectric energy.

Local officials are investigating how they can leverage their power production.

Jiang Yang, a former vice-chairman of the China Securities Regulatory Commission, told a meeting set up to promote the development of Sichuan that cheap hydropower could tap into the country’s hunger for blockchain dominance, reports the Sichuan Daily.

He said: “Sichuan should study further about how the province’s cheap hydropower resources can attract digital currency-related businesses.”

Why Coinbase is looking to expand into the European market