Chinese miners flee Iran amid rising tensions with the US

Many Chinese miners moved their farms to Iran in 2019 when Bitcoin’s price hit $3,000 as the country’s electricity is cheaper than mainland China’s

Chinese miners are fleeing Iran amid tensions between Washington and Tehran over the US assassination of a top Iranian official and an Iranian attack on an American military base, according to reports.

The report states many Chinese miners moved their farms to Iran in 2019 when Bitcoin’s price hit $3,000 as the country’s electricity is cheaper than mainland China’s.

But when the US-Iran crisis hit and electricity prices spiked, many Chinese miners sold their mining rigs to locals.

“Chinese people in Iran are heartbroken,” said Lao Hu, a Chinese miner who operates in the country.

Iran recently offered a bounty to anyone who exposes the illegal mining of cryptocurrency.

In summer 2019, the Iranian government launched a crackdown on the illegal use of subsidised electricity for mining currencies like Bitcoin. 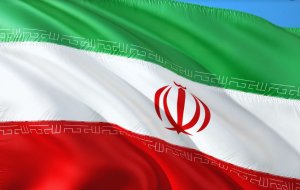 The move follows new regulations over the price of electricity in the country.

Iran is under severe US economic sanctions, and the Iranian government has been probing the use of cryptocurrency such as Bitcoin to dodge these sanctions.