Co-founder Dominik Schiener says IOTA has matured ‘more than most’

While there's still a lot of "bulls**t" in the space, co-founder Dominik Schiener says that IOTA has matured and progressed more than most other projects

IOTA’s had a decent share of negative press. But, to be fair, what self-respecting cryptocurrency hasn’t? From scathing attacks on the security of its Tangle architecture to PR gaffes around unfounded claims of IOTA price surges, the team of four co-founders hasn’t had it all easy.

But speaking in a quiet corner at the Paris Blockchain Week Summit, co-founder Dominik Schiener is confident and calm. He’s clearly proud of everything the ambitious IoT blockchain start-up has achieved in the last 12 months. 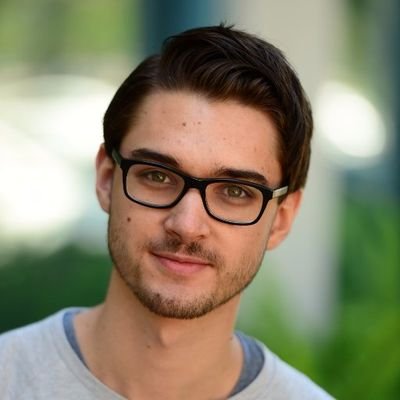 “One thing to realise”, he says, “is that IOTA has matured a lot over the last year. We had some problems in 2017, with the technology, with the organisation, with Twitter fights… But over the last year, I think we’ve progressed probably further than most other projects. We now have more than 100 employees in 23 countries.”

Scaling a company and growing is no easy feat in the midst of the crypto winter. But that’s exactly what IOTA has done, winning a grant with a consortium of the European Commission in excess of €20 million for the development of smart city applications built on IOTA. Schiener explains:

“So we have a partnership of seven cities, and we are now setting up testnets. The first one has been set up in Trondheim, so we have already been publishing some of the results there. We have a building that we are now also trying to figure out which use case we can develop…

“This is really where blockchain needs to go. It’s no longer just about doing proof of concepts and simple use cases, it’s about doing testnets and large-scale deployment to figure out what works and what doesn’t.”

This month's newsletter is out on the blog now. Read about a Coordinator-free Testnet, Crypto Payments, Venture Building, Geo-Tagging & more:https://t.co/ILBlR6e2cy#IOTA #Coordicide

Beyond smart cities in Norway, supply chains, and energy projects in France, IOTA is also gaining traction in Germany. Schiener points out: “A good example is that last month at the Hanover Messe, which is the biggest trade fair in the world, we had five IOTA booths – booths where IOTA was showcased. We were the only blockchain project that was really present there.”

IOTA’s very premise is to fix the insecurity around IoT devices and allow for machine-to-machine communication, and its latest partnership with Jaguar Land Rover is a true step towards achieving its goal.

Learn more about the IOTA + Jaguar Land Rover partnership with "Earn as you Drive," and JLR's "Destination Zero" vision to avoid accidents, congestion and emissions in the future of mobility. https://t.co/w1xSnQpSKf
Watch the video:https://t.co/OqEJoVJmbI#IOTA #jaguarlandrover

It’s the first world-renowned luxury car manufacturer to join forces with the IOTA Foundation. The teams will be working together to implement brand-new Smart Wallet technology into the cars.

Drivers will be able to earn cryptocurrency and make payments on the move using connected car services being tested by Jaguar Land Rover. Cars can automatically report key data such as traffic congestion or roadblocks in return for credits which can be redeemed to automatically pay tolls, parking fees, and even buy coffee.

When you consider the much-publicised nightmare that Jeep had with its GPS system being hacked, and the fact that IOTA’s own security was called into question not so long ago, it shows a bold vote of confidence in its technology and just how far IOTA has come.

“When we started IOTA back in 2015, we were imagining how to make it possible for one machine to pay another machine. We were envisioning these really big use cases where a machine can sell its data, a machine can sell computation… all kinds of machines, from small devices like light bulbs to cars. Then we realised we needed a distributed ledger for that to actually function,” says Scheiner.

Only two days left until the closing of our Smart City Contest via @Hacksterio. Learn more about how DLTs can impact the future and open up a world of opportunities:https://t.co/uqYzo83uFV #IOTA #SmartCity

He continues: “And because we’ve been in the blockchain space for so long, since 2011/2012, we realised we needed to further improve the blockchain because this one-dimensional architecture is not scalable. So what we then came out with is the Tangle concept, which is now multi-dimensional and has no blocks and no chain, but transactions are interlinked. The good thing here is that it’s much more scalable.”

It’s more scalable, but is it as secure?

“Yes, exactly, that’s the whole premise of it,” he assures. “So it’s also secure. We have to utilise a coordinator to help guide the network in its validations, similar to what Bitcoin did when it was launching, which is to basically issue checkpoints. Right now one of our main focuses is to remove the coordinators, to make the network really enterprise-ready and to also show mathematically without proofs that it’s secure.”

So removing the coordinator will make it more scalable?

Why focus on IoT technology?

Schiener continues: “We want to solve the fundamental security issues because IoT has the biggest potential. It can unlock trillions of dollars of economic value, or it can be a huge threat where our mission-critical infrastructure is built on insecure systems. And so we say IoT needs blockchain and blockchain needs IoT.

“IoT really needs blockchain to solve this trust problem. So I can trust the data that I get from the machine and automate my processes with that data because I can verify the data… That’s why there is this symbiosis between these two technologies.”

What are IOTA’s biggest challenges?

To this question, Schiener laughs. “Right, well the worst case scenario is obviously that the price just goes completely to zero overnight. All of our endowment, all of our funding is in IOTA tokens. We plan according to the budget that we have and the funding that we have, so that’s probably a risk. But other risks are probably just the adoption itself.

“We say that we want to be the first enterprise-ready, permissionless ledger. But what we see right now is that many big companies are creating consortiums where they use permissioned blockchains for a specific use case. So that means that might slow down the adoption of our protocol because these established companies are utilising permissioned chains.”

He continues: “Then there are always the technical and organisational challenges and interoperability… But we have a clear vision and a clear path forward to actually get to where we want to be…”

And where is that?

“We want to be an open permissionless network that is actually ready for companies to be utilised in a productive manner.”

Schiener explains that one of the key ways IOTA measures performance is by establishing KPIs through the IOTA Foundation.

“One of the KPIs of the IOTA Foundation is to have two corporate-built products on the Tangle, so this is really what we’ve focused on with our partnerships, and our technology is ready for commerce to actually be productive with. That is what we are working on.”

And how long will it take to get there? Are we already in the next bull market or is this just a false start?

“I think there is still some way to go because the ecosystem needs to mature more. There is still a lot of bulls**t in this space. And also, the infrastructure needs to be a bit better, so when we talk to big companies and are like, ‘hey, do you want to purchase tokens?’, it’s not such a hassle to register on a shady exchange…

“The entire financial infrastructure around the functionality of cryptocurrencies really needs to evolve for the next bull market to start. But I think that is what is happening now. The interest is definitely there, and the confidence of institutional investors… So this is really what we see in the market.”

Egypt lifts ban on cryptocurrency ahead of regulatory review