MetaMask Institutional (MMI) is ramping up its efforts to become the leader in Web3 wallets for the expected wave of institutional capital to flood into the crypto industry.

Speaking to Coin Rivet at DAS London, Johann Bornman – MetaMask Institutional’s head of product – delved deeper into how the wallet was being used by institutions, strategies used and future ambitions for the product.

“The institutional wallet has two tiers of differentiation, and was started very much to solve an identified pain point that we saw on the market,” he said.

“This was as DeFi was exploding and we saw the need for institutions to access Decentralized Finance (DeFi). We saw that they were moving assets from cold custody storage onto hot on-chain wallets that required gas fees that were obviously expensive.

“So what we built was a version of MetaMask that has all the same features and functionality, with two main differentiations.”

The first is the wallet itself, which provides a connection for custodians to manage private keys, facilitate multi-signature approvals, and allow optimised trade flows “in line with organisational requirements”.  MMI also remains “custodian agnostic” for clients.

The second is a KYT (know your transaction) layer, which adds a “risk management layer into MetaMask” so that organisations can analyse KYC (know your customer) “on a pre as well as post-trade compliance basis”.

When asked what regulations MetaMask has to abide by, Bornman started by saying “that is very much dependent on the jurisdiction that institutions and organisations find themselves within”.

“Different regions have different frameworks and some are pretty advanced when it comes to DeFi when compared to other regions. We’ve seen stronger adoption within the US and Asian markets,” he said.

“Over the last six months, we have seen a kind of ‘Crossing the Chasm’ where we started working with various crypto native institutions.”

Bornman noted that the type of funds using MMI are more “crypto native”, which include “hedge funds, family offices and even some of the traditional finance (TradFi) banks.

He said: “Obviously, with that comes much stricter Anti Money Laundering (AML) and KYC requirements. This is why we built the KYC layer into MetaMask Institutional.”

He said that small and mid-cap ‘crypto natives’ with funds ranging from $10 million in assets under management (AUM) up to about $150-250m have been the most common users of the wallet.

According to Bornman, small and mid-cap funds are “very active yield farmers” and trade across many different side chains using “very complex trading strategies” that leverage lending, borrowing, staking and “literally everything that you can think of within DeFi”.

Surprisingly, the most popular chains used on the wallet are BSC, Polygon, AVAX and HECO – which Bornman attributes to users seeking higher yields and minimal costs.

Bornman went on to say that despite the “unrivalled communities” that exist within the Ethereum space, institutional capital was “gravitating towards those other side chains” to chase higher yields and avoid higher gas fees.

“Do gas fees play a role? Absolutely. We’re definitely seeing some behaviour, particularly with the last few weeks with gas prices on mainnet, that there’s a huge demand to move off mainnet. But again, it’s purely driven by yield.” 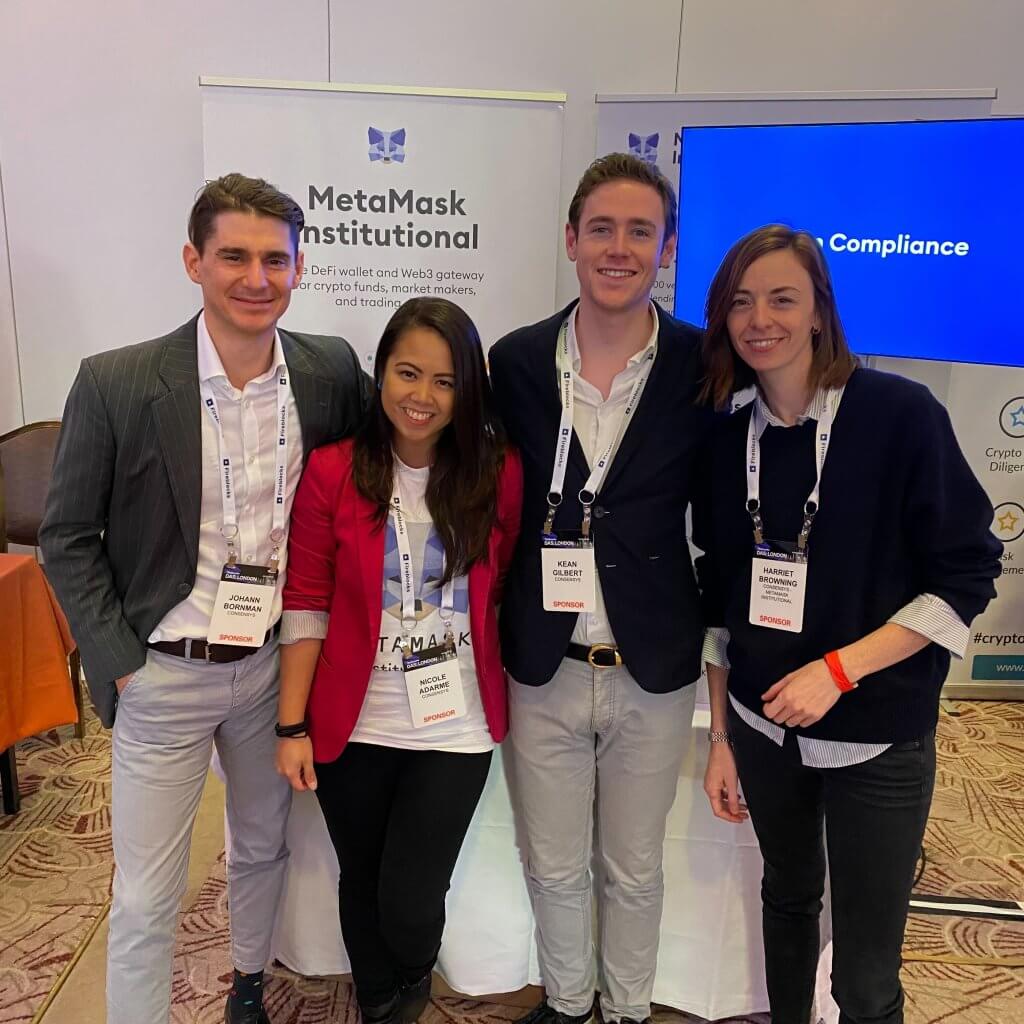 Moving onto future ambitions for the institutional product, Bornman has a bold vision for MetaMask Institutional and its global reach…

“We very much see ourselves as a bridge for all organisations on planet Earth to be bridged into Web3, and that includes the crypto fund today, but also the NGOs tomorrow,” he said.

“We’ve definitely seen adoption within the investment community, and we’re also seeing a lot of very interesting use cases within the non-fungible token (NFT) space.

“Organisations from different sectors, whether it be sports franchises or luxury brands, are starting to really look at the NFT space. So, if you talk to me about two or three years out, I probably think that we’ll have a balance of different sectors, all bridged into Web3.”

For now, Bornman remains focused on the deployment of the product, which has been hampered by early issues during its launch – including an early custodial partner being acquired by PayPal two weeks before going live.

“We were sort of left in a position where our custodian partner wasn’t really taking on any new business, and so we had this really marquee launch, but we couldn’t really kind of talk about it as much as we wanted to.”

Since then, the product has partnered with three custodial partners – BitGo, Qredo and Cactus Custody – which “offer a range of qualified custody, as well as custody tech solutions”.

This has since seen the product attract “noise in the market far greater” than compared to the initial launch of the product.

To conclude the interview, Coin Rivet asked the question on everyone’s lips – When MetaMask token?

The MetaMask token is much anticipated in the DeFi and NFT communities due to the wallets widespread use, popularity and integral role within the DeFi space.

However, Bornman remained coy when answering the question.

“Well, I will quote the powerful and far more forceful individual called Joe Lubin who recently tweeted that MetaMask Token was soon,” he smiled.

“So I’ll refer you to his Twitter quote, and that’s all I have to say about that.”