Just when you thought you'd heard all the possibilities for blockchain technology, ConsenSys Space comes along with something new

If you thought you’d heard it all when it comes to ambitious projects and blockchain, prepare yourself for this one…

The next thing to be decentralised is space, if ConsenSys founder and Ethereum co-founder Joseph Lubin has his way.

At the opening day of the International Astronautical Congress, attended by space industry leaders, government officials, and scholars from around the world, Lubin and his colleagues announced ConsenSys Space.

What is ConsenSys Space all about?

Founded after ConsenSys’ acquisition of Planetary Resources, ConsenSys Space aims to build collaboration platforms which will “democratise, diversify, and decentralise space endeavours”. If that sounds a little vague, let’s dive a little further into the details.

ConsenSys Space will be powered by TruSat, an open-source, citizen-powered space sustainability system.

Its founders argue that as our society grows, so does our dependence on space technologies. This means that we need more satellites in orbit which also means that we need to start addressing the long-term sustainability of this practice.

So, ConsenSys Space is less about sending everyday people to the moon and more about ensuring we don’t clutter up the space environment as we have done with the earth.

In case you weren’t aware of it, space sustainability is a real issue. Predictions of a tenfold increase in the number of satellites that we launch into low Earth orbit make it essential to find a way of avoiding collisions between them. Governments, NGOs, and enlightened satellite operators are already struggling to define guidelines for sustainable growth.

Yet the founders of ConsenSys Space insist that if these efforts are to come to fruition, there is a pressing need for enhanced transparency and accountability. That’s where blockchain technology comes in.

TruSat was developed alongside its partners the Secure World Foundation, Professor Moriba Jah of the University of Texas at Austin, and the Society of Women in Space Exploration (SWISE). It is an experimental open-source and open-sensor system designed to be a globally accessible trusted record of all satellite operations and potentially even broader space traffic management as we move into the future. 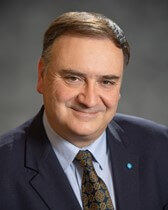 Dr Peter Martinez is the Executive Director of the Secure World Foundation, and previously chaired the United Nations Committee on the Peaceful Uses of Outer Space (COPUOS)’s Working Group that produced the Guidelines for the Long-term Sustainability of Outer Space Activities.

“Defining what constitutes sustainable orbital operations in a measurable, verifiable way is vital,” he stated.

“But rules of the road are only half of the equation.  Transparency about who is following the rules, and the accountability it engenders, is the other half.”

Aerodynamicist and creator of the ASTRIAGraph system for space traffic monitoring, Professor Jah, compared the notion of deterrent in obeying the law without being seen. 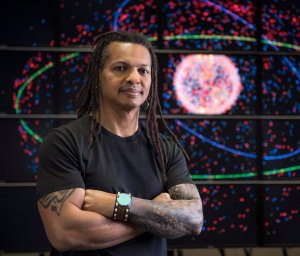 “Consider how adherence to rules of the road varies when no one is watching—on a deserted highway in the middle of the night, versus when there is a conspicuous speed camera or police car,” he mused.

“The deterrent effect of both space laws and standards will be greatly enhanced by a global public eyewitness capability. Our goal? Nihil arcanum est (nothing hides)”.

How satellites in space are currently tracked

Currently, only a handful of governments track the satellites in orbit. The ones that do, do so for issues of national security and only share a very limited amount of information with the public. However, such data controlled by one single government is not sustainable, ConsenSys Space argues. Its trustworthiness should rest on a multinational set of stakeholders.

“We must eliminate the possibility of any single source of information to bias or uniquely determine our conclusions and opinions about what and how objects behave in space,” added Professor Jah.

“And governments don’t share the underlying sensor data or algorithms that would enable consumers of the data to draw their own conclusions.

“Evidence, at its strongest, must allow for independently corroborated conclusions.”

TruSat’s decentralised, autonomous nature is engineered for trust as its data is beyond the control of any institution. It uses transparent, verifiable algorithms, which automate the process of determining and refining orbits. Moreover, unlike existing sources of orbital location data, the entirety of the algorithms monitoring satellites is transparent. This allows of independently assessed orbit predictions.

Is ConsenSys moving away from the Ethereum blockchain?

Now that Ethereum’s infamous co-founder appears to have joined in the ranks of Elon Musk and Richard Branson, does that mean that he’s moving away from the Ethereum blockchain? Apparently not.

According to ConsenSys Space Co-Founder Chris Lewicki, an aerospace systems engineer who lead the system’s design, a key component behind developing TruSat “is the Ethereum blockchain technology integrated throughout our roadmap”.

While this project might sound like the perfect solution to a problem you may not have known that we had, it is still early days just yet. The TruSat software is currently in Version 0.1 and has limited features.

“We have barely scratched the surface of what Web3 technology will enable in this system,” Lewicki admitted.

“This first release is primarily for testing by the dedicated community of hobbyists already active in tracking satellites.”

The company plans to build the software out through collaboration. ConsenSys Space will host several hackathons and post bounties over the coming months. Alongside its list of priorities will be (you’ve heard this one before) its ability to scale to allow more people to use it.

When Lubin was asked to place TruSat and ConsenSys Space into the context of the broader mission and vision of ConsenSys, he pointed to the wealth of talent on offer.

“ConsenSys believes that enabling large-scale, global collective action is among the most transformative potential applications of Ethereum blockchain technology,” he enthused.

“What could we achieve if we could harness the ideas and talents of every person wishing to contribute to space endeavours? We intend to find out. That’s why ConsenSys Space exists.”

Blockchain – can the hype be fulfilled?