US prosecutors have arrested three men while investigating an alleged $722 million Bitcoin scam.

The Justice Department has branded the activities of the ‘BitClub Network’ as a “high-tech Ponzi scheme” that lured victims with fake Bitcoin mining profits while taking money from investors who were rewarded for recruiting new members.

Apparently preying on people across the globe, the scheme is understood to have operated from April 2014 until recent days from offices in New Jersey, according to an indictment signed by US Attorney Craig Carpenito. 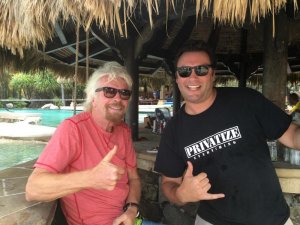 Detectives confirmed they are still conducting a manhunt for two further defendants whose identities are being withheld.

“The indictment describes the defendants’ use of the complex world of cryptocurrency to take advantage of unsuspecting investors,” Carpenito said.

“What they allegedly did amounts to little more than a modern, high-tech Ponzi scheme that defrauded victims of hundreds of millions of dollars.

“Working with our law enforcement partners here and across the country, we will ensure that these scammers are held to account for their crimes.”

FBI officers spearheading the investigation claim the gang were using an array of complex methods to hoodwink victims into believing they were part of a get-rich-quick club.

“Those arrested today are accused of deploying elaborate tactics to lure thousands of victims with promises of large returns on their investments in a Bitcoin mining pool – an advanced method of profiting on cryptocurrency,” Paul Delacourt, the Assistant Director in Charge of the FBI’s Los Angeles Field Office said.

“The defendants allegedly made hundreds of millions of dollars by continuing to recruit new investors over several years while spending victims’ money lavishly.”

The arrested trio will appear at courts within the county of their arrest for initial hearings in the coming weeks.

“Today’s indictment alleges the defendants were involved in a sophisticated Ponzi scheme involving hundreds of millions of dollars that preyed upon investors all over the world,” John R Tafur, Special Agent in Charge, IRS Criminal Investigation, Newark Field Office, said.

“This was a classic con game with a virtual twist – false promises of large returns for investing in the mining of Bitcoin. IRS Criminal Investigation will continue to work with our law enforcement partners, including the Joint Chiefs of Global Tax Enforcement, to investigate and bring to justice cyber criminals.”

According to documents filed in the case and statements made in court, it is understood that:

“…from April 2014 through December 2019, the defendants operated BitClub Network, a fraudulent scheme that solicited money from investors in exchange for shares of purported cryptocurrency mining pools and rewarded investors for recruiting new investors.

Accounts allege that Goettsche discussed with his conspirators that their target audience would be “dumb” investors, referred to them as “sheep,” and said he was “building this whole model on the backs of idiots”.

The documents claim Goettsche directed others to manipulate the figures displayed as “mining earnings” during the course of the conspiracy.

For example, in February 2015, Goettsche is said to have directed another conspirator to “bump up the daily mining earnings starting today by 60%,” to which his conspirator warned “that is not sustainable, that is ponzi teritori [sic] and fast cash-out ponzi . . . but sure.”

In September 2017, Goettsche sent an email to another conspirator in which he suggested that Bitclub Network “[d]rop mining earnings significantly starting now” so that he could “retire RAF!!! (rich as f**k).”

Weeks sent an email in June 2017 to Goettsche and another conspirator in which he remarked that BitClub selling shares in BitClub and then not using the money to purchase mining equipment was “not right”.

Goettsche, Weeks, Abel, and others are also said to have conspired to sell BitClub Network shares – which were securities – notwithstanding that BitClub Network did not register the shares with the US Securities and Exchange Commission.

Anyone who believes they may be a victim of the alleged BitClub fraud is asked to visit www.justice.gov/usao-nj/bitclub or the Department of Justice’s large case website www.justice.gov/largecases. There, victims can find more information about the case, including a questionnaire for victims to fill out and submit.

The US government is represented by Unit Chief David W Feder and Assistant US Attorneys Anthony P Torntore and Jamie L Hoxie of the Cybercrime Unit, and Unit Chief Sarah Devlin of the Asset Recovery and Money Laundering Unit of the US Attorney’s Office in Newark.

The Justice Department stressed that charges and allegations contained in the indictment are merely accusations, and the defendants are presumed innocent unless and until proven guilty.

News of yet another potential crypto fraud comes only weeks after former attorney Mark Scott was found guilty for his role in the $4bn OneCoin scam. The lawyer faces the possibility of a lifetime in jail at his sentencing in February while the scheme’s founder – 38-year-old Bulgarian Ruja Ignatova – remains at large after fleeing authorities in 2017.

London Stock Exchange-listed Bitcoin app, Mode, has announced the completion of an over-subscribed placing arranged by Peterhouse Capital Limited, raising a total of £6 million. Mode plans to use...

Bitcoin is currently trading 3.5% down from today’s high of $51,500 following MicroStrategy’s announcement that it had purchased more than $1 billion worth of Bitcoin. MicroStrategy CEO Michael Saylor...

Tesla to accept Bitcoin as payment after $1.5bn investment

Elon Musk-owned car manufacturer Tesla has announced that it will begin accepting Bitcoin as a form of payment, according to and SEC filing. The filing also states that Tesla...