‘Cryptoqueen’ podcast creator to be guest at next Crypto Curry Club

The BBC journalist behind the massively popular ‘Missing Crytpoqueen’ podcast series will be the speaker at the next Coin Rivet-backed Crypto Curry Club.

Held at London’s fashionable Dilchad restaurant in Spitalfields on Tuesday December 10, the event features Jamie Bartlett as guest speaker to discuss his remarkable work on the OneCoin crypto scam.

Mr Bartlett and the Cryptoqueen podcast team have been at the vanguard of deep reporting into the disappearance of Ruja Ignatova – the founder and CEO of OneCoin – who fled in 2017 after raising an eye-watering $4bn from unsuspecting victims throughout the world.

In the UK alone, some 70,000 people were duped in the Ponzi scheme.

Last week, former US lawyer Mark Scott was found guilty of laundering some $400m on behalf of Ignatova – the self-proclaimed ‘Cryptoqueen’. He awaits sentencing in January.

Days before the verdict, Ignatova’s younger brother – Konstantin Ignatov – agreed to a plea bargain in a desperate attempt to reduce his 90-year jail sentence for his part in the fraud. The 33-year-old has agreed to provide information on his mobster sister and her associates – members of the Bulgarian Mafia.

Erica Stanford, organiser of the regular Crypto Curry Club meetups, said she was delighted to attract such an “on-topic” guest for the club’s Christmas event.

“I and many of us from the crypto curries have been addicted to the podcast,” she said.

“We hadn’t really heard about the OneCoin scam before, but were shocked by how big and serious it became, how many people it affected, and how quickly it escalated before it was stopped. 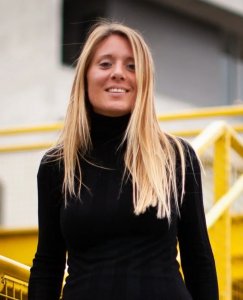 “We’re so lucky, and I’m so honoured and excited to have Jamie come talk to us and tell us more about what the case and the scam is really like, by someone who has been working as closely with it and as passionately as he has.

“We’re also very fortunate to have such a great group of people in Curry Club members who are in real positions to make a difference – and the more we all learn about such issues, the less likely such big scams will be able to happen again.”

The networking event begins at 1pm, ending at around 6pm following an afternoon of networking.

Places are limited, but anyone interested in attending can email hello@cryptocurryclub.com.

Buterin vs Cohen: Ethereum and BitTorrent creators feud on Twitter