Highly acclaimed podcast ‘The Missing Cryptoqueen’ has been handed another plaudit with a nomination in the upcoming NME Awards.

The BBC podcast has drawn huge attention to cryptocurrency – particularly its use in frauds – as it chronicles the aftermath of one of the biggest financial scams in history.

Taking its title from the self-proclaimed ‘Cryptoqueen’ – OneCoin’s founder and CEO Ruja Ignatova, who disappeared as the net of suspicion closed in on her – eight episodes chart account after account of financial ruin for its thousands of victims.

Its dogged pursuit of justice and raising awareness of the OneCoin scheme has been widely applauded, but huge recognition could be just around the corner following a nomination on the NME Awards shortlist for ‘Best Podcast of 2019’.

In good company on the shortlist, the work is up against four other well-followed creations including ‘Have You Heard George’s Podcast?’ and the huge ‘Stay Free: The Story of The Clash’.

However, given the gravity of the OneCoin scandal and the ongoing campaigning work of victims like Jen McAdam, it would seem safe to assume the judges will be impressed.

For its creator – journalist and broadcaster Jamie Bartlett – it marks a turning point in the way trust in perceived authority is viewed by the public.

“I think it’s caught people’s imagination because it involves so many ordinary people – most investors were not technical – and, of course, had a missing person involved too – which is always popular,” he explained. 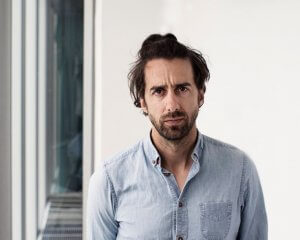 “I think this story can run for a long time, and I will not stop until we know what has happened to Ruja.”

With court cases and sentencings yet to be concluded, there are still plenty of miles in the story which, affirms Jamie, he will continue to pursue.

“I’m not sure what format it might take, but it’s definitely not the end of the line for me yet,” he said.

“I suppose it is an obsession – both for me and Georgia Catt (producer), and the many others who’ve helped us like Jen McAdam, Tim Curry, and Bjorn Bjerke. I know they won’t stop either.”

The legacy of the podcast will, undoubtedly, be the awareness raised of a scandal that robbed hundreds of thousands of people the world over of their life savings.

Had it been a Ponzi scheme centred entirely around dollars, euros, or pounds, it could be argued that the story might have naturally registered with a bigger audience much quicker than it did.

The fact it involved a mysterious digital currency that few could understand almost left it dead in the water from the moment it broke. Were it not for people like Jamie Bartlett, the biggest fraud in history – totalling an almost incomprehensible $4bn – might have been swept under the carpet.

As well as bringing the story to the attention of the masses, the podcast has also presented a series of lessons that the cryptocurrency and wider world can learn.

“Biggest lesson? There are so many,” adds Jamie.

“For me, personally, it was about the nature of authority.

“It’s so easy now to create the aura of credibility and trustworthiness, and big organisations and credible law firms can sometimes accidentally add to that.

“And the lack of action by the authorities is often taken by scammers as proof of legitimacy – they need to up their game.”

Paxful plans third school in Africa under its #BuiltwithBitcoin initiative