An exec for the Dallas Mavericks basketball team says uptake on Bitcoin payments is slow – but he expects more fans to take interest in the future.

Mavericks Chief Technology Officer David Herr said it is an option for those who want to use it while also allowing the business to prepare for more wide-scale adoption.

“We did some research, heard some discussions and conversations, and one comment was it’s still complicated to 99% of the population. Until it’s more widely accepted, it’s a cottage industry or a neat way to pay.

“I don’t have a crystal ball, we’re just building a platform to be flexible and responsive.” 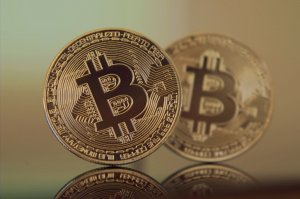 The team works with BitPay, who also made it possible for AT&T customers to pay their phone bills with Bitcoin in May.

The Sacramento Kings was the first NBA team to accept Bitcoin as payment for tickets and sporting goods, adopting the payment method back in 2014 when Bitcoin was worth just $800.

In April, boxing legend Mike Tyson announced that he has signed a deal with the Fan Controlled Football League (FCFL). The deal will see him give away sporting memorabilia via Wax’s blockchain.

All of these steps by major sporting figures and teams could help drive mainstream adoption of cryptocurrencies in the future.

Asset management fund Grayscale has revealed it will file to convert its investment product - the Grayscale Bitcoin Fund ($GBTC) - into a Bitcoin spot ETF.