Sotheby’s latest NFT-inclusive auction, ‘Natively Digital’, has concluded following a week-long bidding war for some of the most highly collectable NFT collections on the market today.

The auction was the first to be hosted on Sotheby’s ‘Metaverse’ platform, which according to the auction house is “an immersive destination for collectors of digital art offering a curated selection of NFTs.”

The collection – titled “Natively Digital 1.2: The Collectors” – featured an array of NFTs such as a ‘Chromie Squiggle‘, a CryptoPunk, an extremely rare ‘Solid Gold’ Bored Ape Yacht Club (BAYC) NFT and an array of cat-based NFTs including Cool Cats.

Surprisingly, the most valuable NFT that sold at the auction was a ‘Rare Pepe‘ NFT dubbed ‘PEPENOPOULOS, 2016’. 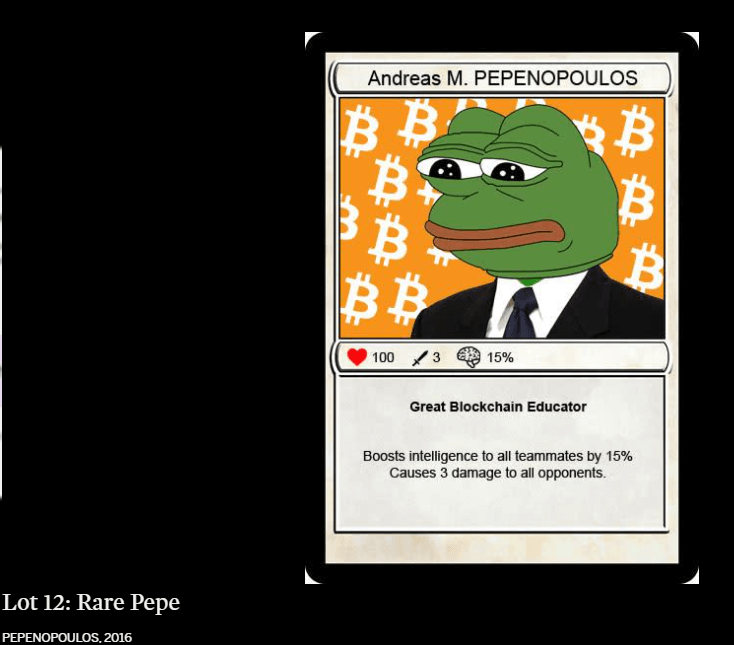 Incredibly, the NFT of the cartoon frog sold for $3.6m at auction and beat out the rest of the competition by a considerable margin.

Two further Rare Pepe sales – A ‘Satoshi Nakamoto‘ and a ‘Pepeair‘ – were made for far smaller amounts of 240k and 52k respectively.

Going into the auction, many expected the ‘Solid Gold’ ape, BAYC # 8817, to reach the highest value due to its rarity, scarcity and the growing popularity of the collection.

Despite not being the top-seller at the auction, the ape still sold for an astonishing $3.4m – a figure that exceeds the highest ever sale made on OpenSea for a BAYC NFT. 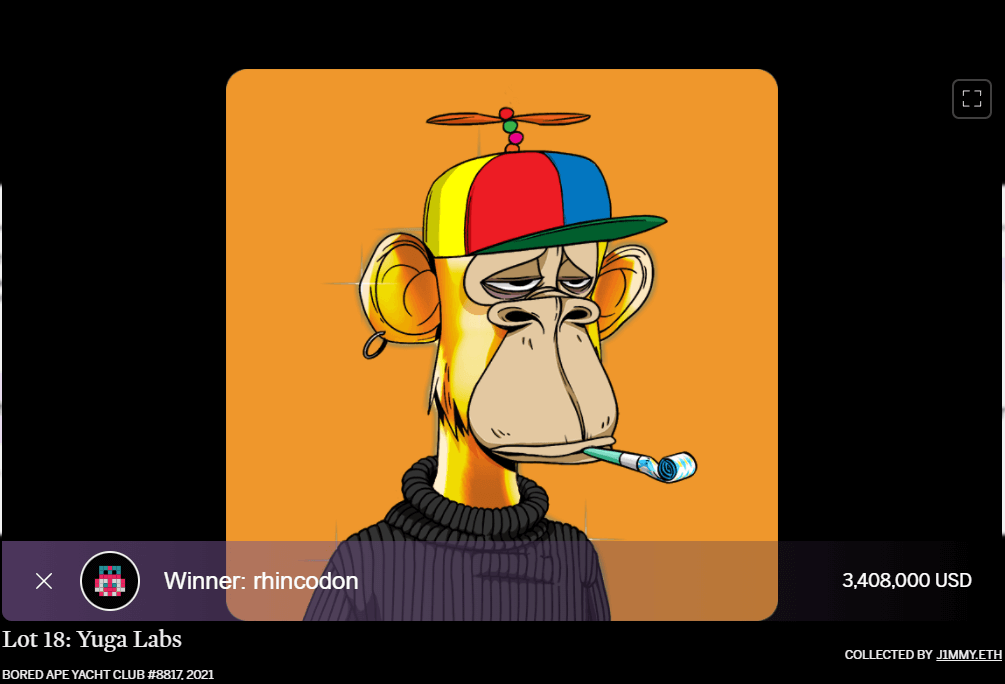 Interestingly the same buyer – ‘rhincodon’ – bought both the Rare Pepe and BAYC NFT, which could signal that a serious buyer was waiting in the wings to snap up the highly collectable pieces.

Other notable sales to mention in the auction include CryptoPunk #8527  – ‘The Bandit Queen’ – which sold for $867k and artwork from prominent NFT artist Dmitri Cherniak.

The lot also featured an array of cat-based NFT collections including ‘OG’ project CryptoKitties, MoonCats and Cool Cats – all of which exceeded expectations at the auction.