DigiByte teams up with Block 30 Labs

DigiByte has announced California-based Block 30 Labs as a partner at the first DigiByte Global Summit taking place in Amsterdam next month.

Currently headquartered in San Diego, Block 30 Labs is developing three core applications of decentralised blockchain technology for global adoption by consumers and merchants for release in its 2019-2020 roadmap.

The applications include a marketplace, digital wallet, and a financial division aimed at providing wallet holders with the ability to invest in customised security tokens.

“We studied Alibaba’s success with the Chinese consumer – through their end-to-end delivery of the Alibaba Marketplace, AliPay, and AliFinancial – and took a lot of inspiration in how they were able to streamline new technology for the customer with one-click inter-operability across the platform,” he said. 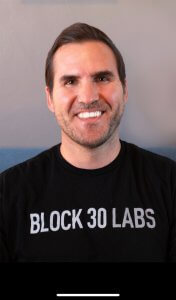 “We see the exact same opportunity for the adoption of blockchain technologies in a more bespoke manner.

“As the global customer becomes more mobile, cashless, and has an increased ‘one-click’ expectation for the management of their personal and financial assets on the blockchain, Block 30 Labs wants to be there.

“If you look at new technologies like Cloud, it wasn’t really until Alibaba and Amazon packaged it up alongside their sales, marketplace, and financial divisions and sold it to the end-consumer, merchants, and Fortune 500 enterprise that it really took off. We view decentralised blockchain as at a very similar crossroads.”

“The full ecosystem vision of BLOCK 30 Labs is a perfect match for the vision of where we want to go with DigiAssets moving forward,” he said.

“By leveraging the speed, scalability, and security of the DigiByte blockchain as the backbone of their offerings, Block 30 Labs will pierce the secondary layers of the consumer, merchant, and professional enterprise world. Which is a huge milestone along the journey for mass global adoption of the DigiByte ecosystem.”

Stefania Barbaglio commented: “Block 30 is a revolutionary team that will accelerate the decentralisation of consumer and enterprise adoption, asset tokenisation, and more accessible 1st-3rd world financial cooperation on the blockchain.

“The DigiByte team and community are extremely excited about their future announcements at the conference.”

Tickets can be purchased here: http://digibytesummit.io.

Nydia Zhang: Aiming to encourage more philanthropy in blockchain and save the planet