Blockchain technology has truly paved the way for endless possibilities, and this has recently improved with the emergence of the open web, which is also integral to the future of the sharing economy.

NEAR Protocol is a typical example of a decentralised blockchain project that is designed to facilitate the new open web with a major focus on developer and user-friendliness.

Just before we provide an answer to the question of ‘what is NEAR Protocol?’ let’s quickly go through a brief history of the dApp platform.

Brief history of NEAR protocol

To begin, NEAR Protocol which started out as ‘NEAR.ai’ is a product of NEAR collective, a globally distributed group of teams, made up of many individual organisations and contributors.

Before transitioning into a full-fledge blockchain protocol, NEAR.ai which was co-founded by Alex Skidanov, and Illia Polosukhin was primarily focused on program synthesis, a field that studies automated programming from the human specification.

Then, the goal of NEAR.ai was to push the boundaries of research in the field of program synthesis while also developing a game-changing product based on this technology.

In line with their initial ambition, the company was collecting data from programing competitions, which according to the NEAR founders, was a great source for gathering different problems that are intended to be solved using various programming languages.

In their first year alone, they were able to collect more than 30,000 problems and over 10 million solutions. However, things got more complicated than they imagined as they got overwhelmed with the dynamics of all the problems they were able to gather.

Soon after, they streamlined their research to address something that is more trending and future-proof. As a result, they hearkened to the advice of their advisors and looked into generating smart contracts for Ethereum.

Subsequently, NEAR.ai founders met with some friends who were more familiar with the blockchain field and were able to discover some limitations with the existing blockchain system.

Leveraging this limitation, they decided to come up with a product that is easy-to-scale and developer-friendly, leading to the birth of NEAR Protocol.

What is NEAR protocol?

Unlike other smart contract-enabled blockchain systems, TPOS uses a preset consensus in which a large number of participants maintain the network, increasing decentralisation and security while also ensuring a fair reward distribution mechanism.

The platform, which aims to exceed Ethereum, especially in terms of scalability, is also known for its developer and end-user friendliness. Notably, NEAR Protocol included features such as human-readable usernames which replaced the more prominent cryptographic wallet addresses. It also essentially allows users to interface with dApps and smart contracts without the need for a wallet 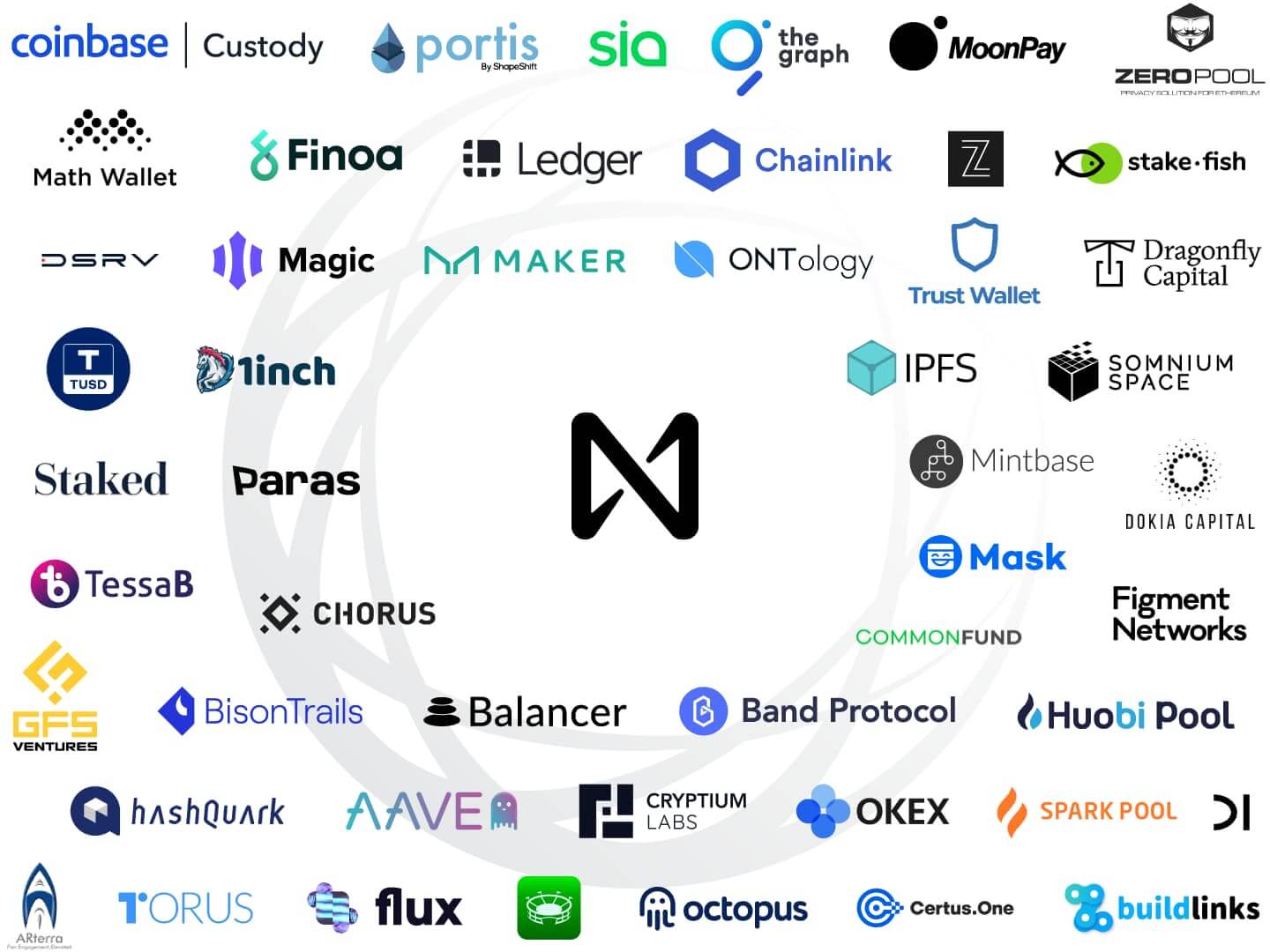 Based on the same underlying infrastructure as Bitcoin, NEAR further combines the advancement of community consensus, database sharding, and scalability to deliver what it claimed to be “the most accessible network in the world for both developers and their end-users.”

Aside from Ethereum, NEAR protocol is also striving to rival other prominent smart contract-enabled blockchain systems such as EOS, and Polkadot, both of which also make use of POS consensus mechanisms.

How does NEAR protocol work?

To understand how the NEAR Protocol works, one must first comprehend the scalability challenge that layer-1 blockchains such as Ethereum face.

If you are very familiar with the blockchain ecosystem, you would know that one of the biggest challenges faced is that of scalability. In this context, scalability refers to a blockchain’s ability to process a huge number of transactions while delivering at a reasonable speed and cost.

Now, while prominent layer-1 blockchain systems like Ethereum (prior to the recent launch of Ethereum 2.0) grew overburdened as a result of high demands, and became extremely intolerable for most dApps trying to scale, developers began to advocate for scaling solutions to be built on the network.

However, just as Ethereum was about to grant that request, other projects, like the NEAR protocol, snooped in and proceeded to establish a separate blockchain with different infrastructure

Specifically, NEAR protocol proposed a sharding mechanism that is used to partition a blockchain network database as its own answer to the scalability issues faced on Ethereum as well as other layer-1 blockchains.

Just before we proceed to discuss the broader role of shredding in the NEAR protocol, it is important to mention that every blockchain system relies heavily on what is termed as ‘node(s).’

Primarily, nodes are responsible for three things; i. Process transactions i.e validate, ii. Communicate validated transactions and completed blocks to other participants, and iii. Save and store the transaction history of the entire network.

Now, for a layer-1 blockchain, for instance, these activities can get extremely congested, particularly in the case of increased activity or demand from hosted Dapps and their end-users, further burdening the network’s nodes until everything becomes extremely slow. So, this is where NEAR’s sharding mechanism swings into action.

What is sharding and how is it instrumental to NEAR Protocol?

As previously stated, the sharding mechanism is primarily used to partition a blockchain network database, and more precisely in this context, it is employed to reduce the computational load within the network as well as enable network nodes to administrate effortlessly.

By splitting the network operations into shards i.e fragments, it becomes way easier for each node to operate efficiently within assigned shards. In other words, every node will no longer be required to run all the network’s code, but instead, the one that is most relevant to the apportioned shards.

Furthermore, the NEAR Protocol employs a horizontal partition, implying that nodes in the network can manage activities in a sequential order rather than vertically, which could cause additional issues.

How does NEAR Protocol Consensus work?

In addition to what we said earlier, the NEAR Protocol employs an advanced POS system known as TPOS, which requires nodes to first obtain and stake the platform’s native token, NEAR token, before becoming validators on the network.

However, token holders who are not interested in operating a node on the network can delegate their stake to other validators of choice and get rewarded as such. That said, it is important to also note that NEAR employs an auction system to choose validators after every 12-hours.

While validators with the largest stakes have more influence in the consensus process, not every one of them is responsible for validating ‘chunks,’ – an aggregation of transactions from a shard.

Instead, non-transactional validators are tasked with creating blocks that contain chunks from all of the shards. Whereas, other nodes on the network that are not involved in either of these two activities act as witnesses (i.e. observers) on the network, identifying and reporting malicious conduct as warranted.

Any validator found guilty of any malicious behavior risks losing a portion of their stake due to a “slash.”

What is NEAR token?

As expected of any blockchain system, NEAR Protocol also makes use of a native cryptocurrency – NEAR as its default transactional token. The NEAR coin is also used as collateral for storing data on the blockchain or perhaps for staking in a liquidity pool/yield farming.

In addition, the utility token is also used to compensate validators or developers who create smart contracts.

When it comes to governance protocol, the NEAR platform is unique in that resource distribution is not handled by the platform’s decentralised autonomous autonomy (DAO). Instead, the NEAR Foundation is entrusted with the obligation by the platform.

The non-profit organisation based in Switzerland is in charge of protocol maintenance, ecosystem funding, and protocol governance. Furthermore, unlike most blockchain protocols, where nodes vote for the reference maintainer, the NEAR Foundation board is in charge of appointing those to act in the same capacity on the NEAR crypto network.

Ultimately, NEAR Protocol is striving to set a standard for other Open web (Web 3.0) infrastructure providers by offering unique developer and user-friendly capabilities.