Coin Rivet is giving everyone the chance to win one Bitcoin this weekend in the latest edition of the Coin Rivet Soccer Six.

In order to be in a chance with winning a Bitcoin, which is curently worth more than $43,500, users will need to correctly predict the scores in six European football matches this weekend.

The most anticipated match of all is the Manchester derby with league-leaders Manchester City hosting local rivals Manchester United at the Etihad Stadium.

United caused a shock this time last year when they beat City at the Etihad in a heated 2-0 win.

In our other five fixtures, we see high-flying Atalanta take on Jose Mourinho’s Roma in Italy, with a tight game expected to take place in Bergamo. 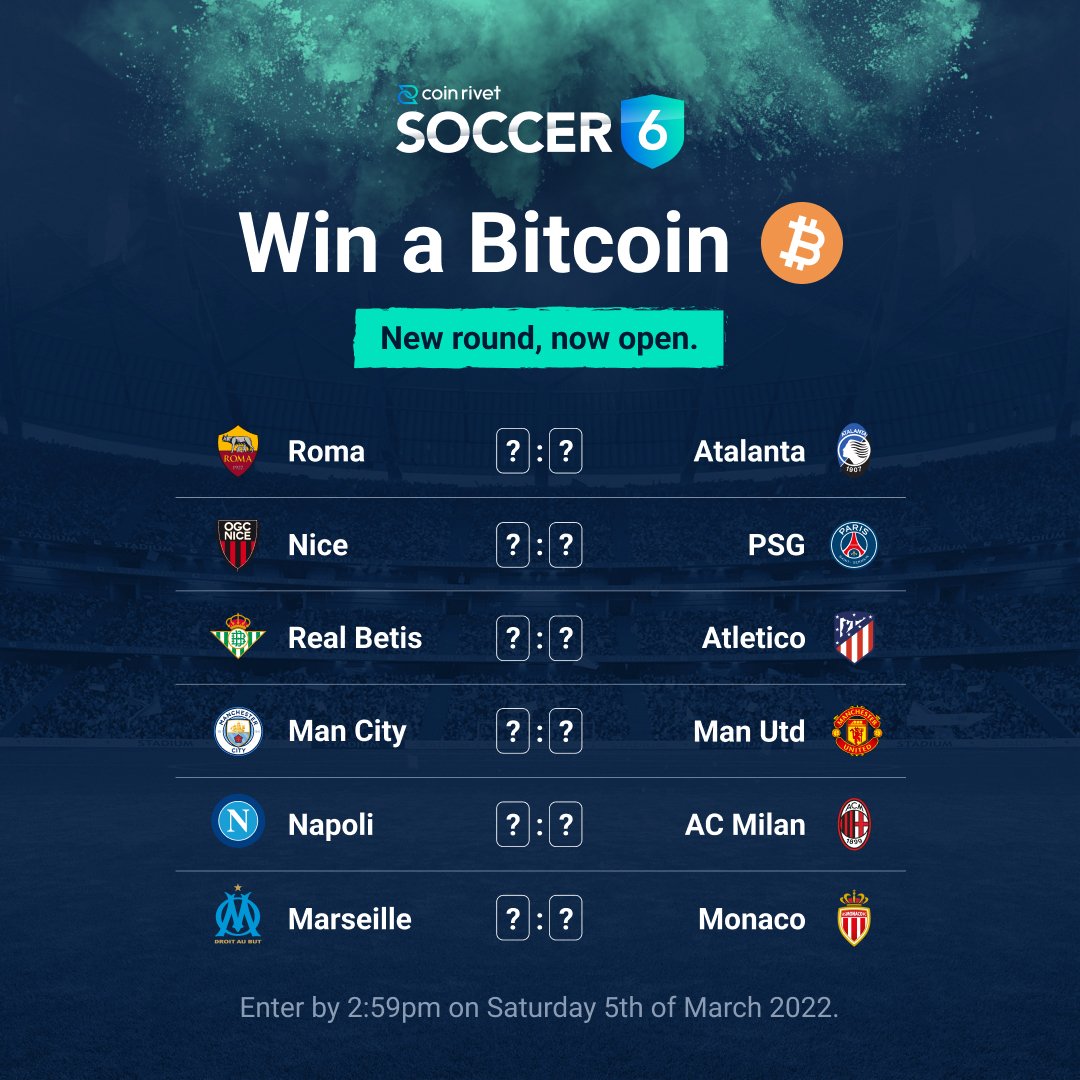 Elsewhere in Italy, AC Milan will travel to Napoli with the hosts topping the league table. Whilst it is expected to be tense given the title situation, matches with Napoli rarely lack goals.

There is also two games in France’s Ligue 1, with Marseille hosting Monaco and Nice welcoming the visit of Paris Saint Germain – who may be resting players ahead of their trip to Real Madrid next week.

In Spain, meanwhile, Real Betis will be looking to bounce back from their disappointing defeat to bitter rivals Sevilla with a home-match against Diego Simeone’s Atletico Madrid.

Coin Rivet Soccer Six will run every week, with entries closing at 2:59pm on Saturday and re-opening for the following week on Saturday evening.

To see if you can win one Bitcoin this week, click here.