ALICE HENSHAW: "Last year, I ran workshops on Solidity development particularly aimed at women in the hopes that I can motivate them to enter this somewhat intimidating space"

Coin Rivet recently had the pleasure of catching up with Ethereum smart contracts developer Alice Henshaw.

Alice spoke candidly to us about her love for computer security, the pitfalls of the private securities market, and motivating more women to enter the intimidating space of blockchain development. 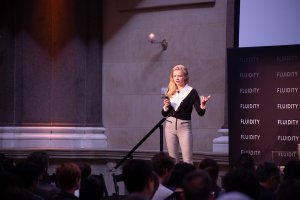 Could you tell us a bit about your own personal journey as a blockchain developer?

I have been involved in the blockchain space for just over three years now in various ways. Currently, I am a blockchain developer focusing on development on the Ethereum blockchain, which I’ve been doing for the last 18 months or so.

I am currently working for Fluidity (fluidity.io), where my day-to-day role involves developing smart contracts for Decentralised Finance (DeFi), alongside some research. Smart contracts are essentially programs which can be deployed onto certain blockchains, which are then executed in a decentralised way.

What drew you into working on smart contracts?

As a smart contract developer, you have to focus on the security of your contracts every single day – by publishing programs in such a public and decentralised way, and often using them to manage money, you’re almost asking people to try to hack them. This element of critical security brings together my love for computer security and blockchain.

Currently it seems as though you are working on the tokenisation of securities. Why is this an important area to tackle?

Blockchain provides a simple way to implement ownership and transferral of assets – much as you can transfer Bitcoins between individuals, you could transfer shares from one person to another. The current, traditional private securities markets are implemented in such a way that private securities are illiquid, inefficient, and inaccessible to the average investor.

Tokenising these securities allows us to automate and massively simplify a number of the traditional processes, which ultimately has the potential to fix a number of issues. However, security tokens are still subject to the same regulations as traditional securities, meaning that all regulatory requirements must be outlined and implemented before any security can be tokenised.

We are fast approaching a point where tokens are being created for just about anything, even if they do not serve a real purpose. From a developer’s point of view, how can we remedy this trend and ensure only tokens with real purpose, use cases, and value are created?

Due to the nature of blockchain, there’s nothing that can be done to prevent the creation of these tokens – it’s incredibly easy to deploy a new token contract to Ethereum. The fact that we cannot prevent useless tokens being created means that they need to instead be identified and called out by the community, thereby deterring people from purchasing the token.

This is happening more and more as users are becoming educated on what a good token model looks like. However, there’s certainly still work to do. I’m a strong advocate of helping the blockchain community be more diverse. As is true with technology in general, there are a small number of women working in the space.

Last year, I ran workshops on Solidity development particularly aimed at women in the hopes that I can motivate them to enter this somewhat intimidating space and to help them do so with the confidence to voice their opinions and ensure they are heard.

‘Bringing crypto to the masses’ is the aim for KuCoin CEO

Our goal is to make crypto accessible to all, says co-founder of Swissborg