Ready to travel deep into the belly of the beast? This article aims to explain the subtleties of each EIP present in Constantinople, and the changes promoted by this key upgrade of the Ethereum network. After all, in the end, fundamentals are key for ETH's long-term value!

Constantinople is a complicated upgrade that combines five major Ethereum Improvement Proposals, or EIPs for short, proposed by prominent Ethereum developers such as Vitalik Buterin, Wei Fang, and also Vlad Zamfir, who just recently left the Ethereum foundation to work on his own Casper protocol.

The Constantinople update is the last piece of the Metropolis upgrade and will bring much needed network improvements, making way for proof-of-stake (PoS) and sharding which will come with the upcoming Serenity upgrade. 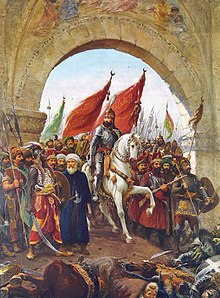 Before we dive deep into the belly of the beast, it’s important to remember Ethereum’s previous and actual roadmap. Since its initial release, it has suffered multiple crucial upgrades (both hard forks and soft forks, as explained in this guide).

Each single upgrade below represents an important milestone for the Ethereum network, as it moves from a proof-of-work (PoW) consensus protocol into proof-of-stake with the ultimate goal of being a world computer, home to all the best dApps.

At the time of writing, the most up-to-date Ethereum roadmap looks like this:

There are five major goals Constantinople aims to achieve, as reported by Coin Rivet, and each EIP promotes a different change to the protocol:

Each EIP is a layer of improvements on top of previous enhancements done during the Homestead and Byzantium upgrades.

The above improvements will help sidechains interact with the Ethereum blockchain (EIP 1014) by making it easier to bridge data in-between networks (EIP 1283), as well as allowing for cheaper smart contract functionality (EIP 145 and 1052) to be implemented. The delay of the difficulty bomb, which will in essence make PoW obsolete in Ethereum, was contested by some members of the community, although due to the delay in the release of Casper’s PoS, I understand why the foundation opted to not impose a difficulty increase.

At the time of writing, all major clients communicating with the Ethereum blockchain, such as Parity, Geth, and so on, have all accepted and upgraded their infrastructure to match the upcoming Constantinople hard fork, as we can see below.

I’m not expecting any issues with the upgrade tomorrow. By moving forward with Constantinople, the Ethereum Foundation proved their resilience against adversity (once more), an important feature for any project that wishes to survive the long bear market we’re currently facing.

The long-term vision Vitalik imprinted on the Ethereum Foundation team is what excites me the most. As he said during the DevCon4 conference in October 2018:

At the end of the day, technology simply creates newer frameworks for humans to communicate and exchange value differently. By developing its network towards a cheaper, more scalable, and decentralised ecosystem, Ethereum is making sure it maintains its value-capture model by remaining a central piece in the cryptocurrency sphere.

We need to talk about marketing