Insider leaks memos of eToro's secret plans to launch a debit card next year to 'expose blatant profiteering', but company hits back by saying profit should be celebrated

Crypto trading platform eToro has confirmed to Coin Rivet that it is looking at launching a debit card after the company’s plans were leaked earlier today.

An anonymous source within eToro sent a string of emails to leading financial publications exposing memos and graphics of how the eToro card would work and look.

The emails detail how the firm – set up in 2017 – will be able to cash in on next year’s card launch in London by allowing users to spend their eToro profits on recurring payments similar to standing orders.

The source behind the leak is understood to be attempting to expose what they believe is blatant profiteering, accusing the brokerage company of capitalising on its customers.

However, a spokesman for eToro told Coin Rivet they were actually proud to be a yield-led organisation, arguing that profit was the very thing customers were pursuing.

“When we started eToro our goal was to disrupt the world of trading – we wanted to change the way people think about trading and investing, ultimately reducing dependency on traditional financial institutions and make trading and investing more transparent and fun,” the spokesman said.

“This mission remains our guiding light and we will continue to evolve both organically and by acquisition in order to bring our customers the very best experience.

“At a time when other FinTechs state that they are not even targeting profitability, we are proud to be a well-funded, profitable business that is growing both in terms of geographical coverage but also product range.”

Before confirming the card plans, the spokesman also pointed out that eToro’s business model was largely built on giving its clientele an opportunity to copy the investments of traders who were successfully reaping profitable rewards.

“We are a trading and investing platform that not only provides clients with access to the assets they want from commission-free stocks and ETFs through to FX, commodities and cryptoassets, but also lets customers choose how they invest. They can trade directly, copy another trader or invest in a portfolio,” they added.

“Regarding the debit card, we can confirm that this is something we are working on. However it isn’t something we can provide any detail on at this point in time other than to say that as a business, eToro has always evolved its product line up to meet the needs of our 12 million registered users across 100+ countries.” 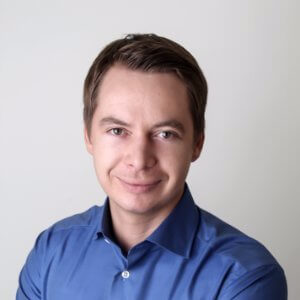 The leaked memo also caught the eye of Wirex CEO Pavel Matveev. Wirex was one of the world’s first cryptocurrency-based companies to launch its own debit card.

Mr Matveev advised that, in a crowded market, eToro would need to be offering a very attractive unique selling point to attract customers.

“For example, Wirex and Coinbase are regulated e-money institutions with similar products that allow you to store, exchange and spend digital currencies.

“The EU market is already crowded and highly competitive – most people have one or more bankcards. It’s likely that most eToro customers already have an account with one of the challenger banks, so eToro will need to come up with a unique idea to win over these customers.

“At the end of the day, everyone in the sector is competing for a share of the market.”

Russian Ministry of Internal Affairs confirms it will seize crypto

Cryptocurrency just took a giant leap towards mainstream acceptance by appearing in the latest episode of The Simpsons. A song and dance routine explaining distributed ledger technology featured alongside...

The Irish Criminal Assets Bureau (CAB) has been unable to access €53.6 million in Bitcoin that was seized earlier this week as the suspected drug dealer lost the private...

A fascinating aspect of the recent trial of OneCoin lawyer Mark Scott has come to light with the release of court papers detailing the transcript of the 51-year-old’s trial....