The NFT collectables will be debuted at this weekend's tournament in Reykjavik, Iceland

Players at the upcoming EVE Online Alliance Tournament XVII will be able to immortalise their in-game skills and prowess in the form of ‘NFT collectable kills’.

The tournament’s novel approach to NFTs will be featured in the form of a ‘Kill Certificate NFT’, which will be created when a player at the tournament delivers the “final blow” to the opponent.

Players will then be able to trade, collect and flex their NFTs on the Tezos blockchain.

The game’s developer, CCP Games, said it was “embracing innovation and sustainability” by selecting Tezos for the unique NFT collection, which will be debuted at this weekend’s tournament and then concluded at the finals on November 14.

The forty-team tournament will take place in Reykjavik, Iceland and be streamed live on Twitch. 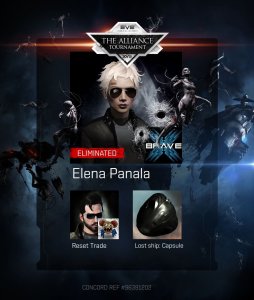 EVE Online is a free to play, community-driven MMORPG where players can explore space, engage in “immense PvP and PvE battles” and contribute to a thriving player economy in an ever-expanding sandbox.

Tezos has recently become popular with an array of NFT creators looking to leverage its “minimal energy consumption and negligible carbon footprint” when minting and trading non-fungible tokens.

The blockchain has worked with the Grammys to bring NFTs to the 64th Grammy Awards in January 2022 and also partnered with Red Bull for a special ‘limited edition’ NFT collection ahead of this weekends Mexican GP.

BinaryX to be listed in Binance