Yang, who is now CEO of Bitmain's rival MicroBT, has reportedly been taken into custody

Yang, who is now CEO of rival company MicroBT, has been taken into custody over a dispute involving the intellectual property rights of Bitmain, according to Chinese news outlet BlockBeats.

BlockBeats cited “insiders” among the mining and exchanges community. If convicted, Yang could be jailed for between three and seven years.

Yang left Bitmain in June 2016 after being denied an equity stake by co-founders Jihan Wu and Micree Zhan, according to Bloomberg.

Shortly after Yang founded MicroBT, he was sued by Bitmain over patent rights, but a court revoked the lawsuit. 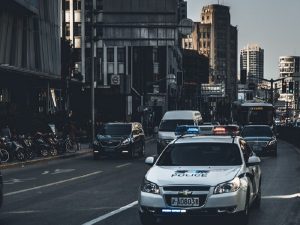 This week, Bitmain co-founder Micree Zhan – who was recently ousted from the crypto mining firm by fellow co-founder Jihan Wu – threatened legal action to reclaim his position at the company.

Chinese news outlet Sina Finance reported last week that Zhan had been abruptly replaced by Wu, who would take over all of his responsibilities at the company.

However, the recently expelled Zhan published an open letter to his WeChat account this week alleging that he was removed from the company without his consent.

He is now threatening legal action in an attempt to regain his position following the alleged coup.

HIVE Blockchain Technologies has acquired a cryptocurrency mining operation with access to 30 megawatts (“MW”) of low cost green power at a leased facility located in Lachute, Quebec. According to...

Bitcoin’s mining difficulty and hash rate has fallen substantially overnight, prompting concern among investors and traders. According to data from Coin Dance, Bitcoin’s hash rate has plunged from 136.2...

Will the Bitcoin halving spur a bull market?

The highly anticipated Bitcoin halving will take place later this year, with several analysts predicting that it could spur another cryptocurrency bull market. Roughly every four years, or every...