The head of a securities exchange has slammed Facebook’s rumoured launch of a cryptocurrency as doomed for failure.

“Contrary to popular opinion, it’s Facebook that will fail where Bitcoin has prevailed,” said the entrepreneur.

“Bitcoin is doing exactly what it’s supposed to be doing: creating a grass roots movement driven by individuals.”

The boss of the FCA-approved exchange suggested that regulators might be minded to shut Facebook’s project down before it gets off the ground.

“The regulators cannot regulate Bitcoin because there is nowhere to go, but regulators know how to access Facebook,” he warned. 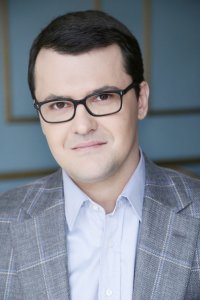 “They’ll turn up at Facebook’s shiny offices in Silicon Valley and shut the project down.

“Bitcoin has prevailed because regulators can’t shut it down – that means the regulators are having to find creative ways to protect consumers, and they’re only at the start of that process.”

He also points to an alternative approach for the ‘FaceCoin’ project, which he brands as a needless exercise.

“Facebook is yet to confirm rumours of a coin and there is a good argument that says they don’t even need one,” he added.

“It would be better to mirror WeChat’s approach in China by giving users access to P2P payments through their app, similarly to PayPal.

“Only time will tell, but Facebook can’t launch a cryptocurrency in regulators’ backyards without being thrown out.”

QuadrigaCX plot thickens as cold wallets are found to be 'empty'

Rio de Janeiro to buy Bitcoin as a store of value

The Mayor of Rio de Janeiro - Eduardo Paes - has announced the South American city will buy Bitcoin as a store of value for Brazil.

People are now able to use Dogecoin as payment for some merchandise on the Tesla website, as confirmed by founder Elon Musk.

The Russian bank Tinkoff has revealed it purchased a stake in Swiss digital company Aximetria and may now hold approximately 83.2%.