First National Bank (FNB) has pointed the finger of blame at poor regulation in South Africa as the reason for its decision to close the bank accounts of the nation’s crypto exchanges.

FNB has served notice on a raft of cryptocurrency trading platforms, urging exchanges and related businesses to find a different banker – a move it describes as “a prudent course of action” given South Africa’s inability to deliver robust crypto regulation.

If funds aren’t moved to an alternative institution by a certain date, accounts will be shut down and assets frozen.

“FNB can confirm that it has given reasonable notice to terminate its banking services to virtual currency exchanges and intermediaries trading in virtual currency,” a spokesman said.

“FNB considers this to be a prudent course of action following a comprehensive review of the potential risks currently associated with these entities, particularly given that appropriate regulatory frameworks are not yet in place.”

The bank has offered no further explanation or details, nor will it say if the decision was made under pressure from the South African Reserve Bank.

It also refused to confirm which South African companies were involved, although it is understood both VALR.com and Luno are affected.

Instead, a representative of FNB responded to TechCentral’s Duncan McLeod by saying the bank “cannot provide any information on specific bank accounts”.

VALR.com CEO Farzam Ehsani did, however, confirm that his company – which launched only five months ago – had been told by FNB that it would discontinue banking services. 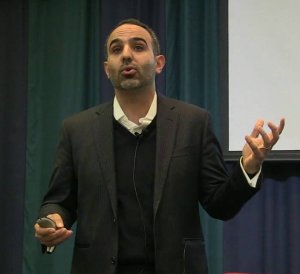 “Our FNB banking facilities currently remain operational, and we are in discussions with FNB about the exact date of termination,” he said in a statement.

“We will communicate this date to our customers in advance to ensure a seamless transition to our other banking partners, some of whom are already enabled on the VALR platform.

“We welcome the positive reception we have received from other South African financial institutions that have banked us and have recognised our significant investment and commitment to complying with local and international guidelines, regulations, and laws.

“We are hopeful that future regulatory clarity will cause FNB to revise its decision, particularly in light of the increasingly favourable regulatory environment for the cryptocurrency industry that is emerging both in South Africa and abroad.”

Earlier this year, a working group made up of several financial bodies in South Africa delivered a consultation paper on its proposals for the regulation of cryptocurrencies and exchanges.

Called the South African Intergovernmental FinTech Working Group, it has yet to follow up on the paper or indeed comment on the FNB’s recent decision.