Boba Network soared from $870,000 in TVL to $300 million in one day on November 14 and quickly jumped to third place among Layer 2 projects with with over $1 billion TVL in early December, surpassing Optimism for the #2 spots behind dYdX. But what exactly is Boba, and why is it so promising?

Boba is an L2 Ethereum scaling & augmenting solution built by the Enya team, the core contributor to the OMG Foundation.

It was formerly known as OMGX Network, which was one of the first Ethereum scaling projects to propose the Layer 2 concept, and focused on payment positioning and Plasma-based scaling solutions. However, with the emergence of new solutions such as Optimistic Rollup in the Layer 2 network, OMGX’s position gradually weakened. It rebranded as Boba Network and, on August 19, Enya officially launched the main network beta version of Boba, which is jointly maintained by the OMG and Enya teams.

A fork of Optimism, Boba has Optimism’s security features but also has its own highlights such as reduced gas fees, improved transaction throughput (the number of requests the system can process per unit of time) and extended smart contract capabilities. It is a fast-exit solution backed by community-driven liquidity pools, reducing the Optimistic Rollup exit period from seven days to only a few minutes, giving LPs incentivised yield farming opportunities.

According to Footprint Analytics, Boba’s TVL increased from $87 million to a peak of over $1.4 billion in two weeks – a rise of 1,500%. The surge was due to two reasons. 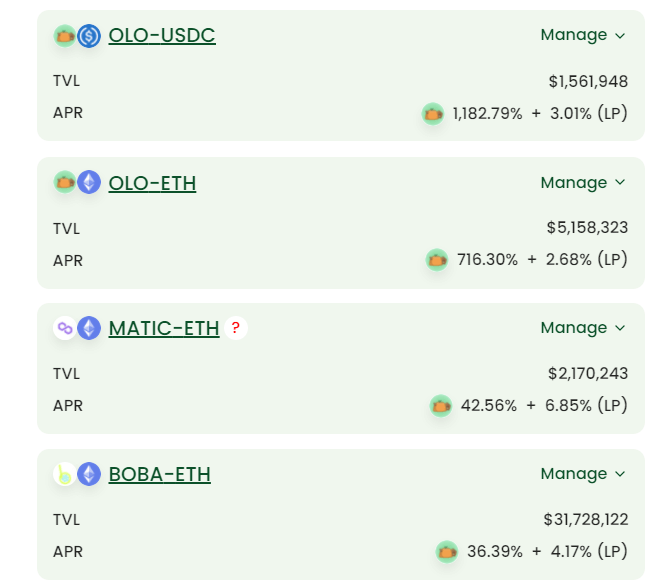 However, Boba’s TVL has fallen rather than risen in recent days and currently stands at $915 million. The decrease is probably due to  Boba’s disabling of fraud proofs, which means users can run a validator software and compute valid state roots locally (Merkle roots characterizing Rollup status, including account balance in the Rollup, Contract code, etc), but not on chain.

To support the Boba network, BOBA was launched on November 19 as a governance token for the Boba DAO, which can be  staked to earn rewards on Boba.

According to the Boba documentation, the Boba test network is currently using ETH as the primary fee token with priority given to supporting OMG, the OMG Network’s token, when the mainnet goes live. Of course, Boba’s long-term vision is to support as many fee tokens as possible.

How does Boba differ from Optimism 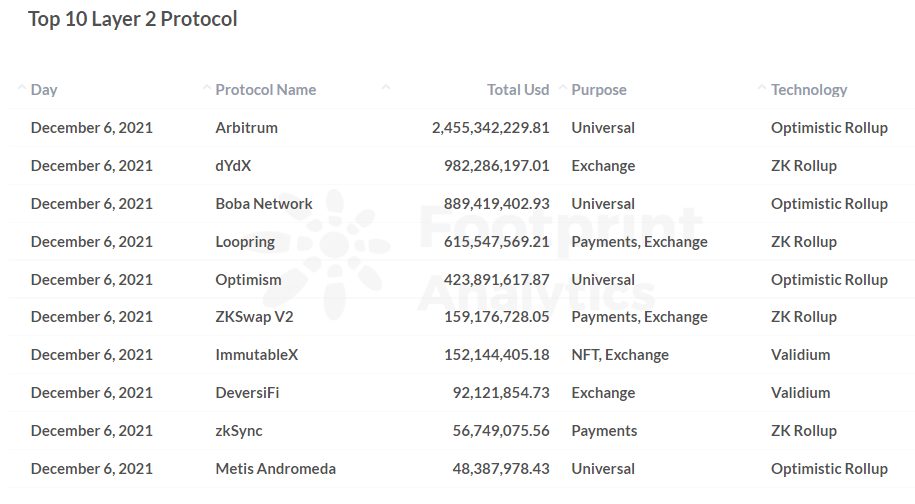 Similarities between Boba and Optimism…

Differences between Boba and Optimism…

Savings on gas fees, shorter exit cycles and improved transaction throughput, among other things, undoubtedly make Layer 2 one of the most important Ethereum breakthroughs.

Boba, a Layer 2 project, has tackled all of these problems head-on and its TVL is booming as a result. Moreover, Boba has integrated big names such as Coin98 Wallet, DODO, API3 and Anyswap in a short period of time to give users added credibility. 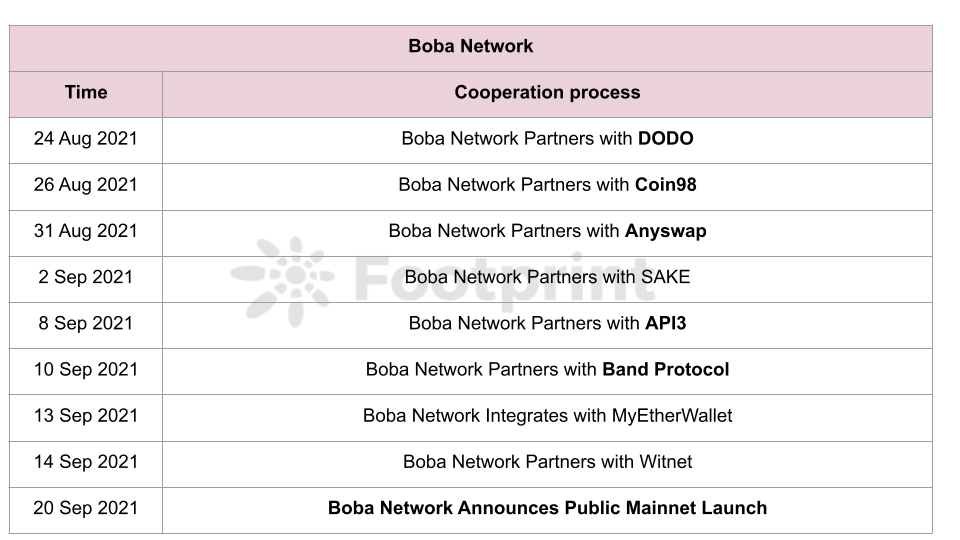 Statistics on Boba partners according to news sources

However, Boba is an emerging project that’s been online for a very short time. The team needs to continually update and iterate the project, as well as stay ahead of trends in the crypto industry, for Boba to maintain its growth.

For more data developments and content from the DeFi ecosystem, click on the Footprint link for more project dashboards and analysis.

The above content is only a personal view, for reference and information only, and does not constitute investment advice. If there are obvious errors in understanding or data, feedback is welcome.