Footprint Analytics analyses whether HECO can make a comeback in 2022

In the goldrush atmosphere of crypto, it’s easy to forget about the losers, the ranks of which HECO looks like it will join. The decentralised chain of Huobi, the ecosystem has fallen far behind Binance Smart Chain, which it is highly similar to, in TVL and number of projects.

However, HECO isn’t going down without a fight and has recently launched its Master Builders program to attract talented developers.

While the outlook isn’t optimistic for HECO, could this chain—which does have several legitimate benefits—make a comeback?

According to Footprint Analytics, as of December 23, HECO’s overall TVL was $1.86 billion, accounting for only 0.68% of all chains and ranking 14th. 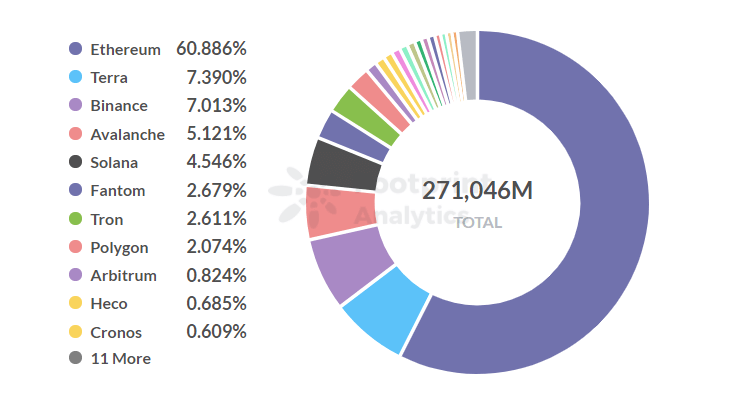 After the verifier node campaign, the HT price fell from a high of $35 to less than $10 after the 519 event and has been relatively quiet ever since.

HECO mainly has DEX, lending and yield projects; from the composition of its TVL, we can see that DEX is 57%, yield is 30%, and lending is 13%. 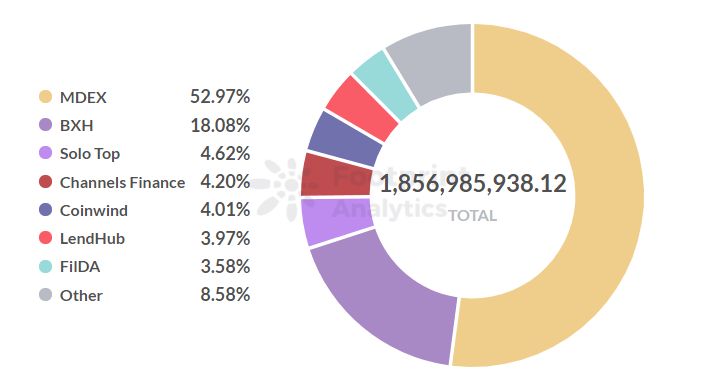 BSC (Binance Smart Chain), which also relied on centralised exchanges and started almost the same time as HECO, has a TVL of $19 billion, a native token (BNB) with a coin price of $527 and 232 dApps.

Developed by Huobi Exchange, HECO made a series of incentives and plans to promote ecosystem growth.

However, HECO has previously encountered some setbacks.

The Hash Bridge Oracle team incorrectly added HBO tokens to the HBO/USDT LP pool outside of a planned HBO/USDT mining pool contract. The mistake caused HBO to crash and substantial impermanent loss for LP investors. The price of HBO dropped directly from nearly $100 to $2 within a week.

BOOK’s farming mechanism requires users to buy BOOK and other coins to provide liquidity, which effectively raises the price of BOOK and attracts users to deposit. The Book Finance team increased the number of BOOK surreptitiously and sold the tokens after mining. The price of BOOK fell from $30 to $0.1 within a week.

The Avatar team failed to launch its project and shifted the problem of code errors to the auditor. Community users found in the whitepaper that the avatar of its founder came from the internet and was the avatar of a real estate agent.

Why do projects on HECO go wrong so often?

As an early stage ecosystem, HECO sought rapid growth and failed to properly control and audit projects. At the same time, users got roped in by the promise of high interest yields.

In a December 2 press release, HECO announced it launched the first phase of the Master Builders campaign, selecting quality projects in terms of security audit, project innovation, product maturity, data growth, community and brand reputation, and offered generous rewards for the winning projects. The goal is to boost the growth of DeFi, GameFi and Metaverse projects.

The HECO chain creates more possibilities for its trading ecosystem, and it is highly similar to BSC in terms of technical architecture and ecological planning. However, the two chains are quite different in terms of TVL and ecosystem development. With the background of China’s strict crackdown on the crypto exchanges, the future of HECO, which mainly focuses on the Chinese market, is still not optimistic.

Footprint Analytics: The state of NEO five years on