Footprint Analytics: What is the most scalable protocol in Layer 2?

Layer 2 blockchain protocols are built atop Layer 1, like Ethereum, and exist to make transactions faster while solving scaling problems.

There are 19 major Layer 2 projects in total, shown on the graph below .

Despite the newness of this category, and the rapid growth of projects, is it possible to predict which Later 2 protocols will succeed?

While it is impossible to predict developments for certain, investors can analyse projects according to TVL growth change, rich ecosystem and the way of technical validation proof. According to these metrics, Arbitrum and Boba Network are particularly strong projects, whereas zkSync and OMG Network have serious potential if they can achieve the above

According to Footprint Analytics, the Layer 2 blockchain network had a total TVL of $3.7 billion as of December 30, with the largest share of TVL being Arbitrum at $2.4 billion followed by Boba Network at $400 million, Optimism at $420 million, Metis Andromeda at $300 million, and the smaller funds of zkSync and OMG Network ($68 million and $3 million).

The advantages and disadvantages of these three scaling techniques are as follows.

How do different Layer 2s validate?

Except for OMG, the other five blockchain networks record all transaction data on-chain.

How much money do Layer 2 solutions save compared to Ethereum?

The cost of using Ethereum is 4 to 20 times higher than Layer 2. Transfer fees on zkSync cost as low as $0.44 and those of Arbitrum One are about $2.

On December 30, the transfer fee fluctuates but is currently as low as $0.25. 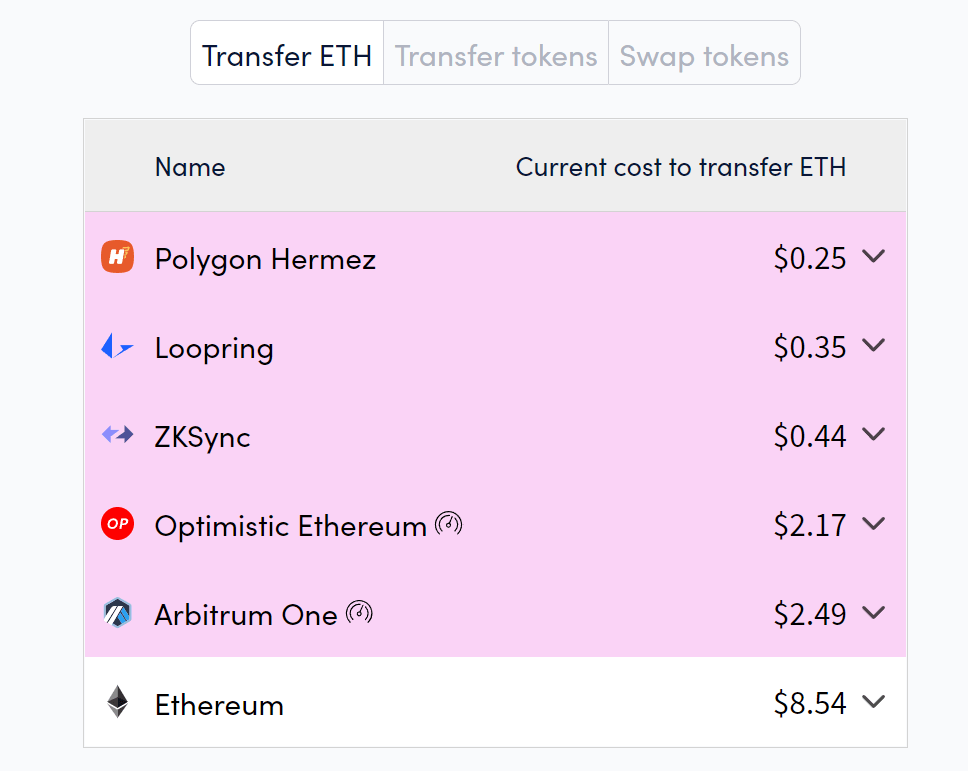 How many protocols for different Layer 2s?

The Arbitrum mainnet was launched on October 14 2020, and has attracted major names including Curve, Sushiswap, Abracadabra and the rebranded Multichain cross-chain.

As a result, the on-chain ecosystem is growing, allowing Arbitrum, which has yet to issue a native token, to take the top spot on the Layer 2 project list with a TVL of $2.5 billion. 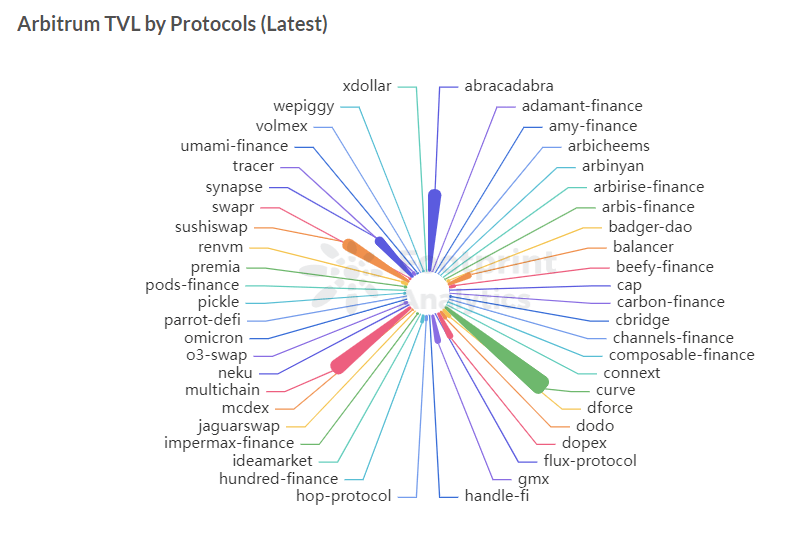 The Optimism ecosystem currently has 15 dApps and is dominated by the Synthetix ecosystem. This is a slight advantage over blockchains such as Avalanche, Solana and Arbitrum.

The Boba Network ecosystem currently has 3 dApps. Footprint Analytics provides an in-depth analysis of Boba’s ecosystem in “After its huge surge, could Boba become the top Layer 2 project”.

The largest amount of money in Boba is accounted for by its DEX project Oolongswap, which acts as Boba’s liquidity hub. It aims to offer the best trading experience, cheapest fees and lowest slippage in Boba, and introduces the revolutionary concept of dynamic transaction fees.

The other blockchains – Metis Andromeda, OMG Network and zkSync are relatively homogeneous compared to Arbitrum and Optimism – all currently have one to three dApps.

According to Footprint Analytics, as of December 30, dYdX had the most TVL out of any Layer 2, followed by Loopring and then ImmutableX.

It is worth noting that ImmutableX uses Validium as its scaling technology, while the other two top projects use ZK Rollup.

ImmutableX (IMX) has just launched its governance token, with a total of 20 million IMX tokens in circulation and three main use cases: pledges, transaction fees and governance.

These three also differ in the scaling solution.

Congestion and high gas fees rendered Ethereum unusable for most people. To solve these problems, Layer 2 blockchains and projects have emerged to alleviate the challenges of Ethereum, leading to a massive inflow of users.

So, how do you evaluate the most promising protocols among the many Layer 2 projects?

Footprint Analytics is an all-in-one analysis platform to visualise blockchain data and discover insights. It cleans and integrates on-chain data so users of any experience level can quickly start researching tokens, projects and protocols. With over a thousand dashboard templates plus a drag-and-drop interface, anyone can build their own customised charts in minutes. Uncover blockchain data and invest smarter with Footprint.