Having previously been a market maker on NYSE Arca, Eric Crown decided to take a leap of faith away from traditional markets to the Wild West of digital assets

While going from trading options on NYSE Arca to trading Bitcoin on BitMEX seems like a big leap, it’s something that has come relatively easy to Crown, who live-streams his trading insights to his 26,000 YouTube subscribers twice a day.

The extroverted American began his trading career at a very young age after going down to the floor of the Pacific Stock Exchange with his father aged 11.

“I’d wake up at the crack of dawn and go down to the floor to be a clerk,” Crown told Coin Rivet.

“That really sucked me in, as even though everyone’s wearing suits and are dressed for business, it’s a complete adult playground, and I really loved that.

“One of the things I was really afraid of was getting stuck in a compact office job, so the trading floor really appealed to me. After that I spent some time going to the University of Oregon to study economics and business, but as far as schooling went, I never found my passions there, and none of it prepared me for actual trading.” 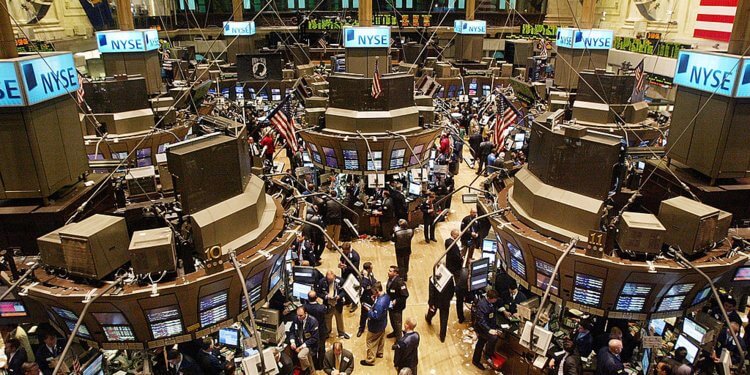 After having graduated from the University of Oregon and coming to the realisation that an office job wasn’t for him, Crown went back to “harass a family friend who had transferred to NYSE Arca”.

Crown continued: “He taught me how to trade options. I was very lucky to be around some of the best traders on the floor at NYSE and eventually I took a series 56 to become a market maker myself at a relatively young age. Then I got very lucky again. One of the older guys from the exchange who had 35+ years’ experience took me under his wing and let me trade on his account before I eventually graduated to trading independently.”

Hearing about Bitcoin in 2014 was a ‘game changer’

“A few years later, I started learning about this magic internet money called Bitcoin. That was a game changer. I first heard about it on the floor in 2014 when it went parabolic and blew off its top. We were all talking about it, but it wasn’t until a year later when I actually started to come into the crypto landscape that I started to trade Bitcoin. Ever since then I haven’t looked back. I stopped trading traditional markets completely and now I’m really enjoying it.”

When asked how trading Bitcoin compares to traditional markets, Crown revealed that the most compelling difference is the lack of liquidity.

“The lack of liquidity was a major shock to the system. Of course, this is essentially the Wild West for trading right now, but this does present a significant amount of opportunities. The percentage plays in Bitcoin are unmatched in any other market – it’s just insane. Of course, that comes with its own issues, but I do enjoy the market because of that opportunity,” he added.

While several cryptocurrency ‘traders’ and ‘influencers’ have faced criticism for shilling and not actually knowing how to trade, Crown puts his money where his mouth is by trading live on stream twice per day.

He started a streamer account on BitMEX with “around 500 bucks” and proceeded to turn that into “more than 20 Bitcoins” within the space of a year.

“I did get lucky with that [the streamer account]. On the first trades I ran the risk of getting rekt. After the first few drops from $10,000 and $8,400 last year, I was on the right side of the trade. At that time, there was no reason to be bullish in a macro downtrend. Technicals were lining up and there were more lower highs over time.”

What’s the secret to being a successful trader?

More important than knowing trading strategies and technical analysis is “emotional control”, according to the ex-NYSE trader.

“It’s as much of an emotional and psychological game as it is anything else,” he claims.

“You can’t get happy when you make 20% and you can’t get sad when you lose 20%. With trading, you will always make losses – even the best traders in the world take losses. But they don’t let that loss influence their decisions. That’s the whole value in technical analysis as it’s a law of probability, so over time you will have that advantage.

“If you get into a mindset where you entice those emotions and entertain those emotions, whether positive or negative, they both lead you to the same place. It puts you into a psychology where you actually walk off from making sound decisions – you will lose your edge. It’s the same thing as a poker player. Professionals say, ‘I don’t get happy when I win and I don’t get sad when I lose’ – it’s exactly the same thing.

“You have to remind yourself that losses are just a part of the process. You also need to have a healthy body and healthy mind. Myself, I work out regularly, read and meditate every morning, and I also eat a strict diet. When you have all of that in order, the rest will fall into shape.”

Crown streams his trading expertise twice every day on YouTube, where he also has links to exclusive trading guides and techniques.