Leading crypto investors including a16z, Tiger Global and Solana Ventures participated in the funding round

Forte, a provider of blockchain solutions for game publishers, has secured an additional $725 million in Series B funding from an array of leading investment funds in the crypto space.

The funding round was led by Sea Capital and Kora Management, with additional funding provided by notable gaming and media publishers including Animoca Brands, Warner Music Group, and zVentures (Razer).

A number of blockchain partners such as Cosmos, Polygon Studios, and Solana Ventures also participated in the fundraise alongside prominent crypto investors Andreessen Horowitz (a16z) and Tiger Global. The additional funding now brings Forte’s total capital raised to more than $900 million in 2021.

Forte also provides game publishers with built-in compliance and security products alongside interoperability between multiple blockchains, creating a cross-chain environment for games and platforms to interact with each other seamlessly. 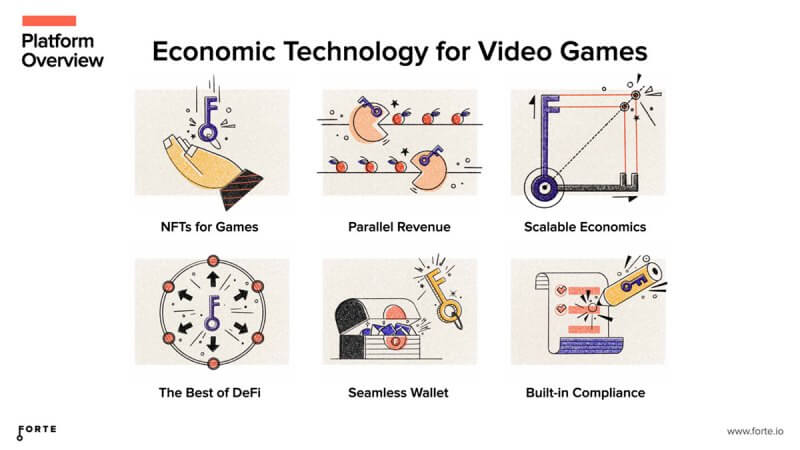 Forte co-founder and CEO Josh Williams said the introduction of blockchain gaming marks a notable shift in the gaming industry and the technology used.

“Over the past 50 years, games have undergone seismic shifts in their business and revenue models, becoming more aligned with players at every turn,” he said.

“We believe we are at the forefront of a new technological wave, and blockchain gaming will be even bigger than all the shifts we’ve seen before.

Forte’s mission is to prepare all game developers, big and small – whether you already have a AAA title with millions of players or you are building a blockchain game from the ground up – to be successful in this new landscape.”

Blockchain gaming has become a hot topic recently following Facebook’s rebranding to ‘Meta’ and the reveal of its own native Metaverse environment, leading to a spike in interest of various ‘Metaverse’ projects to the space.

Since then, projects like The Sandbox, Decentraland and Axie Infinity have been attracting players at record rates who are looking to immerse themselves in the metaverse and enjoy play-to-earn (P2E) games, enabling them to earn tokens for their participation.

Esports and crypto have also started to partner up and launch major marketing campaigns due to the similar demographics of audiences and userbases.