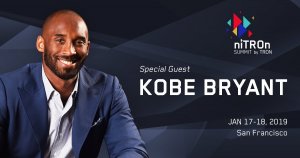 Investors in a smart contract protocol created by renowned developer Andre Cronje, named Eminence Finance, have lost a total of $15 million after a flash loan bug was exploited...

This week’s DeFi deep dive examines a new yield farming protocol that has created a unique deflationary currency named CORE. CORE can be staked and farmed at cvault.finance, where...

Creative community Corcovado has announced a new project called CorcoCoin which aims to help prevent climate disaster with crypto-based rewards for the carbon captured by growing trees. The innovative...