On March 15, the lending protocol Hundred Finance was hacked on the Gnosis chain, losing 2,363 ETH. Immediately, Hundred Finance paused all markets on the chain. Prior to the hack, Hundred Finance was a relatively small DeFi protocol on Gnosis, with highest $313M TVL. As a fork of Compound, its features were nothing special. However, its multi-chain deployment gives it a place to grow. After the hack, all that was shaken. TVL dropped to 30% within one month. But Hundred Finance is still kicking. What exactly is this project and  can it recover its past TVL?

What is Hundred Finance? 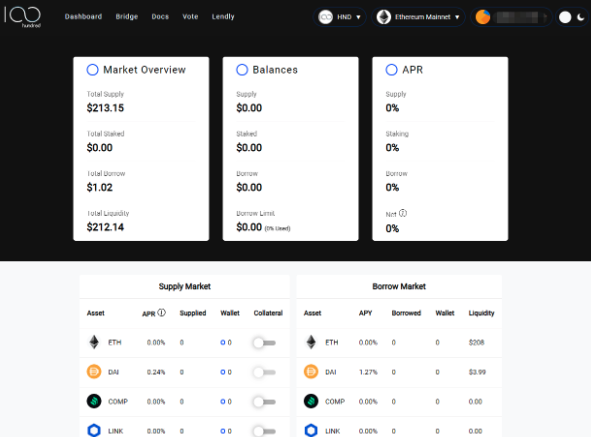 Hundred is basically the same as Compound, with a few innovations overlaid.

Users who deposit tokens on Hundred provide liquidity and in return earn variable interest. Interest rates vary based on market supply and demand. As the platform token HND is used as a governance token, the interest rate will be determined by a community vote.

Users who deposit assets will receive interest-bearing tokens – hTOKENS – and can also increase their income by staking hTOKENS. Hundred is more encouraging for users to deposit stablecoins on chains besides Ethereum, so only these pools with the stake symbol are available for stake. 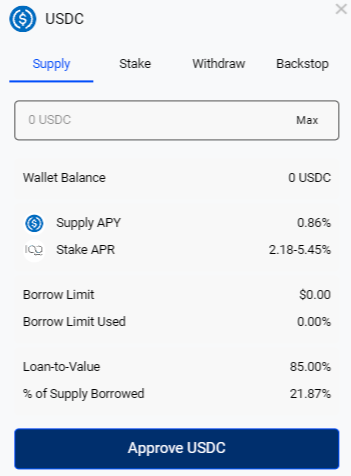 With the deposited assets as collateral, the user can borrow assets. Users should also be aware of the possible liquidation risk when the value of the collateral drops to the Collateral Factor (CF). The liquidator will receive the collateral at a discounted price, which means that the borrower’s assets will be lost.

After depositing the asset, users can choose to provide it to the borrower for interest income, in addition to the option to make the asset liquid for automatic liquidation. Currently, only pools with the B.Protocol Backstop logo on the Arbitrum and Fantom chains are supported, both of which are stablecoin pools.

Users who choose Backstop will not only receive rewards from the platform token HND, but more importantly, in the event of liquidation, they will be rewarded with a discounted liquidation of the liquidated assets. Approximately 8% of the liquidation amount will be allocated to the backstop provider.

When large market swings are predicted, depositing into Backstop can yield significant returns.

Lendly is primarily set up so that project backers can be paid for providing stablecoins, so that the project team can use their own native token as collateral to borrow these stablecoins. This prevents the project team from selling their token in exchange for funding when they need it, which would put pressure on the token to sell.

Users can also use the features of the lending protocol: deposit assets, lend assets, swap, re-deposit. This continuously increases the deposited assets to gain more returns. By selecting different assets to deposit and lend, users can go long or short on the assets. Up to 5x leverage is possible when the Loan-to-Value is 80%. However, the user can afford a smaller drop and the risk of liquidation will be higher.

Hundred issued tokens two months after launch, and then opened a governance token based on a vote-escrow model developed by Curve. There are three tokens involved.

HND is Hundred’s native token, with a total of 100 million in issue. Of this amount, 40% will be allocated to the project treasury for liquidity mining incentives, partner mining, and other community activities. The remaining 60% is divided into 3 equal 20% for development and operations, Compound DAO and Percent (PCT) token migration.

Same as the Curve’s veCRV, different amounts of veHND can be obtained by staking HND at different lock times. Users can choose their own pools in Gauge voting after obtaining veHND to increase the APY obtained, up to 2.5 times boost.

veHND can also be used for voting, and will have a vote to determine how much HND is released in each pool each week.

mveHND is a mirrored version of veHND. Mirroring allows the user to see the sum of all locked veHNDs across chains, which allows the governance system to quickly remain operational across all chains.

The chains that can aggregate veHND include Moonriver, Gnosis and Optimism. When a user votes in any of these three chains, if veHND is not in the chain they are operating in at the moment, the user will see a “Mirror Locks” button that allows them to apply the total balance.

This compatible mechanism allows the user’s APY to rise as well, and can further enhance the value of HND.

According to Footprint Analytics, the current price of HND is not good, having fallen from a high of over $5 in January to $0.25. The trading volume is also gradually declining, and the activity of market transactions is decreasing.

The TVL of the entire DeFi sector took a downward turn at the beginning of the year compared to the previous year, and Compound’s TVL is also trending downward. Hundred has also been impacted by macro factors, and the total supply has dropped even faster after the attack, which is now around $52 million across the three chains.

The borrowing amount is also not high, with most pools having higher borrowing rates compared to Compound. Users prefer to just save rather than borrow, with an overall utilization rate of 34%.

Fantom dominates the active users (70%). Polygon has brought in a few active users since its launch, but Fantom, the mainstay, is declining too fast. New users are also on a steady downward trend.

Looking at user behavior on April 26, both suppliers and borrowers are less than withdrawers and repayers, with far more people on farming withdrawing and claiming than depositing. This does not look good, and the trend in these figures over the last 90 days is essentially the same, showing that more users are flowing out.

Looking at the users of Hundred, there are 15 DeFi projects per capita, averaging $1.41 million, with a relatively even distribution of users in various investment ranges.

However, the investment range of these users on Hundred is more under $1,000 (61%), which means that users are not using Hundred as their main investment platform, but more as an experiment. These users invested an average of $140,000 on Hundred, which is only 10% of the total average investment amount. 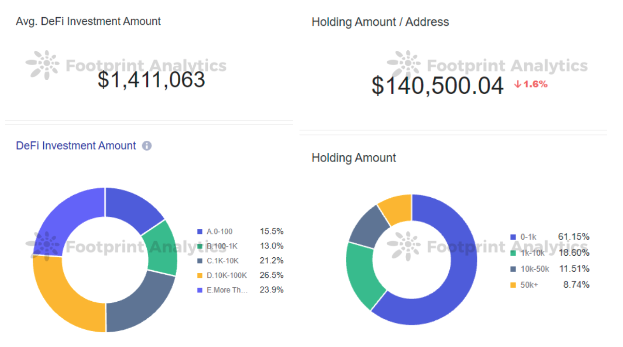 As a fork of Compound, most of the features of Hundred are very similar, which reduces the learning cost for new users. This also gives users no reason to give up Compound, which has a first-mover advantage, to choose Hundred.

But for retail users, the Compound gas fee on Ethereum is not friendly enough, Hundred’s multi-chain layout solves this pain point.

Although the team is constantly trying to innovate, the whole project is still fork-based and tokenomics is forked from Curve, which is still not exciting enough for users. The team’s lack of marketing also makes it hard to be seen by more people.

After being attacked, Hundred’s overall performance has fallen, and from the performance of the data, it has not yet found a breakthrough point to rise.
This piece is contributed by Footprint Analytics community.

Anonymous Turns to CultDAO for Support Against Unjust Government Actions