A suspected fraudster has been charged with conning investors out of cash to fund a cryptomining operation.

Donald Blakstad, 60, who splits his time between San Diego, California and Las Vegas, Nevada, raised $3.5m from three companies and spent the money on a stake in a nightclub, a luxury car, and illicit securities trading, according to a US Securities and Exchange Commission (SEC) document.

One of the companies, ESI, was presented as a state-of-the-art cryptocurrency mining centre.

The document states: “Blakstad and ESI told prospective investors that ESI was a business involved in cryptocurrency mining, and would use investor funds to purchase equipment and cover ‘start-up costs’.

“Blakstad, in his capacity as ESI’s president, sent an email to prospective investors representing that ESI had ‘developed a world-class data center for cryptocurrency mining’.

“Blakstad’s email stated that the mining operation offer(s) a unique opportunity for people looking to make large investments in the cryptocurrency mining space.” 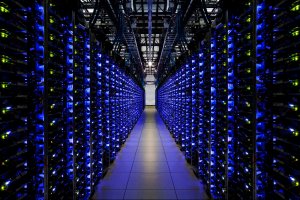 The SEC document adds after receiving investor funds from the sale of ESI securities, Blakstad used at least $270,000 of the funds for his personal expenditures, which included cash withdrawals, hotels, casino and restaurant expenses, and payments for other personal items.

Blakstad and ESI issued nearly $60,000 in checks to investors as a purported return on their investments – even though ESI was not profitable.

In July 2019, Blakstad was charged both civilly by the SEC and criminally by the United States Department of Justice with insider trading in the securities of Illumina, a biotechnology firm.