SHEBA KARAMAT: "Has anyone ever been moronic enough to buy a car with the firm belief that women half their age and a third of their weight will suddenly begin flinging themselves at their feet?"

Remember the glory days of TV from the 1970s? Those wonderful game shows – virtually always hosted by a middle-aged white man with slicked-down hair?

What about his assistant? Never a middle-aged man dressed in a suit from his chin down to his mirror-like slip-on shoes now was it?

But hey, that was the seventies – the ‘sex sells’ era when a glamorous TV assistant wearing little more than a bikini and a dentist’s dream of a smile wouldn’t even appear on the objectification radar.

Fast forward to 2018 and we live in a world where no one in their right mind would use a scantily-clad woman to sell a serious product, let alone hold some over-sized comedy playing cards on television. Right?

A couple of weeks ago, Coin Rivet attended a hugely popular blockchain and crypto event. It was an absolute triumph when you consider the number of people we met and engaged with. Their enthusiasm for what we are doing in this space was an absolute delight to hear.

What felt a little removed from delight, however, was the decision of a couple of exhibitors who chose to hire young women with legs up to their heaving bosoms in a pathetically lame bid to entice people to their stall.

Don’t get me wrong, these were very beautiful and no doubt intelligent young women who had chosen to work that day in catastrophically high heels and dangerously-low tops. They were doing it of their own free will and were, in no way, being forced to attend.

The problem lies squarely with whoever it is around the boardroom table who lacks the kahunas to say “you know what, I think half-dressed models beckoning people to our product is a massive insult to the intelligence of the good people blockchain and crypto – let’s do something better instead, eh?”.

Thankfully, it is a way of thinking that I firmly believe is on the wane. And not before time. The dark side of the force which holds a torch to this kind of nonsense was present at the event, but it wasn’t as strong as it has been in the past.

In fact, I felt a disturbance in that force. I got the sensation that people were – counter to what the exhibitor wanted – actively giving certain stalls a wide berth because they didn’t want to be part of it.

At #BlockchainLive18 listening to amazing talks. Realising the blockchain potential, thinking the future… Maybe it is time to stop objectifying women… pic.twitter.com/mzicqVbgmE

Indeed, several conversations in the ladies’ room even confirmed this suspicion.

In fact, one of the models being hired by an exhibitor was, at one point, leaning against a toilet door rubbing her raw feet and delivering the most unladylike of cusses to her towering shoes.

But you see, that’s just one of the many ridiculous things about the perceived glamour of the ‘sex sells’ world where people hire beautiful young models, dress them in very little and ask them to drape themselves over a car bonnet to try and get you to buy into the lifestyle that might come with that vehicle.

Seriously, has anyone ever been moronic enough to buy a car – or anything for that matter – in the firm belief that women half their age and a third of their weight will suddenly begin flinging themselves at their feet the moment they reach for their keys?

Doesn’t that very thought just tell you more about the stupidity of some men, rather than the intelligence of most women?

You know what, I’m not even going to answer that question. I’ll let evolution handle it instead. 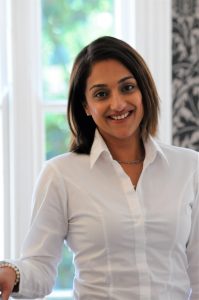 Is 0x listed yet? A Coinbase story

Cryptocurrency futures and options exchange LedgerX has announced that it will launch digital currency perpetuals powered by Brave New Coin. It will use Brave New Coin’s BTC and ETH...

BCB Group raises $4.5m in a strategic funding round

Tesla CEO Elon Musk was involved in another Twitter storm overnight, tweeting that Bitcoin is “almost as BS as fiat money” in spite of Tesla’s recent $1.5 billion investment....