Cardano is a project that began in 2015 as an effort to change the way cryptocurrencies are designed and developed. The overall focus is to provide a more balanced and sustainable ecosystem that better accounts for the needs of its users as well as other systems seeking integration – a key feature for mass adoption.

Cardano did not begin with a comprehensive roadmap. Rather, it embraced a collection of design principles, engineering best practices, and avenues for exploration following academic research principles. From this unstructured set of ideas, the developers working on Cardano began to explore cryptocurrency literature and to build a toolset of abstractions.

Cardano was conceptualised and founded by Charles Hoskinson, one of the co-founders of Ethereum (alongside Joseph Lubin and the iconic Vitalik Buterin), and is composed of the Cardano Foundation, InputOutput HK (IOHK), and EMURGO.

Cardano’s token, ADA, can be used to send and receive digital funds. This digital cash represents the future of money, allowing fast, direct transfers that are guaranteed to be secure through the use of cryptography.

Cardano’s proof-of-stake (PoS) consensus protocol is called Ouroboros, and it is a DPoS (Delegated Proof-of-Stake) system. IOHK claims it established security properties for the protocol comparable to those achieved by Bitcoin, as Ouroboros provides a proof-of-stake blockchain discipline which offers qualitative efficiency advantages over blockchains based on proof of physical resources (proof-of-work).

The goal of the ADA token is to be a completely new and decentralised form of digital cash that can be used to build powerful dapps, giving life to the whole Cardano ecosystem. Key features include:

Currently, there is about 80% of the total ADA supply in circulation:

According to Cardano’s roadmap, there will be five major technological breakthroughs expected from the platform:

The way the technology stack is developed means Cardano is based on a liquid democracy, so the ADA tokens come into play at the governance level. The tokens are set up following these rules: 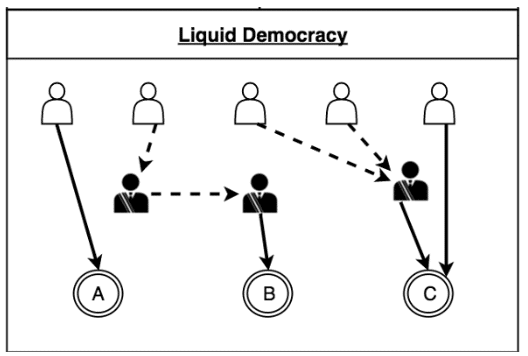 Cardano’s coding is done in Haskell, while smart contracts will be coded in Plutus. There are some advantages in using functional programming languages as a base layer (Haskell) with imperative languages on top (Plutus), as we can see below: