What is blockchain technology?

How to use a blockchain explorer

In this guide, we cover what a blockchain explorer is, the meaning of each field and how it can be used to your advantage!

A blockchain explorer is a browser for the blockchain, similar to how we have browsers like Mozilla or Google Chrome for web pages.

Every Bitcoin and altcoin user relies heavily on blockchain explorers to track their transactions and amounts, however, very few users really appreciate the full potential of these explorers. These browsers provide much more valuable information than just tracking of transactions. Any user has complete access to all blockchain data at the tip of their fingers.

For the purpose of the guide I will discuss two main blockchain explorers:

The way both work are very similar, even in terms of block and transaction information. However, Ethereum transactions might contain data with instructions for smart contracts living in the network. These can, sometimes, be more interesting to investigate. 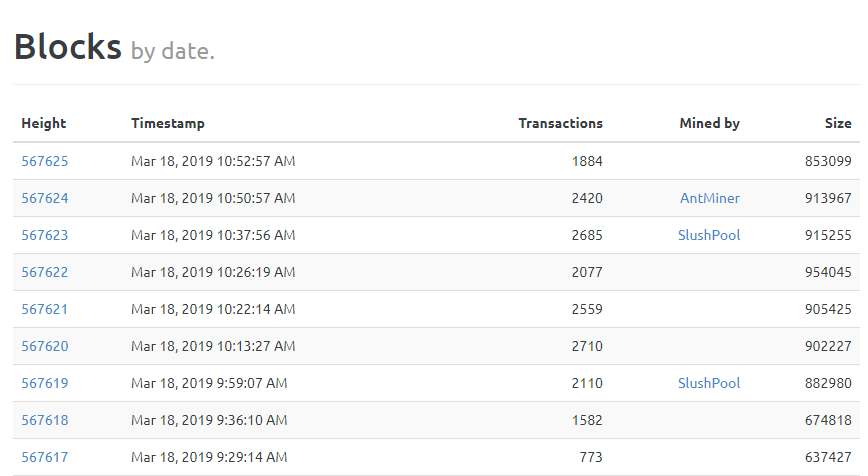 The blockchain contains all transactions completed within the Bitcoin network. By looking at the blockchain explorer highlights, we can see the following information:

With all this information we can see the overall state of a blockchain in terms of how many blocks have been processed, the number of transactions per block and the time-period between each. It is with these variables we can calculate a blockchain transactions per second (TPS), as well as make assumptions about the scalability of a certain technology.

The more blocks there are with more transactions, the better it is for scalability. However, in terms of security, it’s best to have the opposite: smaller blocks with fewer transactions. That’s because of routing and fault tolerance, as the more information nodes need to carry and transmit, the more centralised a blockchain needs to be. 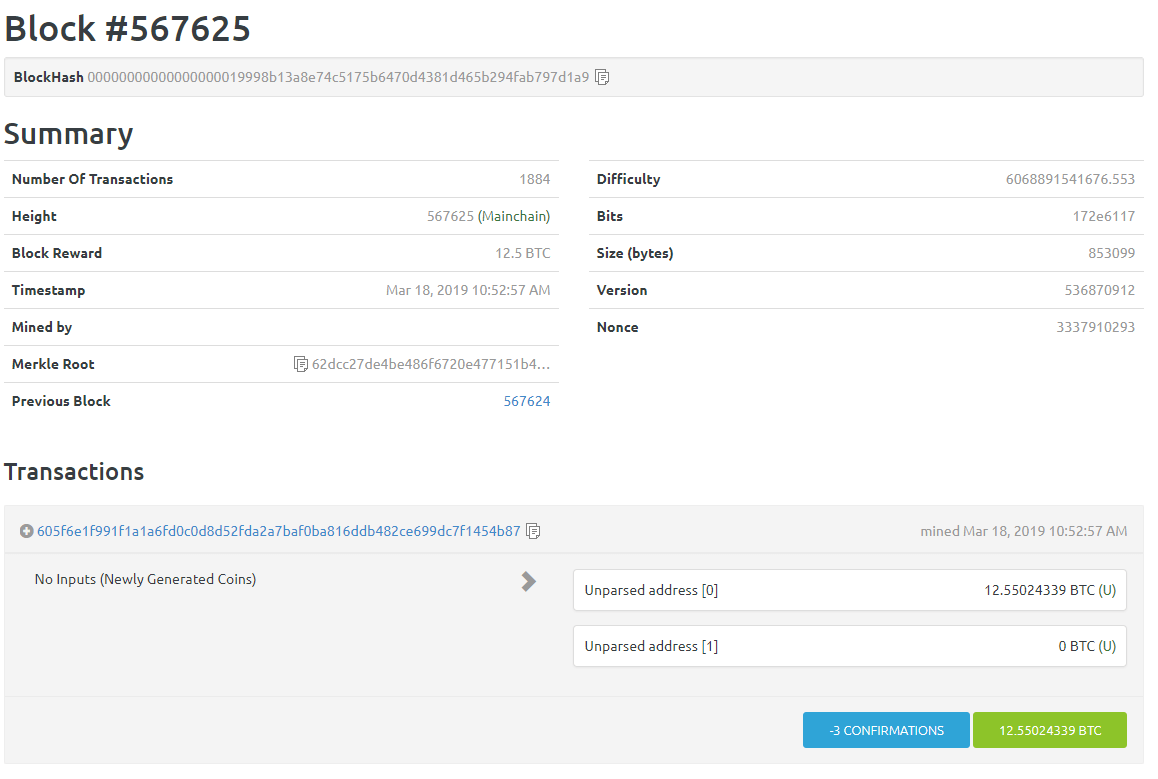 When we drill into a certain block, we’re able to see detailed information about each block and incorporated transactions. What we should focus on is:

Regarding the Transactions part of the image, we basically have the transaction hash, or tx, represented by 605f6e1f991f1a1a6fd0c0d8d52fda2a7baf0ba816ddb482ce699dc7f1454b87  and the information about the addresses where the coins were sent.

The transaction you’re looking at is a miner reward, which is a bit different than traditional Bitcoin transactions, as you can see below.

A regular transaction usually has many output addresses, simply because that is how the protocol works, in order to obfuscate and give users a bit more privacy.

The information it contains can be easily translated into: 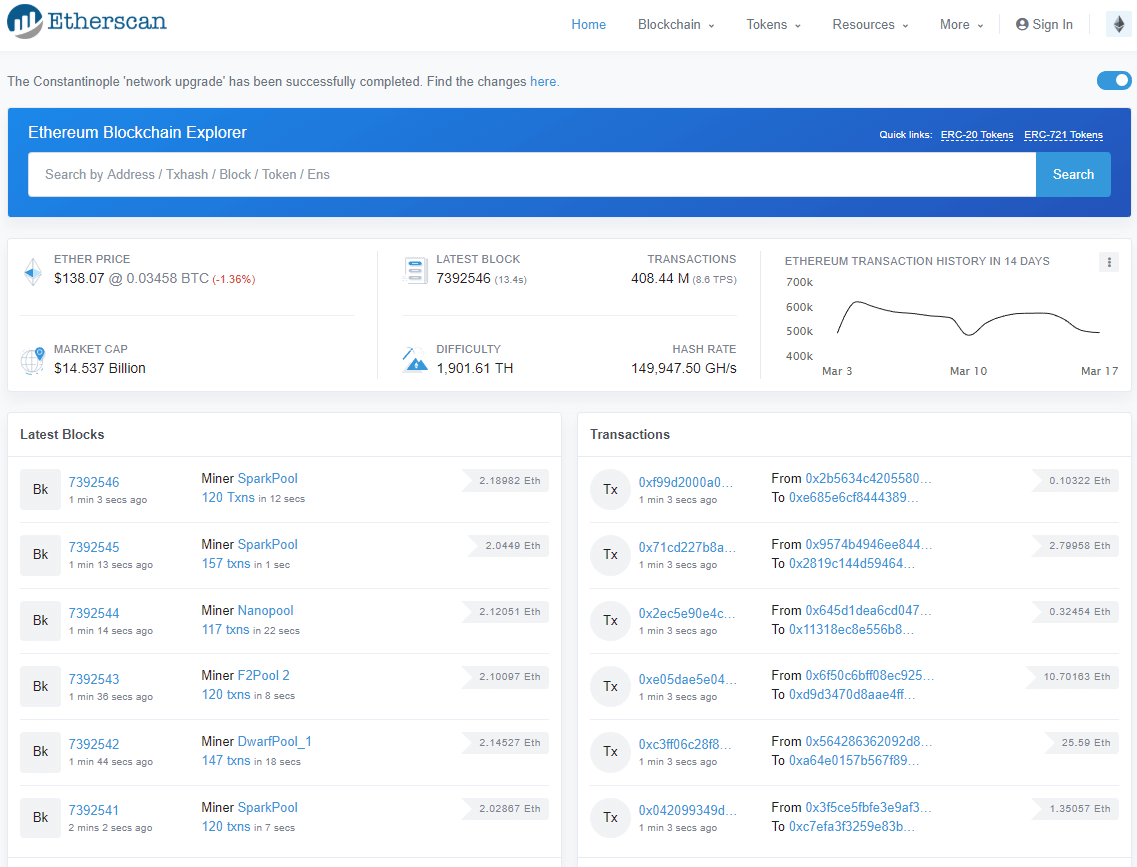 There are some differences in how the Bitcoin and the Ethereum blockchain operate, however, as you can see from the screenshot above, most of the logic remains identical, due to the simple fact the goal of any blockchain is to register information in a decentralised manner.

That said, because ETH has extra data fields, its blockchain becomes a bit more interesting to analyse, for the simple fact one can find very interesting transactions associated to the smart-contract functionality and logic. 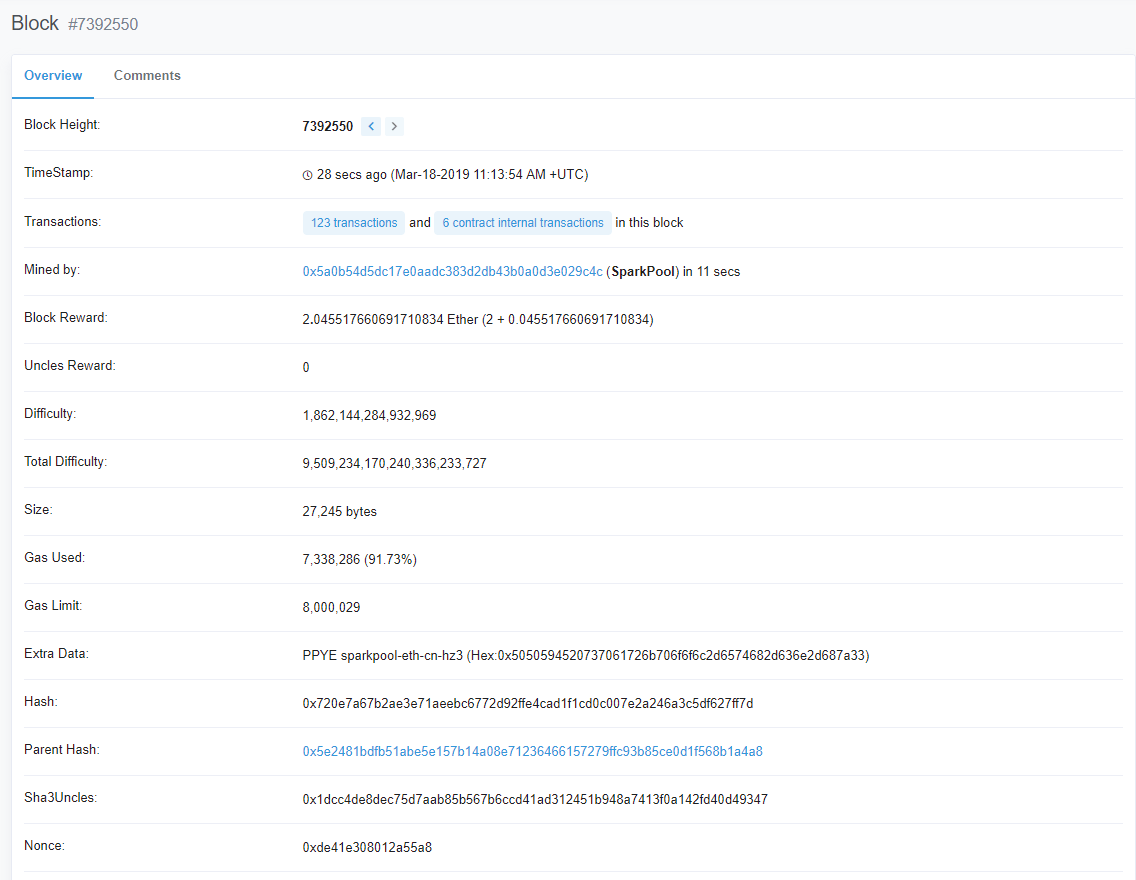 When we look into the Etheruem blockchain explorer, we can immediately see some similarities like the block height, timestamps, difficulty, reward, nonce and so on.

However, ETH transfers use GAS (just another name for the ETH fees) due to the smaller unit of measurement.

Interestingly enough, the key difference between ETH and BTC transactions is the extra data column. In Ethereum, this column allows you to write complicated instructions, or to grant ownership of an asset to the receiver, etc. In summary, with the extra data field, we are able to register a bunch of information, quite easily, in an immutable ledger.

Just like a super-computer focused in safety over speed!

If you want to know more about blockchain technology, the tools available to you, and how they can be used to your advantage, read our dedicated series.

A guide to open-governance models

With the rise of cryptocurrencies, new governance models have emerged. Although some cryptocurrency enthusiasts, academics and FinTech proponents argue regulation could bring some benefits to the cryptocurrency space, other...