An non-fungible token project is aiming to reinvigorate the forests of Colorado through a novel approach towards redevelopment and community-building within the state.

Founded by Colorado residents Nick Brait and Jacob Fox, the Ent Foundation – a Colorado not-for-profit corporation – has been instrumental since its inception in the push for redevelopment within the stricken forests of Colorado.

Its landmark project – Ent NFT – was established as a vehicle for change in Colorado and a “bridge between the real and digital worlds” via the ENT Foundation – which has committed to planting 65 trees with every purchase of an NFT.

It has since placed a key focus on building a community passionate about making positive changes in the world, and is addressing the real-world issues faced by citizens of Colorado on an everyday basis during wildfire season.

As wildfires continue to rage throughout Colorado, the two friends are working tirelessly to bridge the gap through charity-focused NFTs.

“We’re really trying to bridge the gap between the digital and the real world,” said Jacob Fox, a director at the Ent Foundation.

“As people mint an NFT, we can translate that into real-world action by going out, planting some trees and making a real difference.”

The trees planted will be viewable via satellite imagery – allowing holders to know exactly where they’re making a difference in the Colorado forests and bringing a “little bit more of the digital aspect to that real-world charitable activity”.

With the wildfires showing no signs of letting up, Nick Brait, a fellow director at Ent NFT with a background in law, also knew it was time to merge the two worlds into a project that can bring hope and beauty back to Colorado. 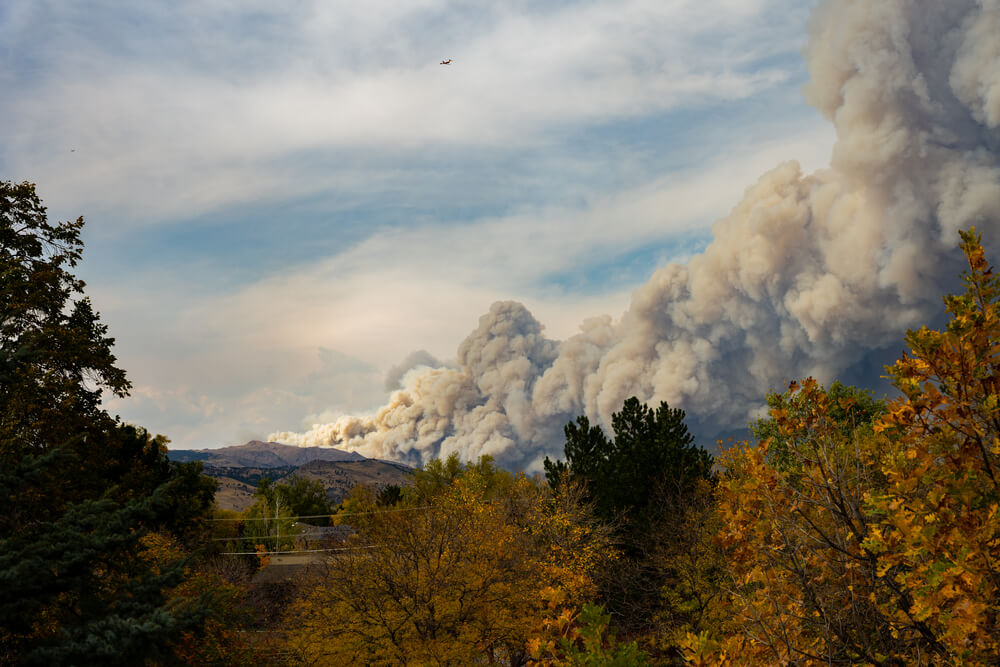 Wildfires have left much of the Colorado forest in need of replanting and renovation. Image – Alex Van Aken, Shutterstock

“The idea was really how do we use this new technology to really benefit situations in the world – you know, real-world problems that we are dealing with right here in Colorado,” he said.

“You walk outside in the summer, and it is full of smoke and haze. So, the idea was to link up that problem with web3.0 and build what we believe is one of the first digital forward charitable organizations where we are doing what a normal charity does.”

Brait expanded further on the foundation’s work in Colorado, saying its work in previous months has been focused on regions that have been “particularly hard hit” by the fires and working closely with local communities and NGOs to “reforest parts of the mountains and other areas in Colorado that have been affected by wildfire”.

Within Colorado, Ent NFT has received positive feedback from the community. Brait noted that groups and individuals the pair have spoken to have “certainly been receptive”, and despite wildfires remaining largely a seasonal issue, the project “has been well received” by Colorado residents.

As a charity-focused, environmental project, climate issues were also considered by the duo. After careful consideration, they chose Polygon – one of the more ‘climate-considerate’ blockchains that has existing NFT infrastructure via OpenSea.

“We did some research into the amount of energy consumption based on different chains and also the network fees that would be associated with. Those are two of the core reasons we went down the polygon path,” said Fox.

Brait also expanded on climate concerns, saying that crypto gets a “bad rap on the environmental side of things” due to the energy usage of proof-of-work blockchains.

However, he remained positive about the impact of  cryptocurrencies, saying “the more that we can do to link these technologies to real-world environmental benefits is a great thing not just for the planet, but also for blockchain technology”.

Ent NFTs come with an array of accessories, traits and benefits to holders including planting drives, exclusive events and participation in its DAO

Moving forward, the team is due to begin planting trees later in 2022 – with Brait speaking highly of the projects lofty ambitions and how influential they can be to the sustainability of the planet.

“We would like to get to a million trees planted as quickly as possible,” he said.

“I honestly believe that even a small fraction of that is a success in and of itself. If we can plant a million trees doing this, I think it’s a win for us, It’s a win for the planet and hopefully, it’s a win for our donors.”

The next steps for Ent NFT are focused on building out its like-minded community and establishing a Decentralised Autonomous Organisation (DAO) to allow NFT holders to influence and vote on future decisions.

“A DAO really focuses on decentralized autonomy for the organisation and empowers different regions around the world,” said Fox. He also expanded on his desire on implementing a “community-driven consensus mechanism for future decisions” within Ent NFT.

Expanding further on the community aspect, Ent NFT hopes to run a tree planting event and “empower community members to get out in person and dig into the dirt” alongside establishing virtual planting events and concerts for holders.

Brait also sees ample opportunity in “the ability for web 3.0 to converge with the non-profit sector”, saying the charity model established by the Ent foundation “can be used to support other projects and other charitable goals”.

“We can take this model and help other people make their NFTs support their own causes. I think then, you’re really multiplying the good that you can do,” he explained.

“And it’s not just trees anymore. It’s whatever you want it to be.”

Regulator calls for identification of crypto owners in Russia