Discover an easy way to create your own token, using an Oracle created Token Wizard that's maintained by the POA team

One of the most attractive features of Ethereum is the ability for anyone, even with little programming knowledge, to be able to create their own currency or token on top of the Ethereum blockchain.

ICOs, or initial coin offerings, have powered many startup projects through this new financing mechanism. After the ICO-craze of 2017, people started to understand there were issues with decentralised financing as companies could easily scam investors, with little consequence.

Despite that, the technology remains and it may power future companies to find new ways, such as through DAICOs, or Decentralised Autonomous ICOs, to raise funds for their projects, depending on the success and completion of milestones and validation by users through voting mechanisms.

Today I aim to teach you an easy way to create your own token, using an Oracle created Token Wizard that’s maintained by the POA team.

In order to make the deployment of such tokens easy, we can’t really expect every user to understand how programming in javascript works, much less how to compile contracts in solidity into byte code so that is readable by the Ethereum virtual machine.

That would be crazy indeed.

In order to help us out, the amazing POA team released this neat token wizard that helps us easily create and deploy a crowdfunding smart contract, which is a fancy way of saying “creating a token”.

There’s only a couple of things you need before diving deep into the wizard. Let’s grab our checklist: 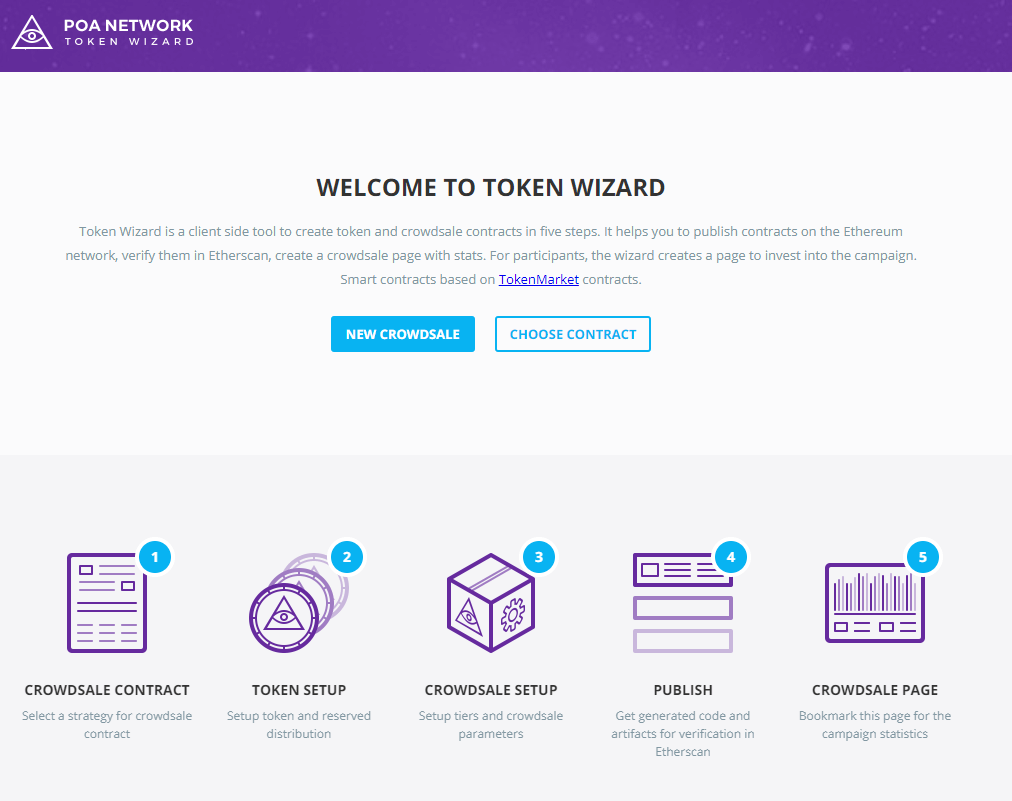 The only thing you need to do is to open the webpage and follow the instructions. Simply put, the idea is that when you click in “new crowdsale”, you’re taken to the initial crowdsale page where you can setup the Token name, decimals and symbol. You can also select addresses to reserve some tokens to, both in number or as a set percentage of the total supply – it’s pretty handy to reserve tokens for early investors, team members, or advisors, for example.

Next, you can setup a whitelist if you wish to make your crowdsale private. You have the ability to setup different stages as well, such as if you want to give discounts, extra tokens or even if you want to setup independent milestones.

The idea is that you can quickly give the ability for your investors to disperse risk by contributing more or less in different stages.

Participating in the crowdsale 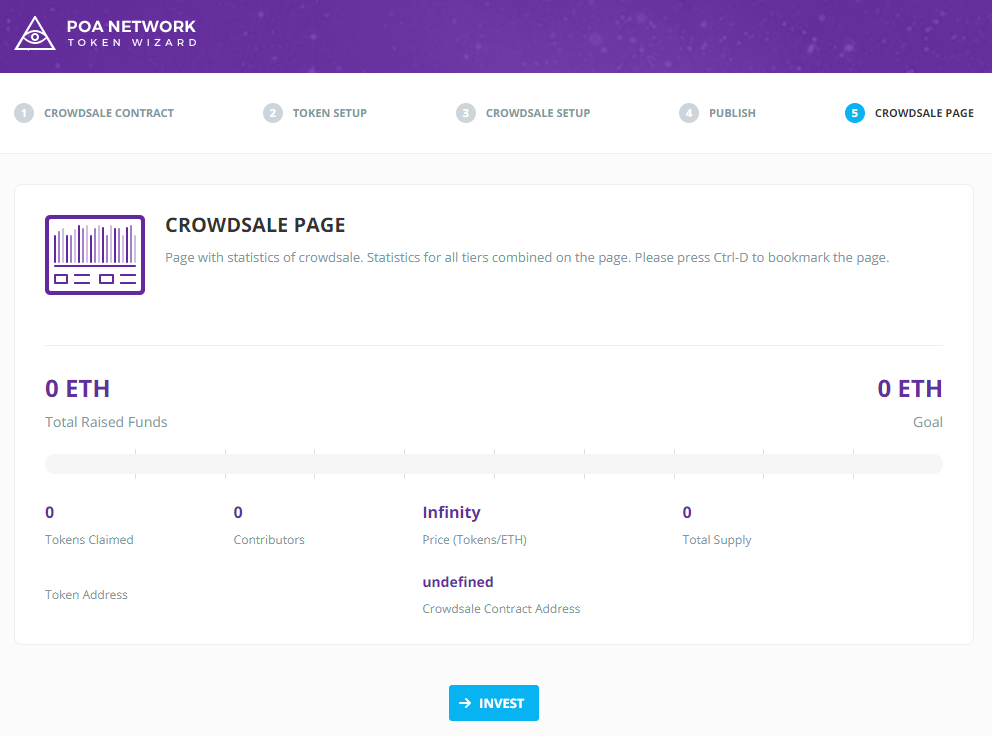 After you’re done, you can bookmark the page and share it with your community.

The idea is that any user can invest by using the dashboard alongside Metamask. Tokens can be later added to each users’ wallet, by following the instructions here.

When a crowdsale is created, it’s possible to set it up in a way that amendments can be made. For instance, if you need to change the dates or wish to increase the token amount before the totality of the crowdsale is finalised.

The idea of the token wizard is to give users a very simple toolkit to create a crowdsale to finance their project in such a way it’s possible to diversify risk among investors, through the addition of milestones.

All the contract functionalities are available in POA’s GitHub. After a contract is created, it is advised to verify it following these instructions.

London has been named as one of the world’s leading blockchain hubs and a haven for start-ups, according to the latest industry research. Analysis has revealed that more than...