A historic power plant facing demolition has been saved by a cryptomining company.

The Old Rainbow Powerhouse on the Missouri River in Montana was built between 1908 and 1910, and made a major contribution to the development of the state’s mining industry and electrification of its railroads.

However, the site faced an uncertain future after it stopped operating in 2003.

Now it will live on after the Federal Energy Regulatory Commission (FERC) approved an application to convert it into a cryptocurrency mining centre.

When computers solve these intricate questions, they produce new coins.

The process consumes vast amounts of power, making the process unviable unless miners have access to cheap electricity. 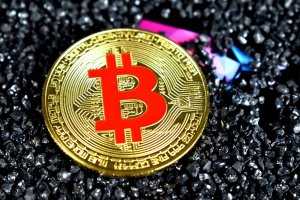 An FERC document says the Northwestern Corporation proposed to lease the old powerhouse to California-based firm Susteen for cryptocurrency mining.

The document states: “Based on the historic value of the Old Rainbow Powerhouse, a 110-year-old building, and the local community’s desire to preserve it, the licensee has worked with the Committee to identify a viable alternative use for the building that does not conflict with project operations, and is financially viable, safe, and secure.

“The licensee filed the subject application requesting Commission approval to lease the Old Rainbow Powerhouse to Susteen for development as a Digital Asset Mining Data Centre.

“The proposed data centre would have minimal impact and maintain the historic character of the building.”

Susteen is a design solution provider that appears to be venturing into blockchain.

My Net Doctor signs up to MediConnect’s blockchain platform

Russian mining firm plans to sweep up remaining 20% of Bitcoin