Zytara will collaborate with Inter to further develop the club’s mobile app, with the ambition of integrating Zytara’s “digital-first” banking technology into an “immersive experience” for Inter Milan fans.

The Zytara app, which provides banking services for consumers, will then be integrated into the Inter Milan App, allowing fans to log in to their Zytara account directly and enable access to crypto-based products.

As part of the partnership, the Inter Milan App will then become the primary method for fans to purchase tickets to all Inter home game matches.

Alessandro Antonello, CEO of Inter, spoke positively about the partnership and embraced its potential to reach a more global audience.

“We are proud to welcome Zytara as our new global partner and for Inter to officially join the DigitalBits ecosystem, who will also become our new sleeve sponsor,” he said. 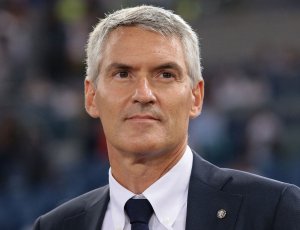 “This agreement reflects Inter’s commitment to set the global standard for technological excellence. While digital-first experiences are vital for all sport clubs, our partnership aims higher.

“By leveraging Zytara digital banking and blockchain technology we will be able to enhance our global reach towards younger and digital-savvy audiences.”

Inter will also utilise the DigitalBits blockchain to integrate and accept its native cryptocurrency, XDB, for in-stadium payments, online stores and physical retail locations across Milan. The blockchain will also be used to create “digital player cards and digital collectables” in the form of NFTs.

Al Burgio, Founder of Zytara and the DigitalBits blockchain, spoke of his delight in partnering with Inter Milan.

“This partnership with Inter, much like their heritage, is focused on excellence,” he said.

“Our collaboration will position Inter as one of the most technologically advanced and forward-thinking clubs in the world. We’re thrilled to partner with the reigning Italian champions and a club with such a rich history.”

To commemorate the launch of the partnership and to encourage the adoption of the XDB token, a limited edition series of Inter Milan merchandise will be made available by the end of September.

Additionally, the DigitalBits brand will become the new sleeve partner of the Nerazzurri. The cryptocurrency’s logo will appear on all Inter jerseys for both the Men’s and Women’s First Team, and for the Primavera and Youth Teams during all official domestic and international matches.

Cryptocurrency exchange Coinbase has established a 'Protocol Team' to nurture developer and engineer communities within the industry.

What is Binance Smart Chain?

Binance smart chain is a fast and economic blockchain which offers smart contract compatibility with Ethereum.

Coinbase says it is continuing to investigate yesterday's delayed withdrawals, but claim the issue has now been resolved.