Iran’s cyberspies will use cryptocurrency to fund information warfare against the West, warns an ex-CIA officer.

US cryptocurrency expert Yaya Fanusie says that it is likely Tehran will step up cyberattacks and propaganda against the US despite tensions easing following the US assassination of an Iranian general and a retaliatory Iranian airstrike on an American military base.

Mr Fanusie, now adjunct senior fellow at the Center for a New American Security think tank, says Iran is likely to use cryptocurrency to fund disinformation tactics in the upcoming US election, similar to how Russia used digital currency as part of its alleged interference in the previous campaign. 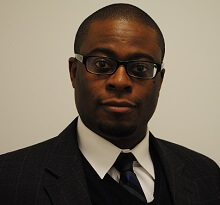 “Crypto helped Russia mount that operation to purchase VPNs, rent computer servers, and buy domain names – it was mostly paid for in Bitcoin,” he said.

“The US needs to understand information warfare is a growing part of cyber. It’s relatively easy to do a social media campaign with bots and the like.

“Crypto plays a role as you can hide your identity when purchasing these tools.”

Cybersecurity experts and government officials have already seen a spike in activity from pro-Iranian hackers and social media users.

Iran has been hit with severe economic sanctions by the US, and the Iranian government has been probing the use of cryptocurrencies such as Bitcoin to dodge such sanctions.

Binance and Huobi receive more illicit Bitcoin than all other exchanges

Wave Financial Group (Wave) has announced that it has received its first round of investment from clients and has brought 1,000 barrels of Kentucky bourbon whiskey from the Wilderness...

Algorand is now an official blockchain for USD Coin (USDC).  The newly released mainnet implementation of USDC for Algorand is available today, and becomes the second major blockchain after...

Blockchain firm ICONLOOP has teamed up with Korea’s largest job search platform, SaraminHR, to implement a blockchain technology solution in the recruitment and staffing sector in South Korea. Earlier...